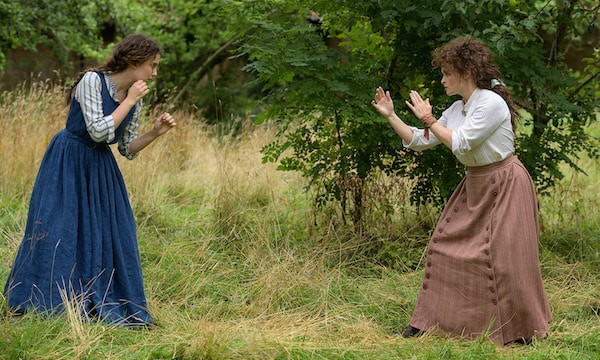 While the filming of Enola Holmes 2 with Millie Bobby Brown has still not started, the presence of Helena Bonham Carter has been confirmed!

A few months ago, Millie Bobby Brown fans were able to discover her in a new universe than Stanger Things. If the Netflix series succeeded in making her known, she had the chance to work with Helena Bonham Carter thereafter.

Thanks to Stranger Things, Millie Bobby Brown saw her career in the world of cinema explode. On social networks, she is followed by millions of people. She even had the chance to become the heroine of a Netflix movie.

This is Enola Holmes. Millie Bobby Brown has also respected his role to perfection in the Netflix movie. Allo Ciné has also unveiled the synopsis. “England, 1884. On the morning of his 16th birthday, Enola finds that her mother has disappeared« .

“Having lived a fairly free existence until then, she finds herself under the tutelage of her brothers Sherlock and Mycroft. Both decided to send her to a suitable school for young women of her rank« .

It is also Helena Bonham Carter who embodied the role of Enola’s mother. And it seems that the Harry Potter actress has agreed to play in the sequel to the Netflix film.

For the sequel to Enola Holmes, Helena Bonham Carter will therefore join Millie Bobby Brown but also Henry Cavill. Despite his very addictive role in The Witcher, the latter also answered present for Enola Holmes 2.

It was Variety who announced that all the cast had agreed to return to the film. Some people still wonder what is going to be able to talk about the sequel to the Netflix movie.

So far, Netflix has given very little info about Enola Holmes’ sequel with Millie Bobby Brown. One thing is certain, the shooting has still not started. Indeed it should start next October.

The filming of Enola Holmes with Millie Bobby Brown is also scheduled to take place in the city of Hull, England. Residents have also been warned that several roads were going to close while filming.

One thing’s for sure, fans can’t wait to hear more about the movie’s sequel. While waiting to find out more, it may well be that the actress is playing in a spin off for the Stranger Things series.

Deadline recently revealed: “There have been discussions about the possibility of star Millie Bobby Brown playing the headliner of a project that expand the universe of the Duffer brothers« .

The media also added: “Notably through her huge contract which binds her to Netflix”. One thing is certain, the career of the young woman is only just beginning. She is expected for many projects.

In addition to cinema, the main interested party has also created her own vegan beauty brand. The latter was a real hit with her fans. It remains to be seen what Millie Bobby Brown reserve as projects for the future.

It will be necessary to show patience before you find out. Case to follow!