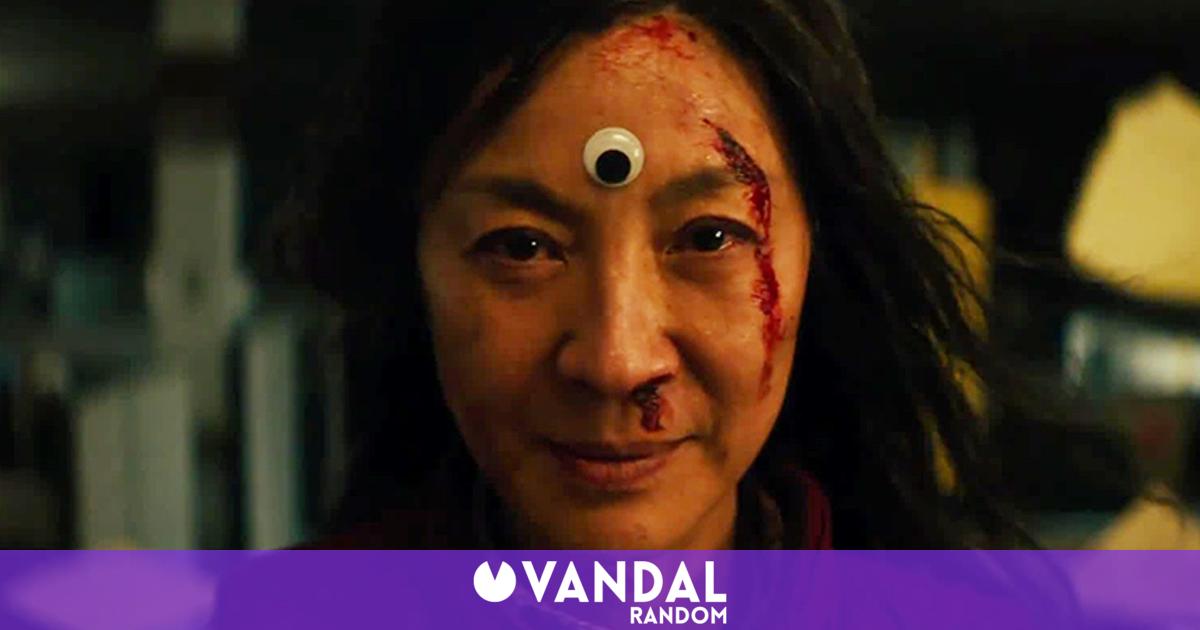 If we thought that the Marvel multiverse thing was crazy, it is that we still had not seen the trailer of Everything Everywhere All at Once. It is the new film headed by Michelle Yeoh in the cast, described by a24 as one: “A pica sci-fi / kung fu adventure” starring “crazy geniuses”. In the cast we also find Ke Huy Quan, James Hong and Jamie Lee Curtis, all of them directed and written by Dan Kwan and Daniel Scheinert (Swiss Army Man). If you are ready to see the trailer, we leave it below:

Everything Everywhere All at Once, multiversal madness with Michelle Yeoh

If the trailer has left you with the crazy neurons, don’t worry: us too. And is that Everything Everywhere All at Once It is just what it promises: a hodgepodge of things, all mixed together and all at the same time. The story starts when a Chinese immigrant in the United States (Yeoh) that he tries to do the same as every neighbor’s son: survive, pay his taxes and have a quiet life.

As well. It seems that it will not be able to do any of the three things. The plot takes a 360 or more turn when it is discovered that her character, Evelyn Wang, could be key to saving humanity. Of course, as in any science fiction story worth its salt, this triggers a whole series of events, each more incredible. Without going any further, Evelyn will have to visit versions of herself from various alternate realities. And she just wanted to pay her taxes.

Evelyn Wang, from normal life to leaping through the multiverse

In this first trailer we have already been able to take a look at all those Evelyn that Yeoh will have to embody in the course of history. We definitely do not know if this is another madness like those of Marvel or even like the Matrix, but it is clear that it has been proposed not to leave viewers indifferent. Its release date in the United States is set for March 25, 2022.