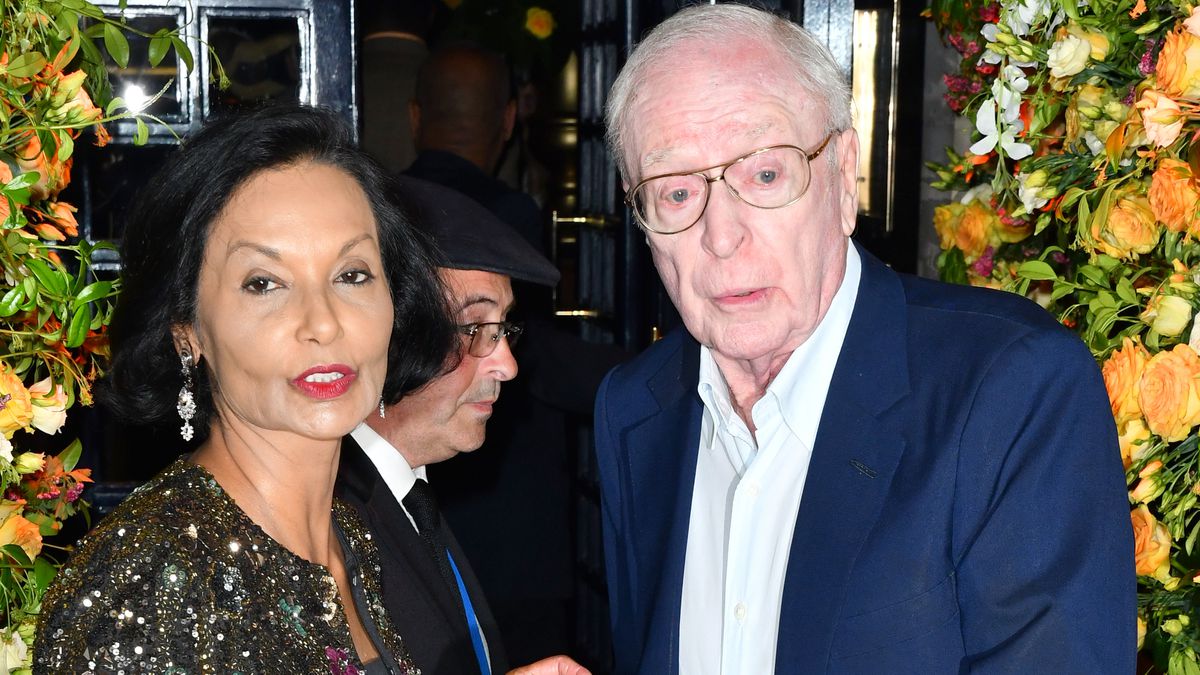 British actor Michael Caine turned 88 years old last March and at that age he has given a statement to the British magazine Candis in which it has stated: “I have decided to live a little longer, I have reduced my alcohol consumption and I have a new perspective on life. I thought I was not going to have grandchildren and suddenly I have three “. This condition has made him change his priorities, his perspective and even his way of carrying out his day to day: “Being a grandfather has given me a new lease of life,” he said about his grandchildren, Taylor, 11, and the twins Miles and Allegra, 10.

The prolific performer, who has more than 154 films in his track record, including titles such as Alfie, The Italian Job, Educating Rita, for which he won the BAFTA and a Golden Globe in 1983, Hannah and her sisters Y The rules of the Cider House, for which he was awarded the Oscar in 1986 and 1999 respectively – he already took a first step with his alcoholic intake in 2017 when certain health problems obsessed him with getting cancer. However, it was now when he declared that he had turned this attitude into a flag and explained that his great engine for wanting to stay healthy and stay alive for a few more years are his grandchildren: “They are my fountain of youth and they have given me a new chance at life. without any of the worries or problems. I am completely in love with them and my wife too, “he said in reference to the former model and actress of Guyanese-British origin Shakira Baksh (74 years old), with whom he has been married since 1973.

Professional successes and awards seem to now take a back seat in Caine’s long life in favor of getting more time for his family: “I had some successful moments in my life, I won two Academy Awards and I was given the title of sir … I thought there could be nothing better than that, but then I had my grandchildren and they are better than anything else, “he said. He also affirmed that despite his legendary and long career as a performer, he considers that his greatest achievement has been being a father. Caine has two daughters, Dominique, 65, the result of his first marriage to actress Patricia Haines – from whom he separated in 1962, seven years after their wedding – and Natasha, who is now 48 years old, the fruit of his long union with Baksh. Women with whom the actor revealed that he loves to spend as much time as he can and who he tends to “spoil.”

Michael Caine hasn’t made big headlines in a world accustomed to excess. He has always maintained a restrained profile and without scandals; with two great known loves, his two wives, and without love affairs that have come to light. They, as he has recognized in numerous interviews, were the ones who pushed him to make his dreams come true, and in particular Shakira, with whom he has been married for 47 years, made him focus to become a celebrity recognized by Hollywood. “She calmed me down,” he said in different interviews. “When I was younger I was a bit of a shit artist, I used to drink a bottle of vodka a day and also smoke several packs of cigarettes. I was not unhappy, but I was stressed, ”he says, detailing that this state could be generated by a photo session, the doubt whether the alarm clock would ring on time or fear in case the role he was to play the next day would be known.

His insecurities then turned into fears of death as he has been years old. In March 2017, when he was 84 years old, he gave an interview to The Sun on Sunday in which he stated: “My days are numbered. Death is my main concern. I have reduced my alcohol consumption a lot and I am always looking for ideas against cancer: I will eat this, I will do that … ”. A fear that is related to the illness of his father, who suffered from liver cancer, and whom Caine saw suffer from it, so much so as to explain that he asked the doctor who treated him to help him die to end the pain. Reason why whenever he has been asked about euthanasia he has answered that he supports it: “Yes, if one is in a situation in which life is no longer bearable,” he justified.

None of this means that you have thrown in the towel and dedicate yourself solely to a peaceful contemplative life. Michael Caine is still active; this same year the film has been released Best Sellers. At his side is always his family and a good script to value. He was born in London to a working class family and did not have a great education. In fact, he dropped out of school when he was 15 years old, he was a plumber, a dishwasher in a restaurant and he worked in a laundry, but there was his dream of becoming an actor: “I did everything to get to have my first character. I tried very hard but I always knew what I wanted, ”he said years ago. When he managed to have small roles, he met his first wife, actress Patricia Haines, but his insecurities turned this first marriage into a torment. “He was immature. I could not lead a family life and tolerate the adversities of a career that was not yet consolidated, far from it, “he said in a tribute they made to him when he turned 70 years old. They separated seven years after getting married and she died in 1977, at age 45.

The leading roles began to arrive in Caine’s life, but the actor felt the pain of failure and loneliness in his personal life. It was nine years before he met Shakira Baksh, to whom he was attracted by watching her dance on television in a coffee commercial. So much so that he was willing to travel to Brazil immediately to meet her, something that was not necessary because a friend informed him that she was from Guyana but was living in London. The actor had to insist a lot until the model and actress agreed to have a drink with him, but they married in 1973, had their daughter Natasha and since then they have continued together. Shakira has been his great love and also his lifeline: “Without her I would have become an alcoholic and I would have died years ago,” he confessed in an interview. “Meeting my wife made me regain my life,” he added.

That does not mean that in so many years of marriage they have not had to overcome a crisis, but none of them have ever broken up with their partner. Now he only fears the ghost of pain, he has his daughters and grandchildren as anchors who hold him to life with emotion and he affirms that the cinema will have to be the one that dispenses with him and not the other way around.