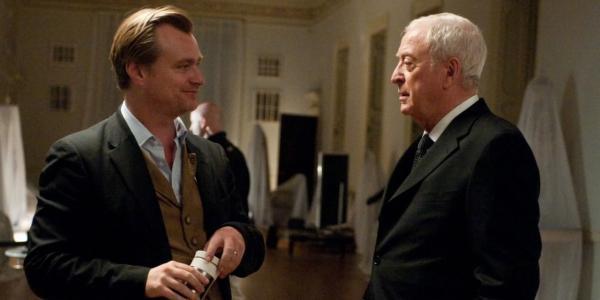 The Batman trilogy of Christopher Nolan It is considered by many as one of the great achievements of superhero cinema. Definitely Batman: The Dark Knight (94%) will continue to be considered for a long time as one of the best exponents of the genre. For the same reason, more than one person would like to see the director direct one more movie for DC, but that doesn’t seem like it will happen anytime soon.

We recommend you: Cinemas support directors against streaming: “they are on the right side of history”

Among many of the film’s most beloved elements is Michael Caine bringing Alfred to life. He and Christian Bale They had great on-screen chemistry and for the same reason, it’s unlikely we’ll see a better Alfred anytime soon. That brings us to the issue at hand. How the famous actor got this role. One would think that the story behind that would simply be that one day his agent told him that the studio wanted him for the role and that’s it… But no. The actor just said that Nolan In person he went to visit him to offer to play Batman’s butler. That was revealed in an interview for Variety. Apparently what Nolan All he had to do was explain that the character was not simply someone who said that dinner was already served. You can read what he said below:

I have a country house and I was there on a Sunday and then the doorbell rang and I was close to him, so I went to see who he was. And there was this man standing with a script in his hands and he told me that he was a film director. He asked me: Can I come in? And then he said, ‘I want you to play the butler in Batman.’ So I said, ‘To the butler? What am I going to have to say? What is dinner served? He answered me no, that he is Batman’s godfather and a much bigger role than that. That’s the first thing I remember about Christopher Nolan. And acting in the movie was absolutely fantastic. The thing with Nolan is that you never know what’s going on in the scene, as an actor. And if you ask him, he answers ‘I’m going to tell you after you’ve done it’.

This anecdote shows that Nolan was very clear about what he wanted to do and that he knew that some people might have doubts about it, but it was enough for him to have a well-defined goal and explain to others what his plans were. That said, it’s interesting to think that he went in person with Caine to offer him the role. Taking into account what the actor thought, perhaps he would not have accepted it, but it would have been because the director explained what it was really about. The good thing is that in the end he did accept. The trilogy of Nolan it definitely wouldn’t be the same without Caine in her. It’s part of what makes those movies so magical.

You should also read: Zack Snyder thinks Christopher Nolan is a genius and says they respect each other

On the other hand, the producer of the tape Charles Roven he said recently in an interview for The Hollywood Reporter that in that industry you never say never, referring to a possible return of Nolan and Zack Snyder a DC:

I’m going to give you a quote from Terry Gilliam. Terry and my first wife [la fallecida ejecutiva del estudio Dawn Steel] they fought bitterly for the cut of The Adventures of Baron Munchausen. And he was sure that he would never, ever be involved in anything to do with Dawn. And then I offered him 12 Monkeys and he laughed and said, “Well, you can’t really burn down a bridge in Hollywood, can you?” The fact of the matter is that I would never say never about anything when it comes to entertainment, different ideas, ways to get back.