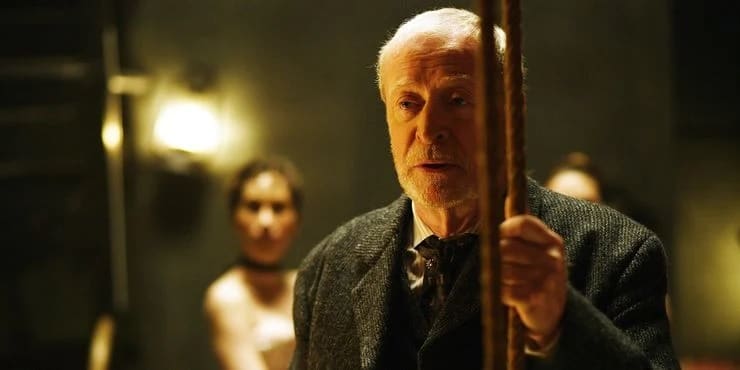 Living legend of cinema, Michael Caine is reportedly not to retire, despite statements he recently made announcing that his new Best Sellers movie would be his last. The actor achieved worldwide fame in the 1960s thanks to classic films such as Alfie, The Ipcress dossier and Italian Job.

Of course, Michael Caine has retained his acting status over the decades, winning two Oscars for Best Supporting Actor in the process. In recent years, the actor has bonded with director Christopher Nolan, appearing in several of his films, most notably in the Dark Knight trilogy, where he memorably played Alfred, Bruce Wayne’s loyal butler. This year, the actor is back on the big screen in Best Sellers, alongsideAubrey Plaza, in a drama about a reclusive writer who becomes an internet phenomenon as he promotes his latest book.

It seems, however, that the actor’s announcements about the end of his career have been somewhat exaggerated. According to Variety, Sources say Michael Caine, 88, is in fact not retired and is currently studying two scenarios. Despite the fact that Michael Caine has declared in person that he has not received any project proposals for the past two years:

“There aren’t really any scenarios that come out afloat in which the lead actor is 88 years old. “

During an interview with Kermode and Mayo’s Film Review, in which he made everyone feel like they’re retired, the actor brought up his own physical limitations, saying he has a “problem. spine ”that affects his ability to walk. Michael Caine also said he took up writing and no longer acting.

“Which is lovely because as an actor you have to get up at half past six in the morning to go to the studio. As a writer, you can start writing without leaving your bed! “.

Good that Michael Caine certainly gave the impression of having turned the page of his acting career in these statements, it seems he may have joked a bit with the media. Of course, Michael Caine’s agent surely wasn’t thrilled with these remarks, declaring his retirement is a sure way to stop receiving scripts.

Obviously, someone wanted to clear up any confusion about the actor’s status and quickly reached out to Variety to spread the information that he was still in business. It is not known which are the two scenarios that the latter studies, but we can assume that one of them is Oppenheimer, the new project launched by Christopher Nolan, longtime collaborator of the actor.