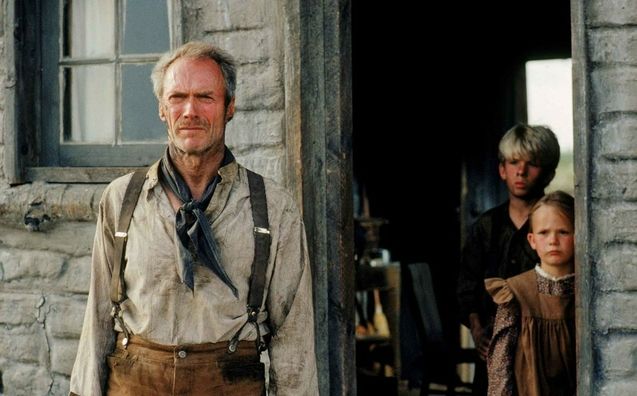 In front of and behind the camera, Clint Eastwood not only signed with Ruthless one of his best films, but also the ultimate post-modern western.

A sunset. It is on this image that could not be more logical and sublime that opens Ruthless, already announcing the way the film will deliver twilight of a kind invested by its author for many years. If the western has often been considered for its lyricism and romanticism, Clint Eastwood’s feature film only clings to it in this inaugural shot, as if to better mark its purpose.

As a matter of fact, Ruthless even begins at the end. Not that of his story, but that of another film, off-screen, which would have had its place in a classic western. Cowboy William Munny, after a life of violence and debauchery, eventually found his redemption by falling in love with a woman who managed to get him out of his whiskey addiction. Leading peaceful lives with their two children, the couple lived happy lives, right up to this foreground, where Munny’s figure is seen burying the one he loved.

Beauty and the Beasts

So, Ruthless has the genius to present itself as a two-hour epilogue, in which Munny (brilliantly played by Eastwood) agrees to partner with a young cowboy, nicknamed the “Schofield Kid”, for a final bonus. In the town of Big Whiskey, two men severely slashed a prostitute, Delilah, before being released by the town sheriff, “Little Bill” Daggett, with a paltry fine. Delilah’s colleagues and friends, in a surge of anger and solidarity, have raised no less than a thousand dollars for those who will agree to kill the two criminals.

From this resolutely dark and feminist premise, Ruthless is moved by a magnificent wisdom, a maturity that allows him to take a step back with the iconography of the western, who nevertheless made the heyday of Clint Eastwood since the series Rawhide. At the same time, it’s interesting to know that the David Webb Peoples screenplay has been hanging around Hollywood boxes since at least the 1980s. 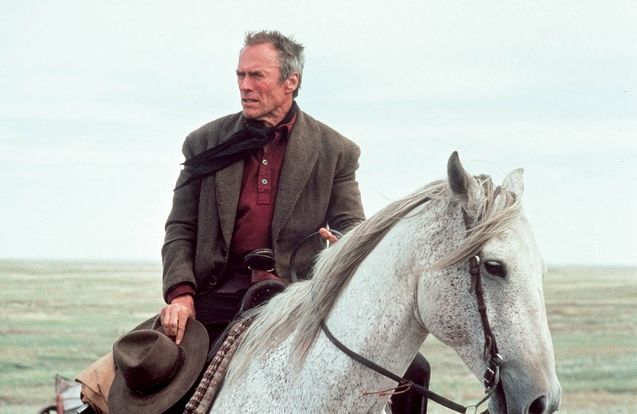 Indeed, it is thanks to a reader of the Warner Bros. that Eastwood had the opportunity to discover this little gem, then reserved for Francis Ford Coppola. Wishing all the same to collaborate with the author, the scenario writer finally realized that the option emitted by the director ofApocalypse Now had just expired, to which he immediately reacted by reserving in turn the rights to the scenario. Despite this, it took ten more years for him to finally launch the production of this dream project, the time to reach the perfect age for himself to play the main role.