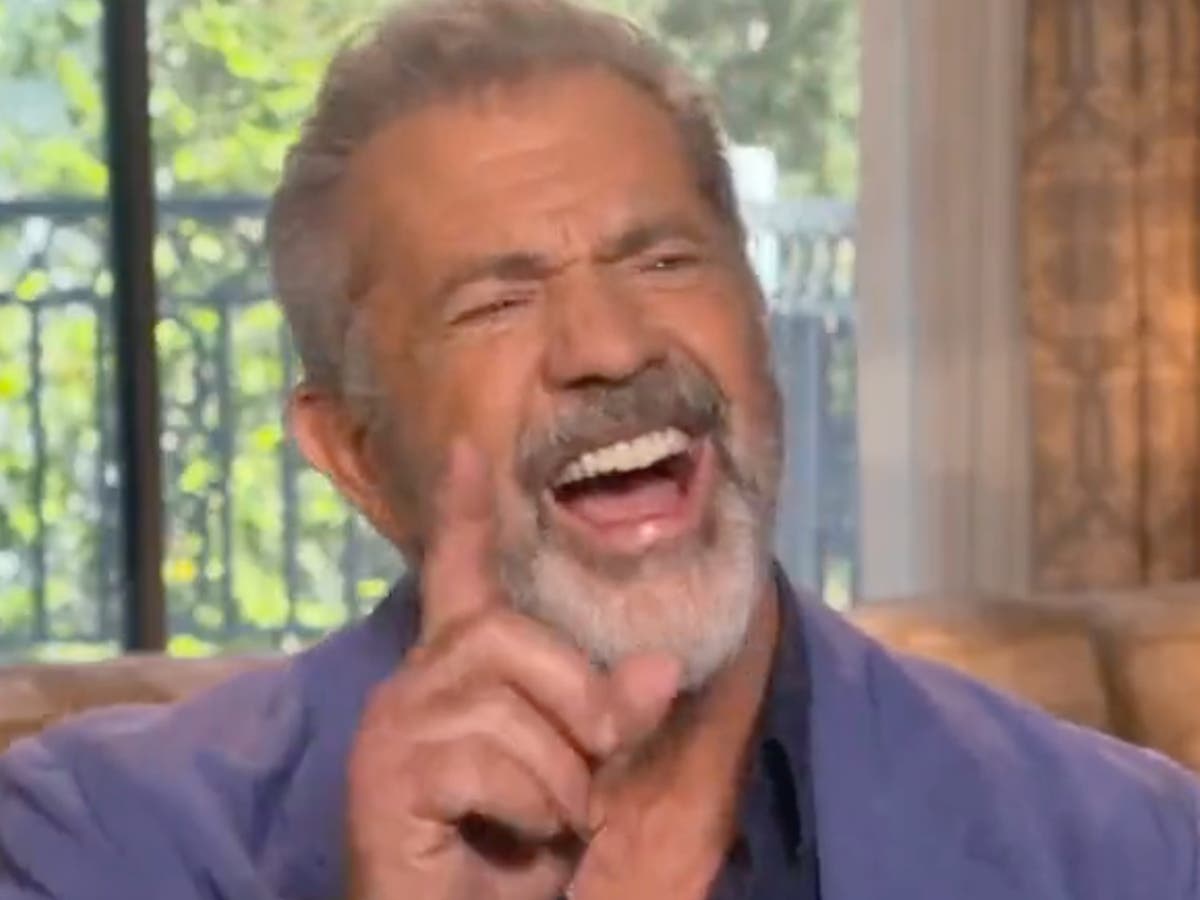 Mel Gibson’s interview ended awkwardly after he was asked a question about Will Smith.

The actor and director was talking about his new movie, Father Stuwhen the conversation turned to the incident in which Smith slapped Chris Rock during the 2022 Oscars ceremony last Sunday, March 27.

Fox News host Jesse Watters commented, “You probably understand it better than a lot of people, with your career. I was wondering if, you know, you would have jumped out of your seat and slapped Chris Rock in the face if you had been treated the same way, Mel.”

Gibson can be seen smiling and pointing at the camera. It was obvious that he wanted to avoid a media blast. His publicist’s voice can be heard saying, “Hey Jesse, thanks, our time is up.”

Watters tries one more time and asks, “Did you ever think of that?” However, Gibson’s publicist repeats: “Thank you, Jesse. Uh, our time is up.”

In what became one of the most talked about moments in Oscar history, Smith slapped Rock onstage after the comedian made a joke about his wife, actress Jada Pinkett Smith. The incident occurred after Rock made a joke about Pinkett Smith’s shaved head. She has openly commented in the past about her alopecia diagnosis.

Smith went on to win the Best Actor award for king richard at the arrival ceremony, he received a standing ovation from many celebrities in the crowd.

The actor, following criticism, resigned as a member of the Academy, but also faces disciplinary action.

He also offered an apology to Rock, and the comedian commented during his first show on stand up since the incident on Wednesday, March 30 that “still processes” what happened.

In 2006, Gibson was arrested on suspicion of driving under the influence in Malibu and making anti-Semitic comments to a police officer, for which he later apologized, saying the comments were “made in a moment of insanity.”

According to a police report, Gibson asked the officer if he was Jewish and exclaimed, “Fucking Jews. The Jews are responsible for all the wars in the world.”

The actor was blacklisted in Hollywood for a short time, but, in 2017, he was nominated for Best Director for Hacksaw Ridge, starring Andrew Garfield.