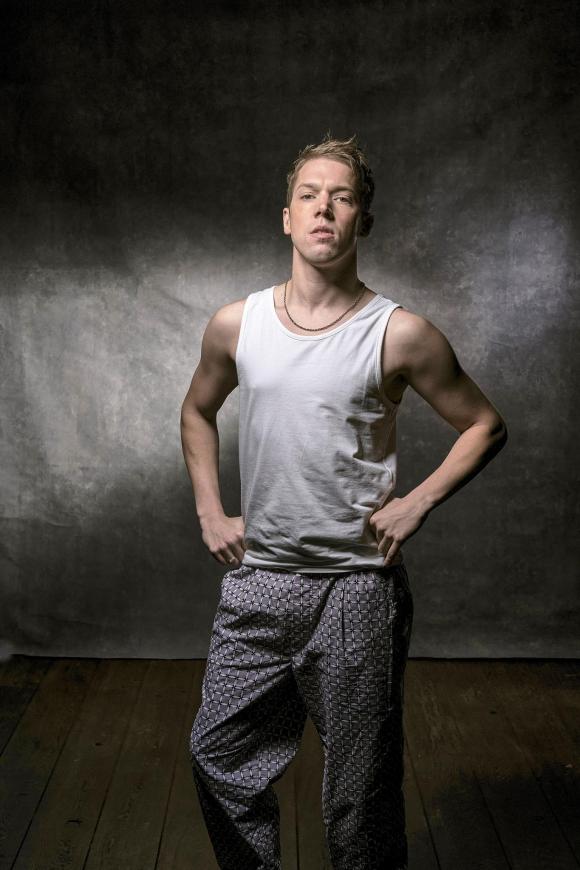 Certainly, he is one of our most talented artists. Also the most touching. At 31 years old and with a few notable roles to his credit, Thomas Mustin, alias Mustii, finally publishes his 2nd album against the backdrop of a family drama that has long disturbed him: his uncle’s schizophrenia. He exorcises it here but assures that “the goal is not to tell the story of my family, but that everyone can find themselves in the journey of an individual who wants to get in touch with others”.

As Mustii does, through his (or rather his) art(s). Even her style of dress says something. And will make many dream of it…

The story you tell in this album, “It’s Happening Now”, is that of your uncle, a schizophrenic, who committed suicide several years ago. It is therefore an album that we imagine not easy to create because the subject is very sensitive…

It is especially for my father that it is fragile. It took me a long time to dare to talk to him about it. At the start, I was a little vague, I told him that I was going to talk about mental illnesses, without putting my uncle Michel’s face on it. It took a long time to come to terms with my father. And at one point, I put my feet in the dish. My father didn’t have a negative reaction but just a little questioning on how I was going to talk about Michel in music. I started with an image, a story, I wrote everything with what I know of him, the memories I have of him, with the aim of paying homage to him and being able to connect with him. Because I could never really connect with him, it was impossible.

We all have a moment in our life when we have the feeling of being a little apart, apart

Mustii is your avatar for the stage. But to what extent, by approaching a family history, is it not Thomas (Mustin) who is the artist here?

Mustii helps me, Thomas, to address themes that I like which are always linked to loneliness, connection with others, the desire for integration,… Of course, there are similarities with me and what I lived as a teenager. Nobody cares about my uncle and my family, the goal is not to tell the story of my family, but that everyone can find themselves in the story of an individual who wants to get in touch with the others but who is parasitized by his disease. And we all have a moment in our life when we have more trouble, when we don’t feel right in our boots. It’s the feeling of being a little apart, apart and struggling against. For him, it was a constant struggle to connect with others.

Do you have to be a bit tortured, worried, to be an artist as you envision it, singing and playing?

You have to have obsessions, questions. Tortured, I don’t think. The best, I have the impression, is to create when you feel good, when you are serene.

In the next few weeks, you will be starring in a film, a series and you will be playing in the theatre. You keep saying that being an actor is your priority? Music never takes precedence over cinema and theatre?

For me, the stage, singing, is also a form of acting. But I really consider myself an actor… an actor who sings.

For my look, I work with the Antwerp stylist Tom Eerebout…who is Lady Gaga’s best friend!

The look is also an integral part of Mustii, of what you want to offer artistically. What does your style say?

Recently, when I sang on the Grand’Place, I was in a faux denim jumpsuit, and I was very literal in relation to the album, in relation to the story of my uncle Michel who dressed like that in the 1970s. I work with a stylist from Antwerp, Tom Eerebout, who is the stylist and great friend of… Lady Gaga! (to smile) 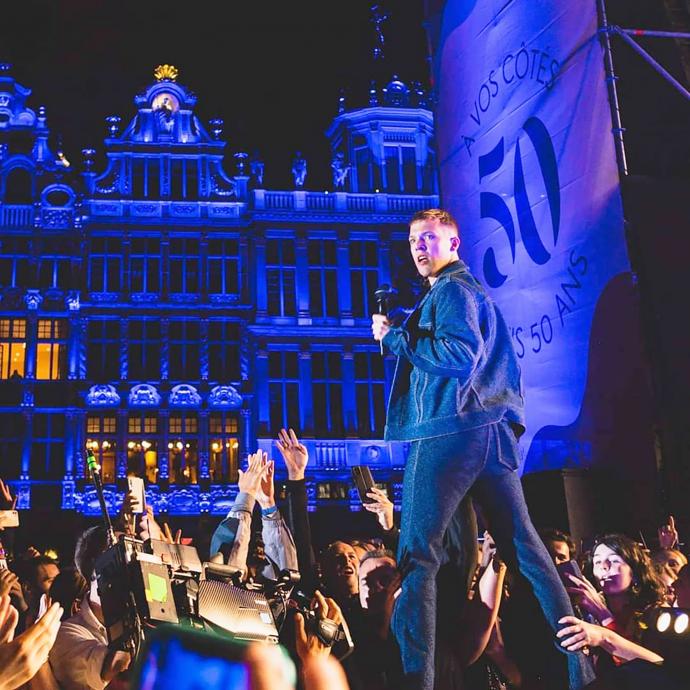 Yes, he works on lots of small projects. He has that dimension with her but he wants to continue working with young developing artists and he still lives in Antwerp. And this outfit, the denim jumpsuit, was a birthday present from Lady Gaga to Tom Eerebout! He just said, “You’ll have to try it.” It was only after he admitted to me that this outfit was a gift from Lady Gaga. And luckily, I wouldn’t have been able to put it on! (laughs) But this outfit, very literal compared to my uncle, it was a wink. I now want to work on another silhouette and create something between the 70s and something that leans more towards faux vinyl, shiny black.

>> Discover the full interview with Mustii this Saturday in your Max magazine available in bookstores in Sudinfo newspapers or by clicking here.

Meeting with Mustii: “For my look, I work with the stylist and best friend of… Lady Gaga! »