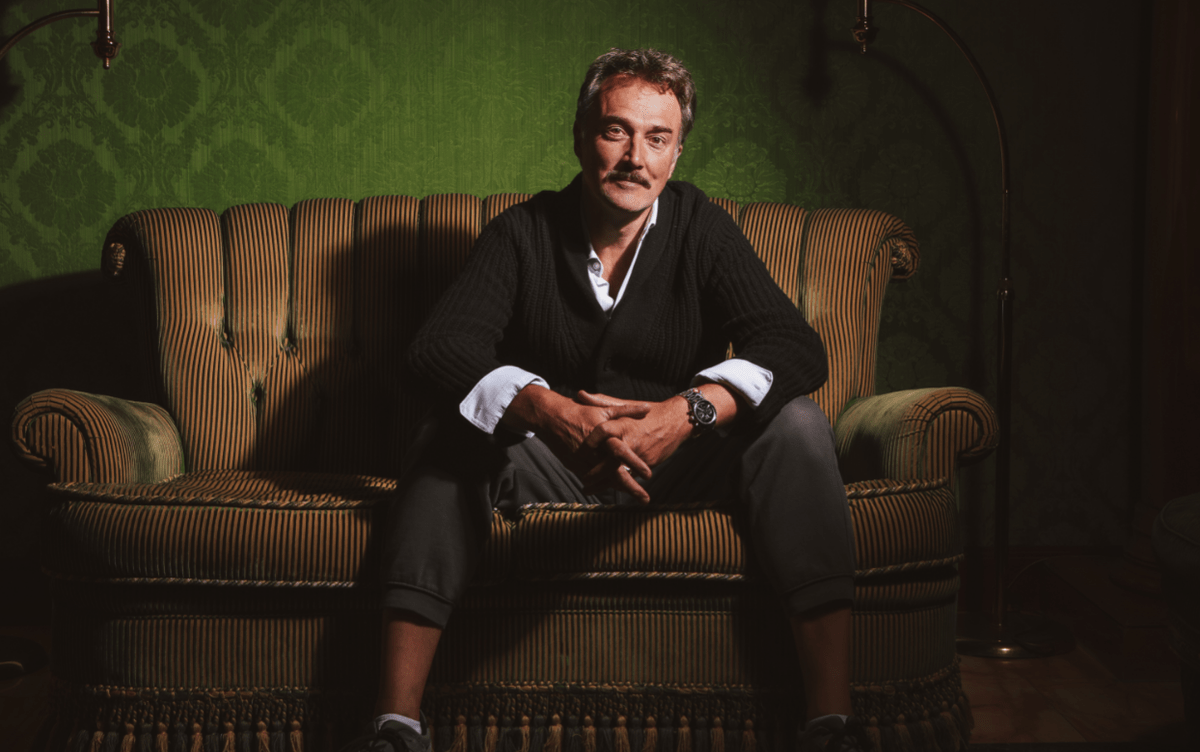 While in Lausanne, the comedian Romand based in Los Angeles, formerly leader of the rap group Sens Unik, confided in the morning.ch.

He arrives relaxed, smiling and visibly in great shape. Taking advantage of the end of the shooting of a German series in Malta, Carlos Leal goes through Switzerland. Before joining Zurich to participate in a preview, the French-speaking comedian and former leader of the rap group Sens Unik stopped in Lausanne. Installed for ten years in Los Angeles where he leads a rich and varied career as an actor, he is obviously happy to find the capital of the canton of Vaud where he has kept family and many friends.

If we could see Carlos Leal in international productions and various, especially in Germany, Spain, France or the EUnited States, it is indeed in Switzerland that this big fellow of almoste 1,90 m will start shooting a new film, in Brunnen, on the shores of Lake Four–Cantons.

Can we know more about this movie, Carlos Leal?

Chance is sometimes magical. I already had to shoot a film that finally fell through with the director of this new Spanish feature film. As I am passing through Switzerland, and have just finished the new season of the series in Los Angeles “The L Word: Generation Q“, I extended my trip to realize a common desire to work together. The film will take place in a unique setting, a magnificent hotel in Brunnen…

Many French-speaking teenagers dream of an international career. Few really try it. What gave you “the juice“ to go for it?

When I decided to become an actor, I didn’t want to repeat the mistake I made with Sens Unik. We had, then, a lot of success, as far as France. But, at the time, we were satisfied with this success without taking the risk of settling in Paris to see “bigger“. We were good in Lausanne, with our audience, with our friends… So this time, I really wanted to try my luck, to push the plug further. And for that, you had to go to Paris. This is where it all began.

Is this lack of extremeism with Sens Unik a regret?

No, the Sens Unik adventure was wonderful and it just served as a lesson to me, so as not to make the same mistake. So I went to Paris where nothing was easy, even hardcore. Coming from Switzerland where humility and discretion are cardinal values, I had to learn to elbows, to make myself heard, to “to sell“. It was an apprenticeship that helped me a lot. It was especially in Paris that I landed a role during the casting of “Casino Royale“. This could not have happened while staying in Lausanne.

Your career feels like you are acting like a carpenter building his house methodically, making sure the foundations are solid.

I come from a family of craftsmen. My father was a tailor, my mother was a seamstress. It maybe comes from there. And then, in Switzerland, meticulousness is important. So I imagine that has an impact on the way I work and look at developing a career. You can pull off a few highlights in your course but, in the meantime, you have to polish and work the transitions with precision.

The Swiss spirit is therefore an advantage?

Absolutely. Work well, be disciplined, humble – without exaggeration – helped me a lot. Even today, when I go to a casting, I don’t take things lightly. I am very ambitious. (He smiles) Fortunately, getting older calms me down. I don’t run after awards or red carpets anymore. (He’s laughing.)

After the artistic quality of my work. I don’t want to betray myself, I prefer to be satisfied with my achievements. And to be loved, as much as possible, by the public. Since young, I dream of this. But I detach myself from it and no longer need it to be necessarily happy. And to be happy, what does that mean? Dark moments can also bring something, make you appreciate happiness. Well, let’s be clear, I happen to shoot shit where you see me in two shots fire a gun and bring me down. (He’s laughing.) But it fills the fridge, it allows you to hold on financially to be able to choose to shoot in good, more passionate projects.

As “American Traitor: The Trial of Axis Sally” who is coming out this year and where do you play against Al Pacino?

It was a dream to have a role against Al Pacino! For me, it’s more than “Casino Royale“. This actor is a legend. I play a witness, during a trial. The scene we shot, face to face, lasted 7 minutes. Everything will obviously not be kept during the assembly but what a foot. Pacino is a “monster“. We shot without rehearsal! I arrived, made up. I was shown my place, in front of the cameras and the extras. When Al Pacino arrived, everyone applauded him. (He smiles.) And it went well. I didn’t mess up, the first take was good. Then we turned it around ten times, varying the camera angles. At times like this, having had to face a huge audience in the past at Sens Unik concerts has taught me to stay calm, not to tremble.

Did you talk to each other afterwards?

He shook my hand. And there, I told myself that I couldn’t let him go without taking a selfie with him. I don’t like doing that at all but when I saw him agree to take pictures with other people, I gave it a go. And he was very, very cool. He really takes incredible pleasure on a set, he has fun, plays, tries things with each new take…

Tell me also about that movie with Mark Wahlberg and Mel Gibson that you just shot.

If the working title does not change, it will be called “Stu“. It is the story of a boxer who came from the depths of the EUnited States. He can no longer practice his sport and falls in love with a very religious Mexican. I play the priest of the church she attends and that he will have to face. (He’s laughing.)

You and Mark Wahlberg share the same passion for music.

Yes, we talked about it. He is a wonderful, humble man. He’s the one who produced this feature film, too. He was surprised to know that I had evolved in the world of rap. Him with Marky Mark and me with Sens Unik. In this film, Mel Gibson plays his father. I only saw him on one stage but he was very nice, contrary to what people say.

You have lived for ten years in Los Angeles where the family you have founded seems to be your glue.

It feeds me. It’s important because my wife, Joelle, and I have built a very close family there. With our children, Elvis and Tyger, we are alone. AT Los Angeles, there is no grandma, grandpa, cousins ​​or cousins. We have had difficult times but this family gives me a lot of strength in a very individualistic city where loneliness is common. It’s so big… If you have a friend, it’s a minimum of 30 minutes by car to see him. AT Lausanne, you just have to go out to the local bistro to meet some friends. Not there.

Back to James Bond, two seconds. To have shot in a mythical scene, in such a saga, is enormous.

It Above all, gave me credibility in Switzerland. Before “Casino Royale“, I was even massacred in “Weekly“, following my performance in the film “Snow white“. The journalist advised me to continue in the world of music but to give up the cinema. (He’s laughing.) It changed after “Jump“. It Also brought me international credibility and helped me when I arrived in Los Angeles.

What memories do you keep of the shooting?

Card gamess originals of the shoot, in a drawer. And I had a blast in Prague. I was paid well, with a lot of free time during which I devoted myself to photography. A passion that has remained with me. I have besides taken a lot photos during the pandemic in Los Angeles because I couldn’t stand being locked up. It is an enriching, meditative experience. It has done me the greatest good.

Do we talk to you all the time about “Casino Royale“?

It marked people because the “James bond“ have a huge success, but in real life, I did a lot of other roles that were much more interesting but with less media impact. Basically, it takes a bit of both to build a career.

Finally, Carlos Leal, what remains of Lausanne in you?

I love Lausanne, it’s a city that has evolved. I have traveled, seen a lot of corners. But if, at 60, I can be in Lausanne and drink my pitcher, on the terrace of a bistro on the Place de la Palud, all this while playing a good play, a beautiful text, with good French-speaking comedians in a small theater, that will suit me very well.

With our thanks to the Beau-Rivage Palace, in Lausanne, where the photos for this article were taken