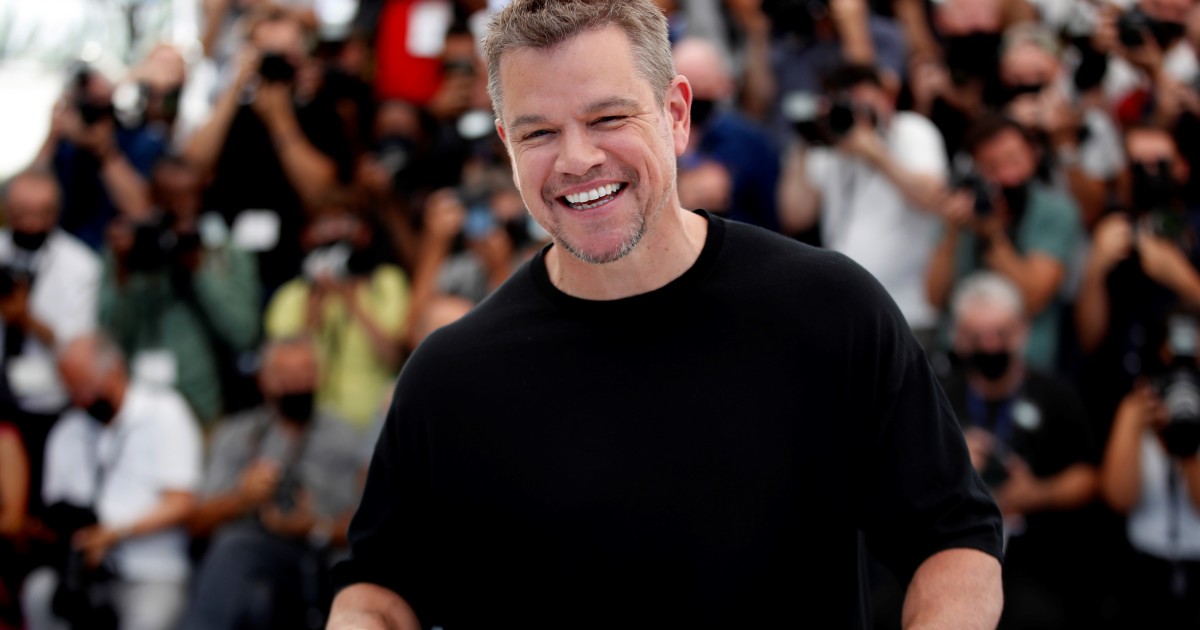 Nice, humble and with a lot of patience to sign autographs. Matt Damon came to the Cannes Film Festival as a star, but also as a reality-conscious human being to present “Stillwater,” out of competition.

“We are living a very inhuman reality” due to “the lack of contact.” “This is not how we are supposed to live,” Damon reflected, when asked about his feeling being in Cannes after the last two years marked by the coronavirus pandemic.

Last night was the gala screening of the film at the Gran Teatro Lumière and Damon was moved to tears by the ovation that the entire audience gave him at the end of the film. “I am very happy to be here, after so much time watching things on television, to be in a movie theater with 2,000 people, who are strangers but who are part of the same community … it is a great memory.”

The actor came to Cannes to present, out of competition “Stillwater”, a story about the United States of today through Bill, the character that Damon plays, but also about relationships and about a possible redemption, as explained by its director, Tom McCarthy, Oscar for best screenplay for “Spotlight” (2015).

A layered film that tells how Bill, a driller in the oil industry, travels to Marseille (France) to see his daughter Allison (Abigail Breslin), who is serving time for a murder that he claims not to have committed. And there he meets a reality completely unknown to him.

Because Bill is a very specific person from a very specific place and with a very closed life, as the actor explained. “We did not want to make a political argument,” he said, referring to the personality of a character clearly from the United States who supports the former president of that country, Donald Trump.

“Placing him in Oklahoma was essential to create this character” because “everything is far away in Oklahoma”, where people are very warm, but they have barely left there. “They invite you to their homes, to barbecues (…) all men are alike, their bodies, glasses, hats … they are strong, every physical detail was important,” Damon explained.

And from there he travels to Marseille, a multicultural city in the south of France that is everything he has not known.

The culture shock is one of the most interesting parts of the film, with a Bill who is lost, but who finds great support in Virginie (Camille Cottin) and her daughter, played by Lilou Siauvaud, quite a “scene stealer”.

“I worked with three amazing actresses,” said Damon, who raved about little Lilou. “I have many years of experience and for her it was her first film.”

“The first day I worked with her, I immediately realized that I was working with a 9-year-old Meryl Streep,” he added.

To which the girl replied: “Matt was very sweet, super friendly with everyone, he made us all feel very comfortable. I would have been lost without him. “

A good atmosphere on set that made Cottin feel sad when it was over.

Although the story of the film was not as easy as the reality of the shoot.

A film that shows a relationship “very complicated because it is not the typical one of a father and his daughter, it is strange and difficult,” said Breslin.

But that was not difficult to interpret for Damon, who as a father felt identified with Bill’s struggle to get his daughter out of the problem she is in.

“Any parent can get involved with a story like this, even though the movie is about a very specific man in a very specific part of America who is just totally overwhelmed by the situation,” Damon explained.

A movie that was shot in chronological order, which greatly helped the actors to get into their characters, as well as the “wonderfully well-written script” that allowed them to get into the scenes quickly.