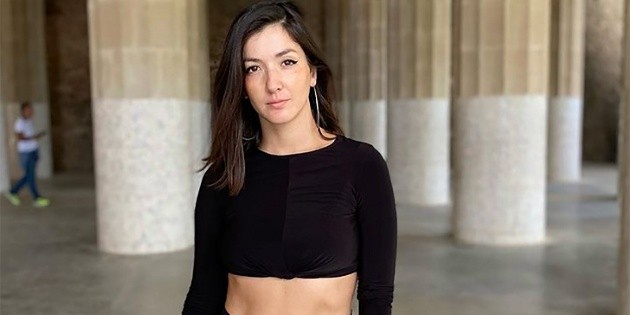 Matrix resurrections is getting closer to its theatrical release on December 22nd. A few weeks after the trailer was revealed and only a few days after knowing the official poster of the fourth film in the saga, something that aroused the curiosity of many users on social networks, was the name of the Mexican actress Eréndira Ibarra, who will appear in the film playing a new character along with others already known as Neo (Keanu Reeves), Trinity (Carrie-Anne Moss) and Niobe (Jada Pinkett Smith).

Eréndira Ibarra is a Mexican actress, born in the capital, although raised in San José California by her father, the renowned journalist and producer Epigmenio Ibarra.

The 36-year-old actress began acting in 2005 and since then has worked on more than 20 film and television projects in Mexico and abroad.

Eréndira’s relationship with the saga took place in the cinema, as she has always been a declared fan of the Matrix. Although this is not the first time he has worked with the creator and director of the new installment Lana Wachowski, as the actress had participated in the Netflix series Sense8, written by the Wachowski sisters, in which played the character of Daniela Vázquez, the best friend of a gay couple acted by Alfonso Herrera and the Spanish Miguel Ángel Silvestre.

They congratulate her in networks

After Eréndira share the official movie poster in which he appears with Neo and Trinity, the comments of admiration and congratulations came from all his friends and colleagues in the middle:

“You will have to excuse my being an excited and proud father, but I loved seeing my daughter Eréndira (who is seen in the photo as she appears in the film) in the official poster of Matrix. She is a warrior ”.

Actresses such as Cecilia Suárez and Camila Sodi commented on Eréndira’s publication on Instagram “What the hell, Ere !!! CONGRATULATIONS!!!!. Similarly, Luis Gerardo Méndez, Manolo Caro and Alfonso Herrera himself have also been proud of the actress.

According to what was announced by Warnes Bros, Matrix Resuctions will hit theaters and on the Hbo Max platform on December 22.

Priyanka Chopra, Neil Patrick Harris, Jonathan Groff, Jessica Henwick, Max Riemelt, Toby Onwumere, and Yahya Abdul-Mateen, are together with Eréndira Ibarra, the new actors that we will see in the long-awaited return of the science fiction classic.

Matrix resurrections: Who is Eréndira Ibarra, the Mexican actress who will share credits with Keanu Reeves