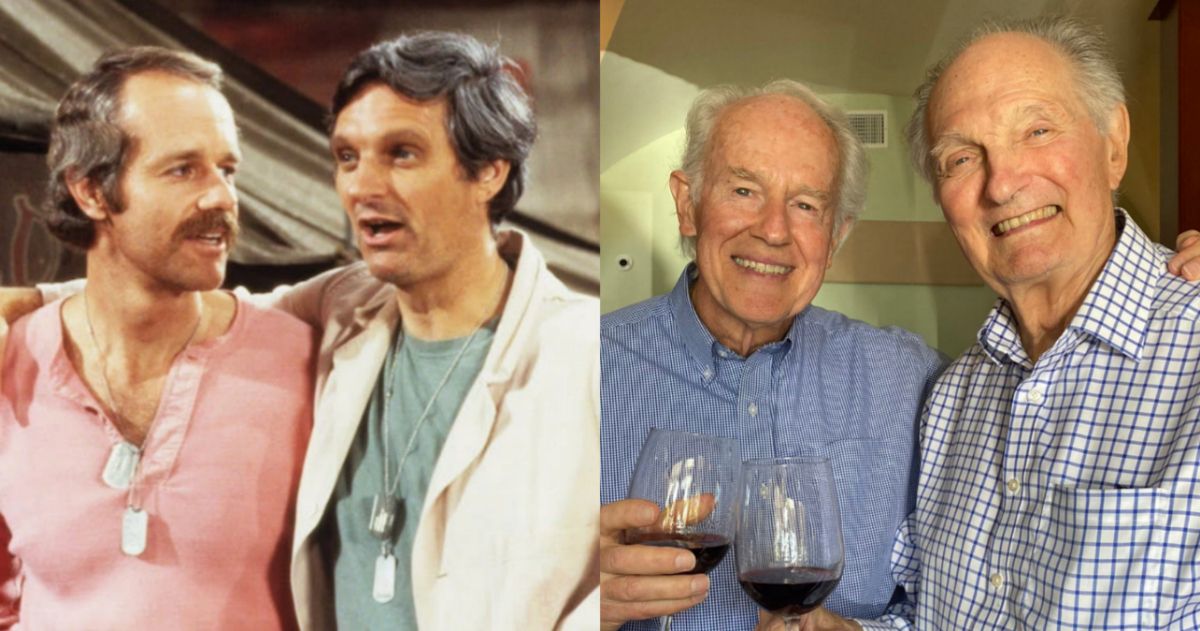 Five decades to the day after M*A*S*H premiered on CBS, two of its stars raised a toast to celebrate the hit TV show’s 50th anniversary. On September 17, 1972, the show aired its first episode, serving as a spin-off of the M*A*S*H movie released in 1970. Its title is an acronym for Mobile Army Surgical Hospital as the series follows a team of medical workers stationed at an M*A*S*H in South Korea during the Korean War of the 1950s.

M*A*S*H featured an ensemble cast that included Alan Alda as Benjamin “Hawkeye” Pierce and Mike Farrell as BJ Hunnicutt. On the 50th anniversary, Alda posted an image on Twitter of himself alongside Farrell, revealing the two got together for the special day. They can be seen sipping wine, as if there’s a perfect time to toast, it’s M*A*S*H’s 50th anniversary. You can see the message below.

“Mike Farrell and I today toast the 50th anniversary of the show that changed our lives – and our brilliant pals who made it what it was. MASH was a great gift for us,” Alda said in the tweet.

M*A*S*H ran for eleven seasons with over 250 episodes, and to this day it still holds the record for the most-watched final episode of any TV series. Farrell had joined the series in Season 4 to succeed Wayne Rogers, who originally played “Trapper” John McIntyre alongside Alda. Rogers died in 2015.

Alda also spoke about the anniversary in a recent interview with The New York Times. The actor can recall where he was when the opportunity to appear in M*A*S*H first presented itself, and fast forwarding to the 50th birthday, he finds it surprising that the series still receives so much attention.

“I was given the script when I was making a film in Utah State Prison. And it was the best script I had seen since I was in prison,” Alda explained. “I called my wife and said, ‘It’s a great script, but I don’t see how I can do it. Because we live in New Jersey, and it has to be shot in LA And who knows? It could go on for a whole year.’ Going from that to 50 years later, it still attracts, not only attention, but it continues to attract an audience, it’s a surprise. »

On why viewers have connected so well with the series, Alda added, “In addition to very good writing, good acting and good directing, the element what really resonates with an audience is that, as frivolous as some stories are, underneath is an awareness that real people have had these experiences and that we have tried to respect what they have been through. I think it seeps into the audience’s unconscious.