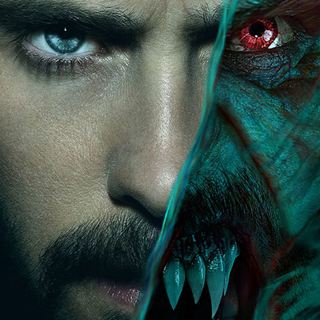 It is the rumor of the moment: Morbius would have been pushed back to allow Andrew Garfield to appear there as Spider-Man. We take stock.

Please note that this article contains spoilers for Spider-Man: No Way Home.

A few days ago, Sony postponed the release of Morbius for the… seventh time! Of the many carryovers that beat another repeatedly shifted superhero film, The New Mutants. But unlike the latter, which experienced major production problems, Morbius suffered above all from the Covid pandemic, like the majority of feature films initially due to be released in 2020.

However, the very last postponement, from January 26 to March 30, is more talked about than the others. If, officially, it is the Omicron variant which is the cause, Deadline added that Sony also wanted to leave more time of presence on the screens to Spider-Man: No Way Home, big box of the moment. A lot of Marvel fans imagine a completely different reason …

Hints in the trailers

Many Internet users have thus expressed their suspicions on Twitter: the film would have been postponed to add passages with Andrew Garfield. It must be said that the appearance of the actor in No Way Home, where he was of course reprising his role of Peter Parker, was very popular and some spectators think that Sony should not stop there.

Especially since the various trailers of Morbius have clearly indicated that a Spider-Man exists in the universe of the vampire played by Jared Leto. A poster with a Spider-Man whose costume resembles the one worn by Tobey Maguire in Sam Raimi’s trilogy appears in particular in the trailers, with the word “murderer” written on it.

This could also be a reference to Andrew Garfield’s Peter Parker since the latter reveals in No Way Home to have stopped holding back his blows after the death of Gwen Stacy, possibly causing the death of some of his opponents. We can also see in the video a building with the same Oscorp logo as in Marc Webb’s feature films.

Dr. Michael Morbius additionally makes direct reference to Venom at the end of the last trailer, and there is also an article from the Daily Bugle with the same logo as in Venom: Let There Be Carnage. Finally, Adrian Toomes, aka the Vulture in Spider-Man: Homecoming, is back as Michael Keaton.

It is therefore difficult to know in which universe Morbius is actually taking place and it will surely be necessary to wait until the release of the blockbuster in March to find out. An appearance of Andrew Garfield is in any case not completely implausible.

Some Internet users go even further and are convinced that an Amazing Spider-Man 3 is already in the pipes, especially because of the way the character is put forward in the film with Tom Holland.

Among what fans see as an obvious clue: the word “amazing” repeated 3 times by Tobey Maguire when talking about the character of Garfield or the fact that the latter says he also wants to fight an alien when the other two Spiders- Man recall their past quarrels with aliens.

Maguire’s Peter obviously referring to Venom (played by Topher Grace in Spider-Man 3), a character who also exists in the MCU / Sony multiverse, in the guise of Tom Hardy, and who could therefore potentially cross paths with Peter of Garfield in the future! So, fan fantasy or real possibility? Only the future will tell us !

In the meantime, several Marvel films are scheduled for 2022: