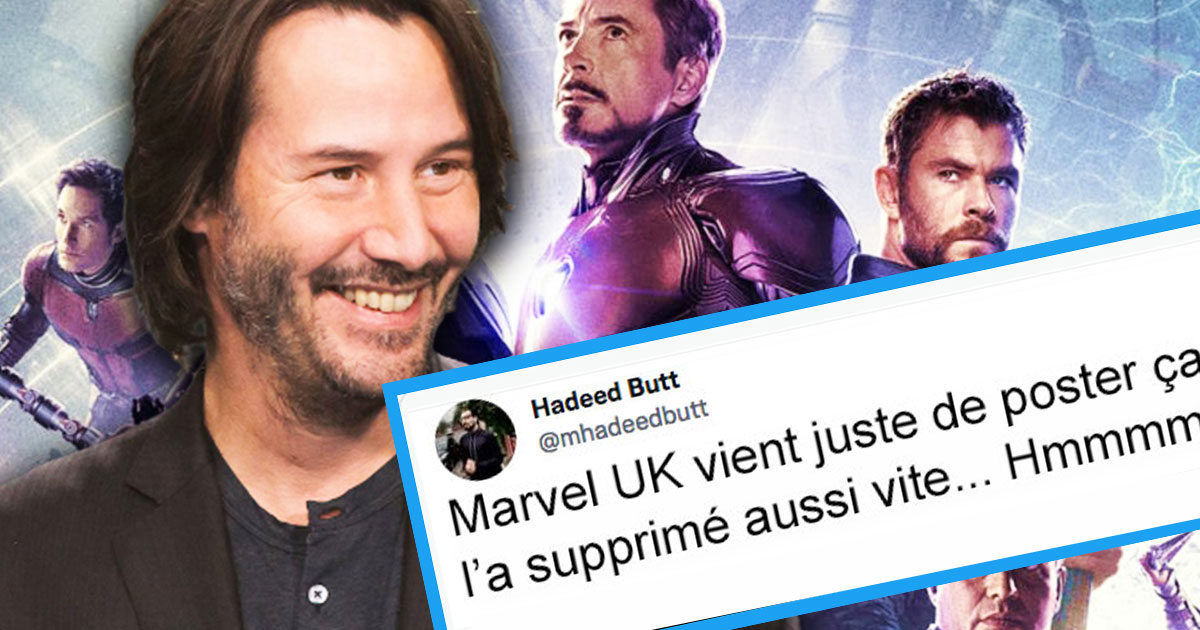 Keanu Reeves is one of the actors who has the most fans around the world. His temperament, his personality and his excellent acting have made him a star on a planetary scale, so much so that his fans expect only one thing from him: make his entry into the MCU. And a previous tweet, which has gone viral, could well go in this direction.

Rumors of Keanu Reeves’ entry into the MCU

Rumors that Keanu Reeves would eventually join the MCU do not date from yesterday. In 2019, a rumor claimed that the latter would be part of the film The Eternals, alongside Angelina Jolie, but it is clear, now, that this is not the case. A little later in the year 2019, Kevin Feige had also said that the MCU itself was looking for the presence of the actor. Kevin Feige then declared :

We talk to Keanu Reeves for pretty much every movie we make. I don’t know if he will join the MCU, but we really want to find the correct way to do it if this is the case.

This statement caused a stir on the internet, since all Keanu Reeves fans and the MCU hope, one day, to see the actor join other popular superheroes. Yet another turn of events took place in February 2021, when we learned that Keanu Reeves was presumably in discussion to play the role of Kraven the Hunter.

If the rumored Keanu Reeves entry into the MCU or in the Spider-Verse is not new, the latter has just intensified a little more in the last few days. In question, a very particular tweet, that we will present to you.

A tweet that has gone viral on the internet

September 2, 2021, a tweet from the official “Marvel UK & Ireland” account wish happy birthday to Keanu Reeves, who then celebrates his 57th birthday. The tweet in question, which has been deleted just a few hours after publication, is the next :

Marvel UK just posted this and deleted it… hmmmmmmmmm pic.twitter.com/qNajhRElrW

Keanu Reeves has enjoyed a career boost in recent years, thanks in large part to the John Wick film series. Keanu celebrates his 57th birthday today, and we hope he got some presents. Many gifts.

This message elicited many astonished reactions from Internet users, given that the various official Marvel accounts around the world only publish messages related to their own events, or related to their own actors. Internet users therefore saw the idea that Keanu Reeves could very soon enter the MCU, an idea that was reinforced after this famous tweet has been deleted. It must be said that the communication surrounding the MCU is still very good, and that if there is “leak” or “weirdness” there is, it is likely that this is intended to alert us.

Without official announcement, however, we just have to do assumptions about the hypothetical role Keanu Reeves could play in the future of the MCU. And you, on your side, do you find this tweet surprising? Do not hesitate to answer this question via our comments area ! And if you want to follow all the news about Keanu Reeves, do not hesitate to find our previous article on what we already know about John Wick’s fourth opus.