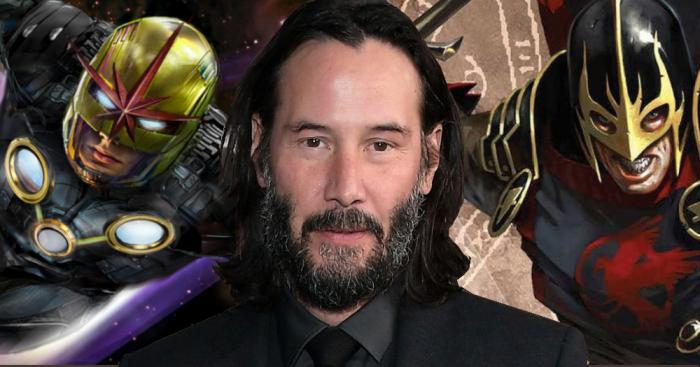 Spider-Man : No Way Home has been available in theaters since Wednesday and has made a triumphant start, both at the box office and in terms of reviews. Proof, if there was still a need for it, that the MCU is still doing just as well and still drawing crowds. But to attract an ever larger audience, what better way than to afford an actor as popular as Keanu Reeves? And if that happens, what superhero could this one embody?

You can doubt everything in life except the fact that Keanu Reeves is one of the most beloved actors in the world. Talented in his work, he is also known to be a lovable individual with a strong heart. Which does not prevent him, once in front of the camera, from transforming into an angel of death ready to do anything to avenge his dog, or as a revolutionary who wants to get rid of the hold of the matrix.

If his filmography is eclectic, it is therefore above all blockbusters and other action films that have made his fame. So seeing him one day appear in a superhero movie would seem like the next logical step for him, who has already embodied the anti-hero DC Constantine, in 2005. But for several years now, the Marvel team has been courting him and wants him to join his famous Cinematographic Universe.

If there is a good chance that this will happen one day, you will have to be patient: MCU boss Kevin Feige has repeatedly expressed that he doesn’t want to rush things and wait for the right opportunity.

Keanu Reeves in the MCU, but in what role?

What if Keanu Reeves enters the Marvel Cinematic Universe as Marvel’s Dark Knight? Little known to the general public, it is a character who rides his trusty steed named Aragorn and can take advantage of his magical abilities and especially his Ebony Sword. If, as we have said, he is not the most popular of superheroes, he still had the privilege of joining the extended team of the Avengers in the comics. But his performance by Keanu Reeves is highly unlikely, as viewers who have seen The Eternals At the movie theater. Indeed, Dane Whitman, whose real name is, is now played by Kit Harrington, and should be talked about again in the rest of phase IV.

The idea did not come from nowhere, however, since rumors dating from a few years ago announced the interpreter of John Wick in the casting of Cholé Zaho’s feature film. But maybe he could slip into Nighthawk’s shoes instead, one of the Dark Knight’s allies in the little-known Defenders team. Obviously, we don’t mean Batman when we talk about the Dark Knight. However, the “Night Falcon” comes close in many ways. Indeed, this one does not have superpowers strictly speaking and must drink a potion to increase its strength. Marvel’s Asterix, in a way. Much like Batman, he primarily acts at night, as this is where his strength develops, while he uses jetpack to move around. A dark and mysterious hero who would fit Keanu Reeves like a glove.

Last proposal for the road: Sam Alexander, alias Nova. With relatively classic superpowers such as increased strength, the ability to fly, or even superhuman reflexes, he draws his powers from the Nova Force. This extraterrestrial energy is the source of the strength of the whole of the Nova Cops, of which the superhero is a part. It is an organization acting as an intergalactic police force. Suffice to say that at the dawn of the bursting of the multiverse in the MCU, there couldn’t be a better time to see Nova land.

There are obviously many other superheroes that have never been seen in the MCU that Keanu Reeves would be likely to play. Do not hesitate to share your predictions with us in the comments!

Marvel: these superheroes that Keanu Reeves could play in the MCU