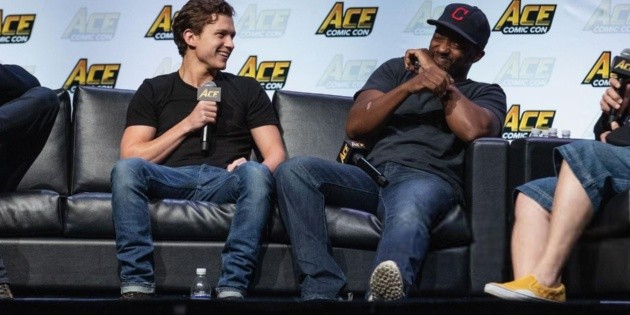 The last great event of the Marvel Cinematic Universe it was the series The Falcon and The Winter Soldier, which could be seen through the streaming service Disney +. There we saw more of Sam Wilson and Bucky Barnes after Avengers: Endgame, and its actors gained more recognition. That is why Anthony Mackie won an award at the MTV Movie and TV Awards, but without first leaving a message to Tom Holland that caused laughter in the networks.

The interpreter of Falcon on the television show he attended the MTV ceremony and won two awards: Best Hero and shared Best Duo with your partner, Sebastian Stan. In the same celebration of the weekend we also saw the triumph of WandaVision, taking four trophies for Best Villain, Best Fight, Best Performance and Best Show.

That same night we witness what was a new episode in the funny showdown between Holland and Mackie. When receiving an award and giving a speech, He dedicated it directly to the actor which embodies Spider-Man with the following words: “Tom Holland … I’m on your ass, boy, I’m on your ass.”, in reference to who is behind him, and generated the outbreak of those present in Los Angeles.


This statement went viral on social media, where MCU fans laughed at Tom again., just as it happened at the end of April, reminding him of what he had said at the time when joked with a Falcon movie that didn’t exist, but now we know that Mackie will have his own project as the new Captain America.

It all started in Ace Comic-Con 2018 in Seattle, where Anthony confessed to Holland that he had never seen his movie Spider-Man: Homecoming, to which the young interpreter replied: “I have not seen the Falcon movie. Oh no, there isn’t one, sorry ”. This phrase is used by fans to make fun of him, but this year we will have his third film as Peter Parker and a new response is expected.