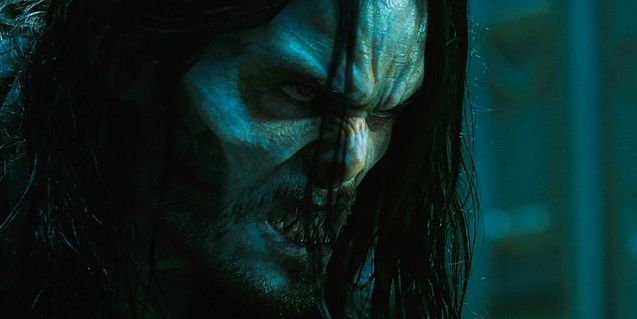 Actor Jared Leto is used to immersing himself a little too much in his characters and that of Morbius at Marvel was no exception as confirmed by director Daniel Espinosa.

Beyond his ability to physically transform for a role, Jared Leto is known for his extreme method acting close to masochism. The actor has a very fusional approach to its characterswhether for the best, especially Prefontaine, Dallas Buyers Club and Requiem for a dreamor worse, recently again with his lunar performance in the sick House of Gucci by Ridley Scott. And to be one with the characters he embodies, he refuses no eccentricity and no excess, hence the urban legend (or real shooting anecdote, difficult to decide) according to which he would have sent dead pigs and rats to the cast members of Suicide Squad to be as sadistic and crazy as the Joker.

Inevitably, this way of doing things followed her even on the set of Morbius, Sony’s latest Marvel movie and the industry’s ultimate shit. After confirming the mess around the post-credits scenes, director Daniel Espinosa confirmed during an interview with Uproxx that Jared Leto had again kept his character pegged to the body, even between two takes. The journalist in charge of the interview thus reported an anecdote from filming that he heard and that the filmmaker then confirmed:

“Journalist : I heard a story on set and I want to see if it’s true. Someone told me that Jared Leto was so invested in the role of Michael Morbius that even when he had to go to the bathroom, he used his crutches and limped slowly to get there. But it was taking so long between pee breaks that a deal was made with him to get a wheelchair so someone could get him there faster and he agreed. Is it true ?“

An actor possessed by all his roles

The director then defended the actor by justifying his choices:

“I think Jared thought, even when he was playing the normal Michael Morbius, that he needed to feel the pain of those moves because the character has suffered that pain all his life. All actors believe in this kind of process. And you, as a director, support anything that can make it as good as it can be. […] I think they have all those character traits. If you want a completely normal person who only does things you understand, then you’re in the wrong business. ‘Cause what’s different is what makes them tick.“

In this case, it would rather be the vacuity and uselessness of the film, not to mention the inconsistency of its post-credits scenes that are more likely to “tickle“. In any case, one thing is certain, the after-sales service of Morbius is just beginning.

Marvel: Jared Leto was still acting up during the filming of Morbius