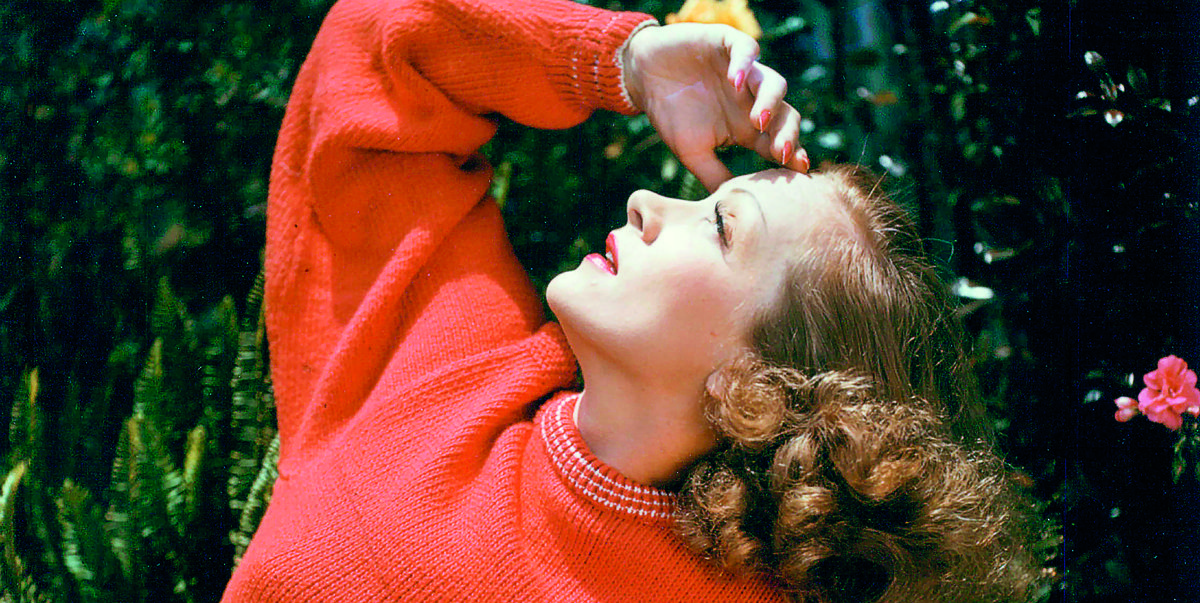 If there is a woman whose beauty seems strange and different to us today, it is Marlene Dietrich. Rough, rude, distant, with a scrawny face, full lips and thin eyebrows, his cold way of looking through the thick smoke of a cigarette is already an icon of the 20th century, part of our collective memory. Sensual and photogenic, Marlene became a star at the age of 25 in a Germany from which she left because of her public rejection of Hitler. She was brave and mysterious, with a life and work as ambiguous and irregular as herself. Nothing gives many clues as to who the woman behind the myth really was. About who Marlene Dietrich really was.

Baptized as Mary Magdalene in 1901, in 1921 she began to study song, dance and the violin and made her first steps in the cinema as an extra in low profile silent films giving life to the perfect robust woman that the Germans adored. In 1930 his endless legs made film history when he starred in the most sensual The blue angel –First European sound film–, by the hand of Josef von Sternberg, who, madly in love with her, laid the carpet of success at her feet. Married and mother of a girl, Marlene gave herself to the honeys of that resounding success by staying up late, getting drunk and being unfaithful to her husband with men and women among whom, it has always been said, was Greta Garbo herself, eternal rival.

In 1931 Paramount gave her a blank check and she embarked alone to make the Americas at the hands of her lover, Von Sternberg. With him, I would make six films between baroque and intensely romantic: Morocco, Fatality, The Shanghai Express, The blonde venus, Imperial whim and Carnival in Spain, and in a few years he went from being a star to becoming a myth. Single verse of the beauty canons of the mecca of cinema, she was always on the fringes of her fashions except for one thing: she lost ten kilos as soon as she set foot in California and she would always follow a severe diet that distanced her – and how – from the idea of ​​being plump Berlin tavern. Far from those provocative roles, what Hollywood would bring him would be languid characters, but strong and always distinguished, with a much less obvious sensuality. She did all kinds of roles, but, although she did not make film noir, the femme fatale halo never left her, encouraged, among other things, by a strong accent and a bubbly voice. And to this was added the publicity and promotional posters of his films, which sold his mystery and his provocation against certain unwritten canons. Before Katharine Hepburn herself, Marlene already put on pants, and thus awakened the fantasies of men and women who contemplated, between astonished and stimulated, how that German woman did something unusual: dress in a tuxedo. And it is that androgyny, linked to the sexual effervescence of licentious Berlin of the 20s, made him the focus of all eyes: those that were scandalized and those that were excited.

In the mid-30s, his sentimental and professional break with Von Sternberg did not overshadow his career one iota, something that continued firmly during the first 40. These are the years in which he worked with George Marshall (Arizona), René Clair (The flame of New Orleans), Raoul Walsh (High voltage) o Mitchell Leisen (Woman’s whim, In the stripes of the hand), and would share the bill with Edward G. Robinson, Charles Boyer, Randolph Scott, James Stewart, Ray Milland, Jean Gabin (with whom she was deeply in love), John Wayne and Gary Cooper (with whom she was a lover). Surely she was instrumental in the completion of the sacrosanct Hays Code in 1934, created by the Association of Film Producers and Distributors of the United States as a guideline of moral decency for films. And it is that, speaking in silver, the North American public got too excited seeing young ladies of lax morals. In 1939, in addition, she obtained American citizenship, which the censors did not like much, since that pernicious German had come there to stay.

Marlene in 1935. The first thing she did when she landed in America was lose 10 kilos.

Choosing from among all her roles is as complicated as imagining her as an endearing German matriarch, which is how Billy Wilder would always describe her, among others. But from a career full of memorable performances –because, yes, she was a great actress–, the romantic drama stands out. Angel, by Ernst Lubitsch (1937), with Herbert Marshall and Melvyn Douglas, in which it is one of the most beautiful and sad love triangles in the history of cinema. AND West Berlin, with Wilder (1948), in which she gives life to a cabaret woman accused of fraternizing with the Nazis during the war, a role that she lived, I would say, with special intensity. His strong anti-Nazi attitude was always applauded and he sold war bonds during World War II, completely devoted to the Allied cause.

His fight against the Nazis

It was the 1940s, and Marlene was an older actress. His roles became secondary, he began to record albums – and fill theaters – and carefully selected his roles. She chose her makeup artist, her wardrobe, the lens with which they should focus her and how to illuminate her. He had a natural mastery of the cinematographic art, something that is much more evident in the years that followed, when he made Panic on the scene (1950), by Alfred Hitchcock, Concealer (1952), by Fritz Lang, Witness for the Prosecution (1957), by Billy Wilder, or winners or losers (1961), by Stanley Kramer. In all of them she is masterful, enveloping, the complete owner of each plane. On But about the evil (1958), by Orson Welles, or in Around the World in 80 Days (1956), by Michael Anderson, made two cameos that are also part of film history. And the thing is that nothing of what Marlene did went unnoticed. At any age he managed to reign over the rest of the women who swarmed in the orbit of Hollywood.

Marlene in 1955. She worked with the greats until the end, playing supporting roles.

She withdrew from the cinema not as exaggeratedly as Greta Garbo, but more discreetly than Bette Davis. Be that as it may, everyone adored her, everyone missed her. He continued to sing and worked steadfastly to stigmatize the Nazis throughout his life. Among her most powerful anecdotes is that of publicly rejecting Hitler when he wanted to pay her a tribute in Berlin to which she only agreed to go if it was on the arm of Josef von Sternberg, a Jew. Such a tribute was not carried out, of course.

Just before he died in Paris, in May 1992, he said: “We wanted it all and we got it, didn’t we?” After a massive farewell, his body was buried in the municipal cemetery of his native Berlin wrapped in an American flag. That was the only time he returned to Germany.