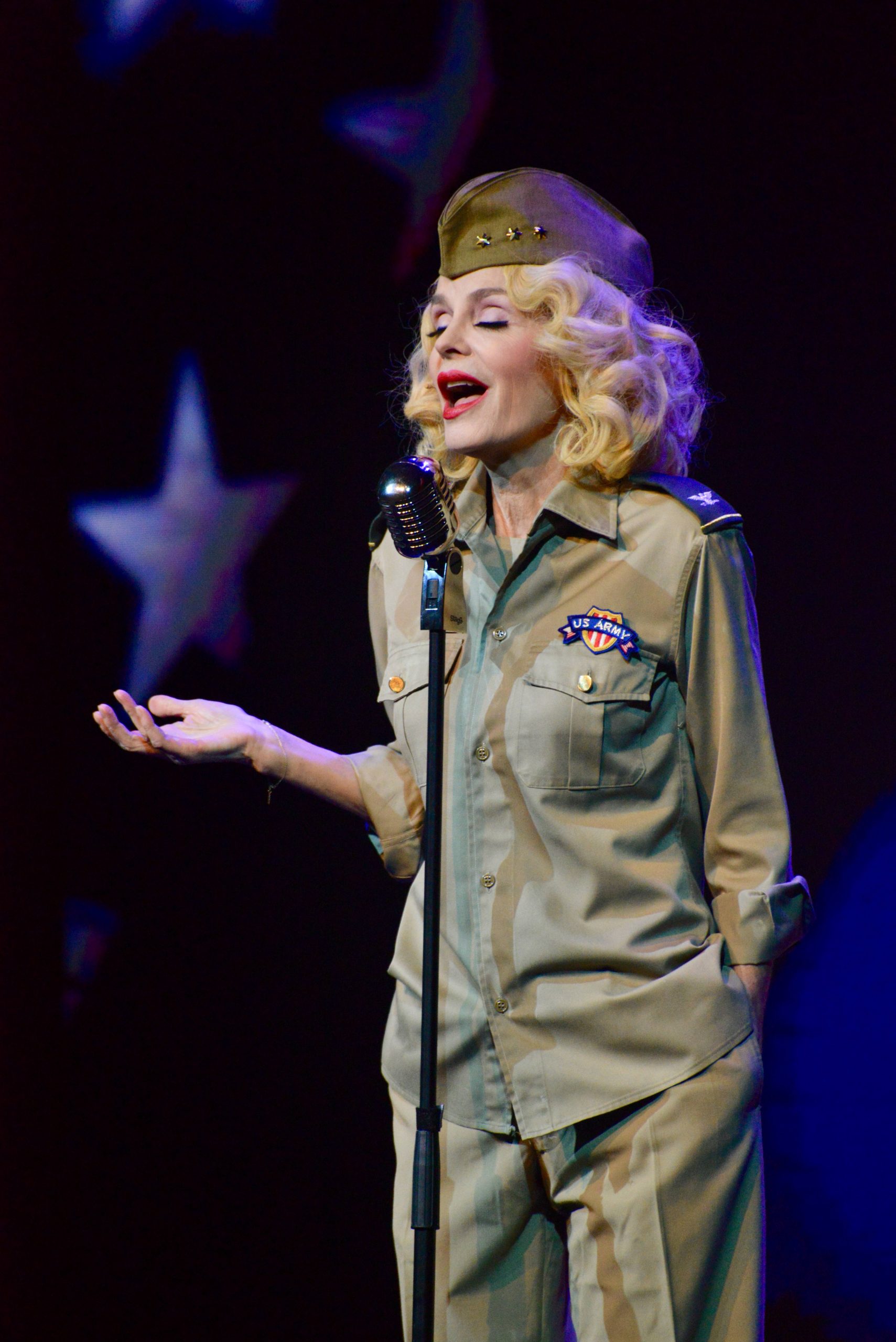 Between Berlin, Hollywood and Paris, on the stage of the Théâtre de la Tour Eiffel, the actress Cyrielle Clair plays Marlene Dietrich and tells us, in an hour and fifteen, the hectic life of the Venus Blonde.

If we had to sum up, in a few words, the fate of one of the greatest myths of cinema, we would have to cite cities, films and men. Starting with Pierre Cardin who was at the origin of this show, he who asked Cyrielle Clair to kindly revive Marlene Dietrich on stage, whom he admired and whom he had had the pleasure of receiving, on two occasions, in the space bearing his name.

In this subtly worked biographical walk, the spectator lets himself be carried away without great difficulty. Cyrielle Clair embodies with real ease, Marie Magdalene who was born in Berlin at the beginning of the century and who, for the stage, will contract her two first names to make only one. First devoted to music (the violin), a wrist injury directs her to cabaret and the theater. It all started very quickly, she was less than thirty years old when she met Josef von Sternberg. With him, a handful of films, so many masterpieces and success. The rise of Nazism which she faces head-on leads her to leave her country for the United States where the great seductress will meet Gabin, the man of her life, with whom the romance was however short-lived, punctuated by the second world conflict. In terms of courage and commitment, the two artists were alike: he put himself in danger and joined the 2nd Armored Division, she toured 60 concerts in Europe to follow and cheer up General Patton’s fighting troops. In the 1970s, a series of accidents slowed down the end of her career for a long time and she found refuge in Paris, in her apartment on avenue Montaigne.

Cyrielle Clair takes us through this extraordinary life with a show that combines her acting, singing and video projections. We alternate places, times at the same time as the actress changes outfits. Everything is done to make this particular retrospective alive and touching, Marlene Dietrich not having been satisfied with having the life of a star adored by the public. Refusing compromises and any form of opportunism, she put herself at the service of her ideas by trying, without always succeeding, to reconcile her career and her various loves. With passion, she always made sure that her life did not remain confined to an image of femme fatale but also, and above all, a fight in favor of the freedom to which she was so attached. After this beautiful show in the form of a tribute, don’t be surprised if you leave the theater with your head full of memories and whistling “Lili Marleen”!