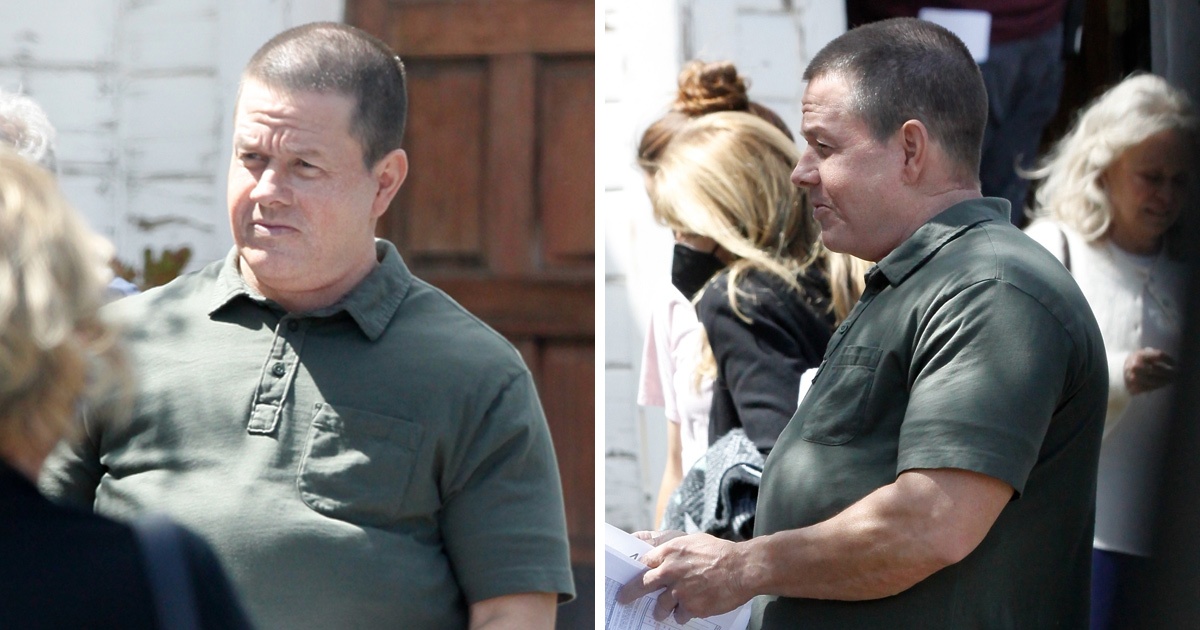 There is no doubt about Mark Wahlberg’s commitment to his work after the actor revealed a spectacular new look this week. Wahlberg, 49, was unrecognizable as he revealed the results of his weight gain, his new hairstyle and what appeared to be a prosthetic chin to give him a rounder face for his role in Father Stu.

He will play the role of a boxer turned priest and has made it his mission to take 30 pounds (14 kilos) for the role. Although Mark is usually known for his muscular body and impressive abs, he followed a high calorie diet to play his latest character, and also shaved his hair.

Mark was seen wearing a green polo shirt before donning a patterned sweater over it. He smiled at the paparazzi who surprised him on the set in Los Angeles. He gave his fans a preview of his metamorphosis ahead of the filming of the biopic, which is directed by Rosalind Ross, wife of Mel Gibson.

Lawrence Duran, Wahlberg’s personal chef, revealed to E! News earlier this month that Mark needs to eat 7,000 calories a day to gain weight for work, while the recommended daily calories for men are typically 2,500.

Lawrence explained that Mark has to eat eight meals a day, every three hours or so. “We meet a team of doctors doing blood work and a nutritionist who gives us a full list of what their body needs, what it lacks and who sets up a meal plan accordingly. He eats good carbs, dark green vegetables, and at least a dozen eggs a day. “

In order to be able to adjust to all the meals he needs to have to gain 30 pounds, Mark needs to have a 3 a.m. ‘pre-breakfast’ of four eggs before training, then a another breakfast consisting of ‘eight eggs, six slices of bacon, a cup of rice, two tablespoons of olive oil and a protein shake. “