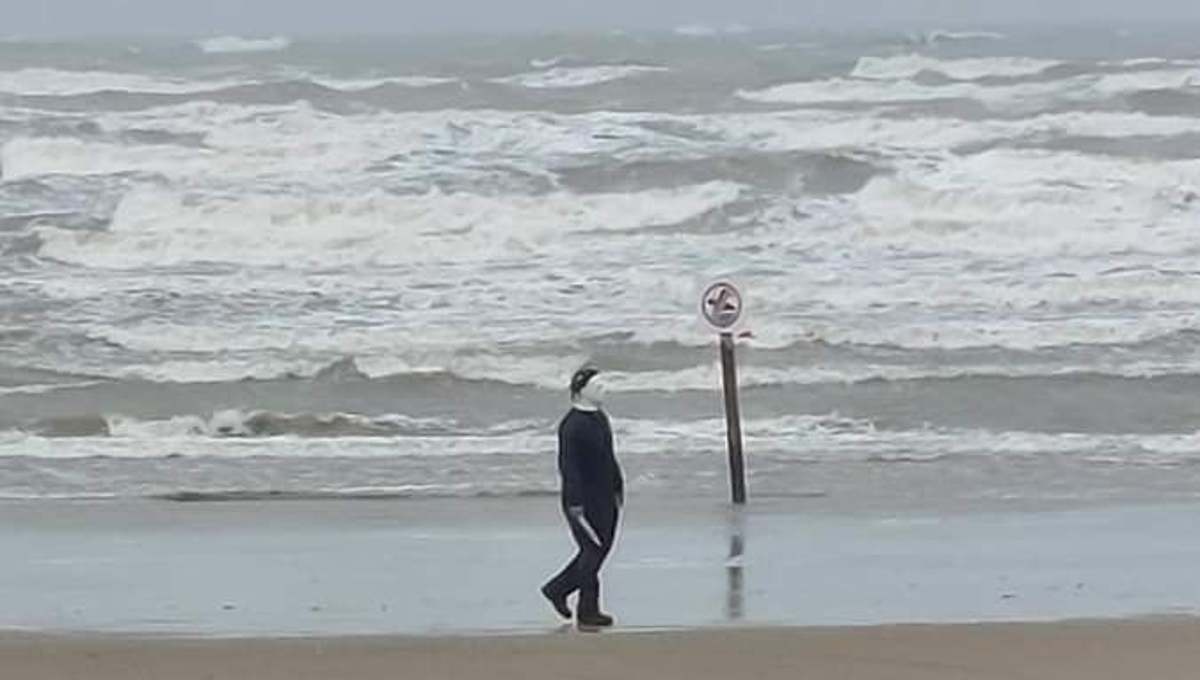 The Halloween season is getting closer and closer, but some people take the eve of these festivities more literally than others: in Galveston, Texas, a man was taken into police custody after he attracted attention as the serial killer in horror movies, better known as Michael (Mike) Myers, while carrying a bloody knife in one of his hands.

The man, in broad daylight, walked to the Galveston beach with his knife and his mask as the protagonist of the saga of “Halloween”, while the town waited for the arrival of tropical storm Nicolás.

Although it was just a trick devised for fun, the person was arrested after some passersby called 911. The spokeswoman for the local authority, Stacy Papillion, said officers received a call warning them of a masked figure walking along the beach with a gun.

On the spot, the police found and handcuffed the alleged Mike Myers, who was escorted to the station for questioning. Fortunately, the knife and blood were fake, but the “murderer” was still charged with disorderly conduct.

Mike Myers really is a lawyer

Galveston News identified the man as Mark Metzger, a lawyer from the area and who was interviewed. Subject stated that the joke was made with the intention of “Shake things up a bit” and “Bring a positive atmosphere to the community”.

“I wanted to bring an interesting moment in all this darkness that surrounds us, to make people laugh a little. And it worked. If I had to do it again, I would definitely do it, ”he confessed.

In the end, everything was recorded as a joke. The authorities in the area released the lawyer who was only looking to have a good time.