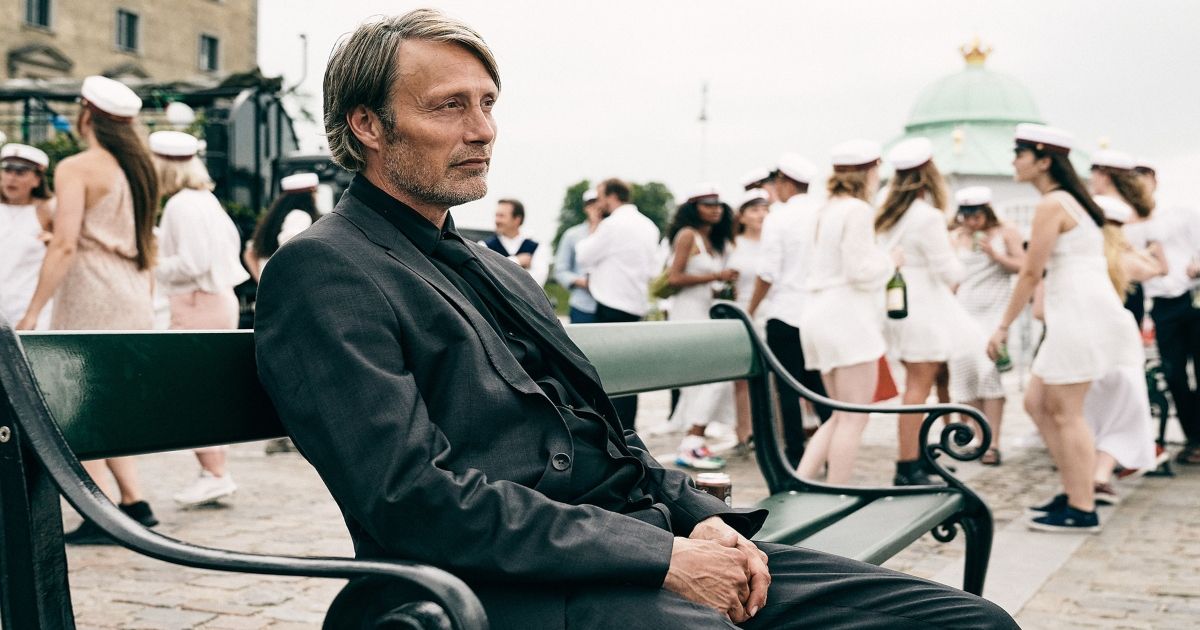 Danish actor Mads Mikkelsen burst into mainstream stardom for his role as the main villain of the 2013 NBC television series, Hannibal, but it was far from his first crack in show business. Hannibal fans looking for more Mikkelsen should look to his work in movies, where some of his best performances can be found. Mikkelsen has had a long and varied career as a film actor. He made his debut in Denmark with the 1996 crime drama Pusher, and he’s been on a roll ever since. Going back and forth between Danish and English-language productions, Mikkelsen improved his lineup and fueled his fame with increasingly notable roles. This year again, he succeeded Johnny Depp to play Grindelwald in Fantastic Beasts: Dumbledore’s Secrets.

Audiences will see more Mikkelsen in the near future. He recently joined the cast of the upcoming Indiana Jones 5, and shows no signs of slowing down as he enters his third decade as an actor. As Mikkelsen’s fame continues to grow, it’s worth looking back on his illustrious career to see how he became the big star he is today. To that end, here are Mads Mikkelsen’s best film performances to date, ranked.

Mads Mikkelsen’s role in Rogue One: A Star Wars Story isn’t the film’s biggest, but it’s certainly one of the most memorable. He plays protagonist Jyn Erso’s father, Galen Erso, and he commands just about every scene he’s in. Mikkelsen chose to play the character with the kind of power and stoicism he excels at, and the film is better for it. Although he rarely appears and has few lines, Mikkelsen manages to say a lot with his face alone.

In this gripping arctic survival story, Mads Mikkelsen stars as Overgård, a pilot who finds himself stuck in a harsh, freezing landscape after an accident. Mikkelsen looks the part with his frosty beard and sun-tanned face as he traverses a sparse arctic wilderness in search of rescue. When he suffers from cold and hunger, the public suffers with him. And, according to KFTV, Arctic was filmed on location in Iceland, meaning Mads couldn’t fake it even if he wanted to.

A James Bond movie is only as good as its villain, and that goes for Casino Royale, the 2006 hit spy thriller. Although Daniel Craig plays an excellent Bond, it’s Mads Mikkelsen who steals the show as Le Cipher, the steel-eyed criminal banker with a dark past. Fans of the film will remember its shockingly tense torture scene, in which Mikkelsen proves himself to be the perfect Bond villain: cold, clinical and ruthless. It’s a powerful performance, and Bond fans still talk about it today.

Bleeder is a little-known Danish film from now acclaimed director Nicolas Winding Refn, and it stars Mads Mikkelsen in a more laid-back role than audiences might expect. He plays Lenny, a soft-spoken movie buff who works at a video rental shop in Copenhagen. Now, Bleeder is a crime drama, but Mikkelsen’s best scenes are the ones in which Lenny flirts with a local girl who frequents his store. These quiet, undramatic scenes give Mikkelsen a chance to shine in a way we don’t often see in his darker pictures. Lenny is somehow both goofy and charismatic, and it’s even more tragic when you see him drawn into a world of violence as the film progresses.

You might start to see a pattern here. Mads Mikkelsen excels in roles where he says little, where he speaks with his eyes and his actions as much as with his mouth. In Valhalla Rising (also directed by Nicolas Winding Refn), Mikkelsen says nothing, carries an ax and makes his way through a misty Scottish landscape. He plays the mute medieval warrior, One-Eye, who sails with a mysterious boy down a river to unknown and hostile lands. Mikkelsen proves his reach as a performer by holding this bizarre Viking film together without saying a single line. It’s a feat few actors have accomplished.

For Mads Mikkelsen fans who want to see him in serious dramatic roles, look no further than his Danish language films. Pusher II is another Refn-directed crime drama set in Copenhagen, Denmark. But this time, Mikkelsen takes center stage. He plays Tonny, a troubled young man, fresh out of prison, whose problems don’t stop when he gets out of his prison cell. Tonny owes the wrong people money and is asked to pay child support for a son he didn’t know he had. Mikkelsen portrays the character as a sensitive, confused man in search of a better life. It’s a passionate performance that finds empathy in the most unexpected places.

The most recent film on this list, Another Round is a 2020 Danish drama directed by Thomas Vinterberg. Mads Mikkelsen is our protagonist, Martin, a depressed middle-aged schoolteacher who joins three of his friends in a pact to stay drunk continuously: at work, at home, everywhere. That is, until the pact backfires and things get more and more chaotic for Martin and his friends. Mikkelsen gives the second-best performance of his career here, following Martin through the stages of alcoholism and depression. There’s also something celebratory about her performance, so that happiness and sadness blend in equal parts.

The Hunt is another Thomas Vinterberg-Mads Mikkelsen collaboration featuring Mikkelsen in the lead role. Once again, he embodies a teacher plunged into a crisis that threatens to destroy him. Lucas, who works in his neighborhood kindergarten, is framed for a crime he didn’t commit, and it completely uproots his life. Mikkelsen’s depth and control here is astounding. Lucas is a man pushed to the outskirts of a community he once called home, and Mikkelsen tests the full range of his dramatic abilities to bring it to life. The role earned Mikkelsen much acclaim, including the Best Actor award at the 2012 Cannes Film Festival, according to The New York Times. It is well deserved, as it is by far his best performance to date.

Marion Cotillard, superstar actress, to the point of making Guillaume Canet jealous? She confides
Secret Invasion: According to Samuel L. Jackson, the filming of the next Marvel series has already b...
Jennifer Lopez: this unusual reason why she fired some of her dancers