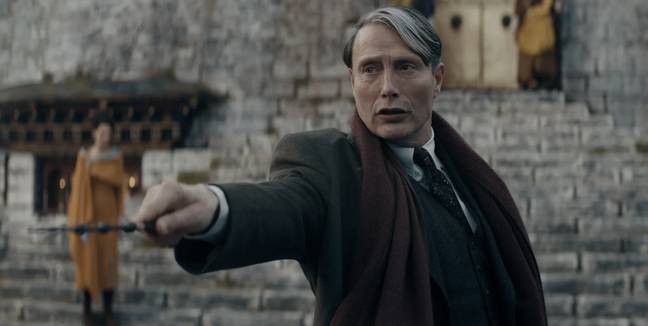 Mikkelsen took on the role of the evil wizard for the third film, after Depp played the role in the first two.

Speaking to The Hollywood Reporter about landing the role, he said he only had two days to decide if he wanted to take it and so quickly spectated the first two. fantastic beasts films to get an idea of ​​what he was getting into.

He told the publication: “It was quite chaotic. »

But also felt the job was too good to turn down after reading the script and finding it a “great story”.

Opening up about the role, he added: “You don’t want to copy anything [Depp was] do – that would be creative suicide. Even though [a role has] been done to perfection, you want to make it your own. But you still have to build some sort of bridge between what came before.

Mikkelsen also explained what he meant in a previous interview when he said he had hoped to meet Depp before taking on the role.

He told The Hollywood Reporter, “I wasn’t like, ‘Oh please let me talk to him.’

“It would have been great to hit the basics, to ‘clean the room’ in a way. Maybe I’ll see him again in the future.

Depp was dropped by Warner Bros when he lost his libel case against The Sun newspaper and editor Dan Wootton.

The case concerned whether an article published in The Sun, in which Depp was called a “wife beater”, was defamatory.

Following the case, the actor took to Instagram to confirm he intended to appeal the decision, adding that his “career will not be defined” by it.

Thanking his supporters, he said: “First of all, I would like to thank everyone who has offered me their support and loyalty.

“Second, I want to let you know that Warner Bros. asked me to step down from my role as Grindelwald in fantastic beasts and I have respected and accepted this request.

“Finally, I want to say this.

“The surreal court judgment in the UK will not change my fight to tell the truth and I confirm that I plan to appeal.

“My resolve remains strong and I intend to prove the allegations against me wrong.

“My life and my career will not be defined by this moment in time. »