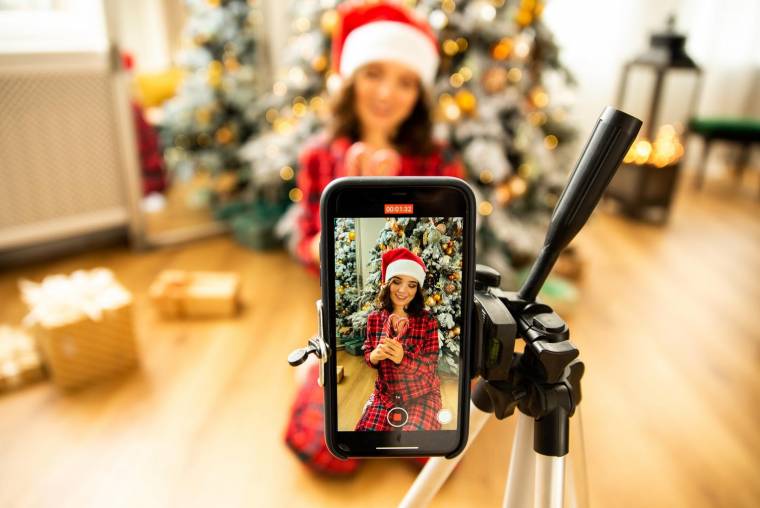 Like every year, the stars take a break during the holidays to spend time with their loved ones. photo credit: AdobeStock

Like every year, the stars take a break during the holidays to spend time with their loved ones. Moments that they share with their fans on social networks. Traditions, extravagant or unusual gifts, family photos: find out how people celebrate Christmas.

Celebrities who celebrate both Christmas and Hanukkah

Pink and her husband Carey Hart celebrate both Jewish and Christian traditions with their two children, Willow and Jameson. On Instagram, the singer shares photos of their Christmas tree as well as their menorah.

The same goes for Mila Kunis and Ashton Kutcher. The actress explains that she did not celebrate Christmas in Russia when she was little because she is Jewish and that this holiday was above all religious in her country of origin. His family adopted some Christmas traditions when he arrived in the United States, starting with the Christmas tree.

Madonna is also raising her children in the Jewish and Christian faith. The star and her little family took advantage of the last day of Hanukkah to decorate the Christmas tree. “Let’s embrace all the faiths and rituals as long as it makes us happy and we focus more on giving than receiving,” the star commented.

The most extravagant Christmas gifts from stars …

Some celebrities don’t like to do things by halves, and Christmas is a great time to think big. It’s hard to talk about excess without mentioning the experts in the field: the Kardashians. In 2015, Kanye West claimed to have given 150 gifts to his wife Kim.

In 2018, the party hosted by the couple cost a trifle of $ 1.3 million. Giant fir, artificial snow, toboggan run… the total. In 2020, the evening had to be canceled because of the Covid-19. We can bet that they have planned to make up for it this year!

On the gigantic side, the Beckham couple is not left out: Madame offered a Rolls-Royce to her footballer husband for the modest sum of $ 300,000. Monsieur helps his wife to expand his collection of Hermès bags, with two pieces valued at 33,000 and 100,000 dollars. A far cry from the $ 350,000 model Jay-Z offered to Beyoncé.

… To the most unusual!

A handbag is a bit trivial as a gift, admit it. In 2019, Jonas Brothers member Nick Jonas gave his wife Priyanka Chopra a snowmobile. Cost: $ 12,000. Lady Gaga had to be content with a slightly slower means of transport: the singer and actress discovered a magnificent white horse on her doorstep.

Side originality, Angelina Jolie also deserves her place on the podium: in 2012, the actress offered a stunt located in California to Brad Pitt.

The prize probably goes to singer John Legend, who bought his wife Chrissy Teigen, model and great cooking enthusiast, a 40 kilogram wheel of Parmesan directly imported from Italy. Enough to enhance pasta and risottos for years to come.

The stars who celebrate Christmas in song

Every Christmas, our favorite stars sing along, and this year is no exception. Who says Christmas playlist says Mariah Carey, who has been at the top of the charts since 1994 with her unwavering “All I want for Christmas is you”. The track has just been certified as a diamond record in the United States with 10 million sales (a first for a Christmas record), and it has surpassed one billion streams on Spotify. For the holidays, the diva returns with a brand new song, “Fall in Love at Christmas”, and a special broadcast on Apple TV +, “Mariah’s Christmas: The Magic Continues”.

Elton John, whose track “Step Into Christmas” continues to loop nearly 50 years after its release, has also decided to return to the studios. The septuagenarian recorded the single “Merry Christmas” in duet with artist Ed Sheeran. A collaboration faithful to the spirit of Christmas: all profits will be donated to the Ed Sheeran Suffolk Music Foundation and the Elton John AIDS Foundation.

The funniest (and funniest) collaboration of the holidays goes to comedian Jimmy Fallon, star host of The Tonight Show, who teamed up with Ariana Grande and rapper Megan Thee Stallion for “It was a … (masked Christmas) ”.

The stars who love Christmas sweaters and coordinated outfits

Who says celebrities says red carpet, tuxedo and evening dresses, but our favorite stars are also taking advantage of the holiday season to put on their best Christmas outfits, sometimes even with the family. Do you know the (ugly) Christmas sweater? Here are some who give it to their heart’s content!

Bruce Willis, his wife Emma and their two daughters, Mabel and Evelyn, in their coordinating plaid pajamas

His ex-wife Demi Moore and their three daughters

Reese Witherspoon and her daughter Ava, who wear designs from the brand founded by actress Draper James

Actress Kate Hudson in the Christmas spirit from December 1

Celine Dion and her tribe

Be careful, however, of friends who invite you to a so-called “ugly Christmas sweater” themed party. Ryan Reynolds paid the price

Madonna, the Beckhams, Lady Gaga: How do the stars celebrate Christmas?