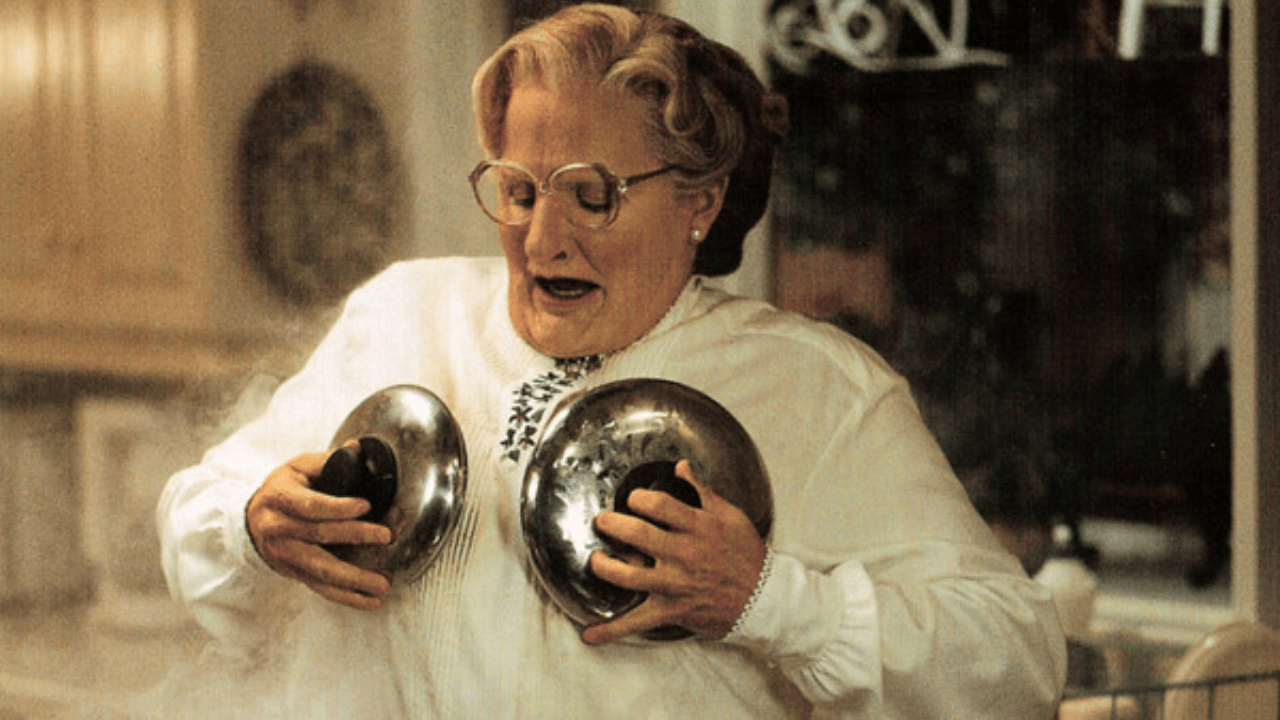 In 1994, Chris Columbus staged his most offbeat and unexpected comedy. Worn by Robin Williams, “Madame Doubtfire” quickly became an immense classic of American comedy. But did you know that, during the filming of the film, Robin Williams sometimes walked around town disguised as his character?

Famous for staging Mom I missed the plane, Harry Potter at the Sorcerer’s Stone or Bicentenary Manfilmmaker Chris Columbus also distinguished himself with Mrs. Doubtfire in 1994. Carried by Robin Williams, this iconic comedy tells the adventures of Daniel Hillard, a father deprived of his children after the recent divorce with his wife. To keep seeing them, he poses as Madame Doubtfire, a nanny who offers her services to the mother of his children.

Mrs. Doubtfire has therefore become a benchmark of its kind. In particular thanks to the unforgettable performance by Robin Williams who expressed all his talent through this double role. Chris Columbus’ feature film was even awarded with the Oscar for Best Makeup. On the box office side, the work had been a huge financial triumph for the 20th Century Fox, with over 441 million dollars in revenue for a budget of 25 million.

The Follies of Robin Williams

Last year, Chris Columbus suggested he would be interesting to produce a documentary on Mrs. Doubtfire. The goal would be to highlight the incredible talent of Robin Williams. Indeed, the American comedian, who left us in 2014, offered, with Mrs. Doubtfire, a tender glimpse of his good humor, his kindness and his virtuosity. According to Chris Columbus, there are so many outtakes, making-of footage, and anecdotes, that it is necessary to produce a documentary in homage to the deceased actor.

It must be said that Robin Williams totally let go on the set of Mrs. Doubtfire. During an interview with Entertainment Weekly in March 2021, Chris Columbus revealed that with the improvisations of Robin Williams, he could compose “three or four other versions of the film” :

I might consider making a documentary about the making of the film, to allow people to experience certain scenes. Trouble is, there’s a lot of it that I can’t remember. I only remember what’s in the movie. But I remember there was a lot of extraordinarily funny material.

We even have a striking example to illustrate the madness of Robin Williams during the production of Mrs. Doubtfire. In 2013, shortly before his death, the actor told in the podcast Ask me Anything, a crisp anecdote on the set. The actor thus confesses that between takes; rather than changing and leaving the cumbersome outfit of his character (prostheses and costume); he walked around town in the nurse’s clothes.

Did I buy the thing? No. Did I walk out of the store with a really good story? Yes

As per usual, Robin Williams gave his best on the set of Mrs. Doubtfire. And we would love to see this hypothetical documentary by Chris Columbus to salute his memory…