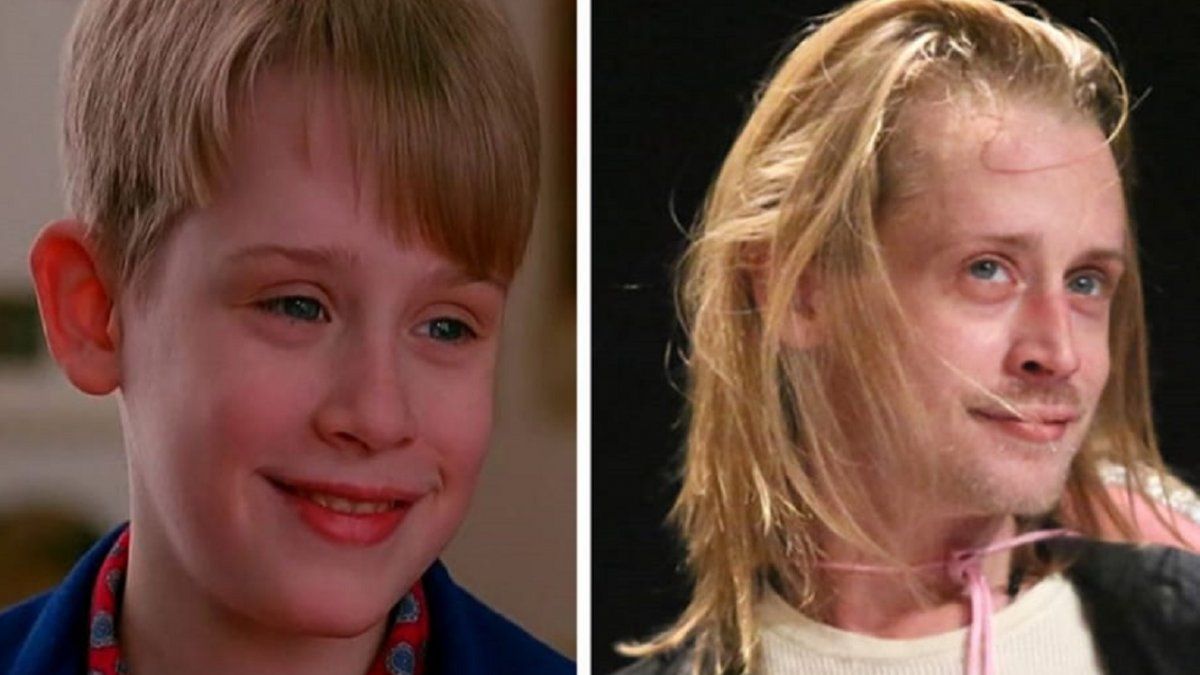 “My father was an abusive man. Not so much physically, although there was something of that, but mental. I asked him for a break, I wanted to go on vacation for the first time in my life, and he kept signing contracts for more films. Nobody was listening to me. My father had a king-size bed and a huge television and he made me sleep with my brother on the couch. He did it to break my spirit, “revealed the actor.

“I retired to disappear from the face of the earth. But years later I understood that I could never get rid of my fame, “he added. Culkin in the interview, which over the years has had legal disputes with his parents about his fortune, wasted between one thing and another, other unpleasant episodes such as when he had to testify in the trial against his friend Michael Jackson for sexual abuse of a minor, or problems with drugs.

Born in Manhattan, New York, on August 26, 1980, he began acting at the age of 4 in film, theater and television. Son of Christopher Cornelius Culkin a former stage actor and Patricia Brentrup. He attended a Catholic school (St. Joseph’s School in Yorkville) for five years and was the third of seven children, five boys and two girls: among them, also actors Rory y Kieran. The family lived in a small apartment, his mother was a telephone operator and his father worked as a sacristan in a local Catholic church.

He rose to fame in 1990 after starring in Home alone and Home alone 2, two years later (which in our country became known as My poor little angel 1 and 2). He retired in 1994, having made only 10 movies but amassed an impressive fortune of $ 50 million at the time. He would resume his career years later but without the same significance.

It is that the boy, only 10 years old, was beginning to be news due to the inconveniences of his family life. His dark past, he later recognized, had to do with his father’s attitude towards him and his brothers, whom he defined as “an aggressive person”, who saw in him a prosperous business when My Poor Little Angel was a huge box office success. So he became his manager and greed led him to be one of the most influential and hated men in the industry, with constant threats to remove his son from projects if the father’s whims were not met.

But, over the years he got tired of that life between sets and being only a boy, so he decided to face his parents who were more concerned about his son’s fortune – which was estimated at about 50 million dollars – than about your well being. “There, guys. I hope they have earned enough money because it will not come out of me anymore, “a teenager told them. Culkin that he became emancipated and did not speak to his father again. The trial against his parents came amid a tumultuous divorce, in which Macaulay -when he was only 14 years old- he took legal action so that the money earned in his short but intense career was put into protection.

The strange friendship of Macaulay Culkin and Michael Jackson

The strange friendship of Macaulay Culkin and Michael Jackson.

Another dark aspect of his life was what was considered a “strange friendship” with Michael Jackson, subject of which it preferred not to speak during years. However, a year ago he explained on the Inside of You podcast that their close relationship was probably due to the fact that both had suffered the ravages of fame since they were children: “No one around me had any idea what was happening and he had gone through the same situation and just wanted to make sure I wasn’t alone. ” As reported by Para Ti, Culkin He testified on behalf of the singer during the child abuse trial of which the pop star was acquitted. He said that he shared a bed with the singer and never felt uncomfortable or bothered him, according to The Washington Post. The actor maintains a close relationship with the family of Jackson and he is the godfather of the three children of the artist.

On September 17, 2004, he was arrested in Oklahoma for possession of marijuana and two other substances, for which he was briefly jailed, and later released on a bond of $ 4,000. After being tried in court on misdemeanor drug charges, he himself pleaded not guilty at trial and later changed his plea to guilty. He received three one-year suspended sentences and was sentenced to pay $ 540.

A new life for Macaulay Culkin

A new life for Macaulay Culkin.

Last April, Macaulay and his girlfriend, Brenda Song, they became parents of Dakota Song Culkin. “We are very happy,” the couple said in a statement. The baby is named after the late sister of Culkin, Dakota, who died in 2008 at age 29 from her injuries after being hit by a car.

Last February, Culkin had said in Esquire magazine about his desire to have a family with Song, his girlfriend for four years. “We practice a lot,” joked the 40-year-old actor. “We are solving it, making time work. Because nothing turns you on more than when your wife walks into the room and says, ‘Honey, I’m ovulating.’ Song, who has appeared on The Social Network and ABC TV Station 19, previously told the post about his relationship with Culkin. “You can’t be around him and not be happy,” he said.

Before her romance with Song, Culkin had dated Mila Kunis for eight years before their relationship ended in 2011. He had also been married to the actress Rachel Miner in 1998, but broke up two years later.

Macaulay Culkin and her baby.

All the humor that the media did not use to tell his story, he applies it in his current public life. Through his website and podcasts Bunny Ears, or in his sporadic appearances on talk shows or in his more infrequent encounters with journalists. He is relaxed, serene, mature and with an ironic touch that can usually be worn by the one who was already at the top and saw everything from there.

A few years ago, to pass the time, he created a tribute band to Velvet Underground, the legendary group of Lou Reed and John Cale, in which all the reversals are turned into pizza songs. He called it Pizza Underground. Another of his bursts of humor in which he shows the ability to laugh at himself: when he saw a photo of Ryan Gosling with a shirt with his face, he had one made that contained Gosling wearing that shirt.

Macaulay Culkin, the actor from “My poor little angel” who fell into addictions and suffered emotional and financial abuse