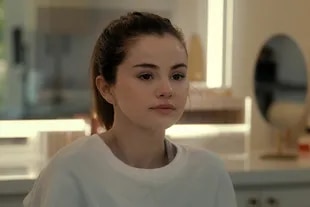 lupus is a autoimmune disease that can affect several organs and generates different types of symptoms in those who suffer from it. In recent years, awareness of this disease has grown, in part due to the diagnosis received by two famous international women who speak loudly on the subject: they are Selena Gomez Y Lady Gaga.

Gomez recounted her diagnosis for the first time after having to cancel a world concert tour due to the fragile state of health that he had as a result of lupus. Since then, the singer and actress has become one of the most visible faces in the fight against this disease, even being forced to undergo surgery for a kidney transplant that had been attacked by the condition.

On the other hand, the singer Lady Gaga confessed in 2010 for a CNN interview that suffer from lupus erythematosus -the most common type of the disease- and that in 2017 forced her to cancel concerts due to the complications caused by this disease and fibromyalgia, another disease that she also suffers from.

Now, what is Lupus? According to Dr. Esteban Chilelli (MN 110527), clinician at the Sanatorio Modelo de Caseros, it is an autoimmune disease -meaning that the body itself reacts against its own tissue- that affects many organs at the same time if it is systemic and only a few when the condition is localized. Attacks connective tissue It helps support the structures of the body. For this reason, the professional highlights that the most common symptoms caused by this disease are: tiredness, inflammation and joint pain.

“The word lupus means wolf in Latin and is related to a skin manifestation, which is called “butterfly wings” that appears on the face of some patients that simulate the spots that these animals have on their faces”, adds Dr. Chilelli.

According to the online medical portal MedlinePlus, The symptoms of this condition are varied, but the most recurrent signs are:

Regarding whether it can be hereditary, Dr. Chilelli explains that At the moment its cause has not been discovered, but it has been detected that in some cases it could have to do with genetics. Medicine and science have not yet been able to give a concrete answer to its origin.

For the Lupus Research Alliance Different variations of this autoimmune disease can occur.

Likewise, this institution that investigates the disease has detected that although lupus can affect anyone, it is more frequent in women. They have found that nine out of ten adults with the disease are women and that it is also more common in African-American, Hispanic, Asian, and Native American women than in Caucasians.

“Once the patient begins to detect the symptoms and affects their quality of life, they should make a medical consultation; From the clinical instance, he is referred to the laboratory to verify the origin of his discomfort”Chilelli says. And he adds that once the condition is detected, a treatment with immunosuppressive drugs to lower the body’s inflammatory response.

German physician Georg Schett spearheaded a series of clinical trials with a promising new therapy called CAR-T (abbreviations in English for ‘chimeric T lymphocyte antigen receptor’), which proposes to “reset the immune system” of those who suffer from this type of disease.

The CAR-T therapy consists in draw blood from sick people, genetically engineer some of their white blood cells, and re-infuse themalready modified and with an increased ability to destroy cancer cells.

The results of the clinical trials were published in the journal Natural Medicine and it was shown for the first time that five patients with lupus who did not respond to drugs and had severe forms of the pathology were able to improve their health status with this technology. Due, people in the trial have been symptom-free and drug-free for up to 17 months after a single CAR-T treatment.

However, these are the first tests of the efficiency of CAR-T therapy and it has not yet been implemented massively in patients since more research is needed on its method and results. “There is still no scientifically recognized cure for lupusbut what can be done is a drug treatment to ensure that the patient does not suffer too much from the symptoms”, reinforces Dr. Chilelli.