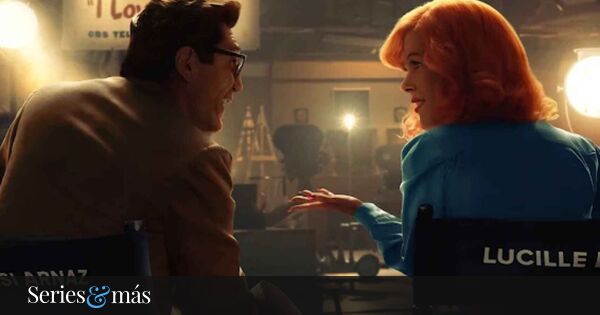 Being The Ricardos, Amazon’s trump card for the Oscars 2022 arrives this Tuesday on the streaming platform with a luxury poster starring Nicole Kidman, one of the favorites for the best actress award, in the role of Lucille Ball, and Javier Bardem, as Desi Arnaz, two television icons of the 1950s. Taking advantage of the premiere of the film written and directed by Aaron Sorkin, we cannot miss the opportunity to review the legacy of the protagonist of the mythical I Love Lucy in the television industry.

The winner of 19 awards, several of them for her comic performances, also received prestigious awards throughout her career, including the Governor’s Award Emmy (1989), the Cecil B. DeMille of the Golden Globes (1979) or the Gold Medal of the International Society of Radio and Television (1977), among other awards for her entire career, because Lucille Ball was not only a legend in front of the screen, she was also one of the most successful television executives in history.

Pioneer behind the cameras

Ball was the first woman to run a production company and a television studio, Desilu Productions, the company he founded in 1950 with Desi Arnaz, her husband, in real life and fiction, with whom she produced the variety show with which they convinced CBS of the viability of the project, and that Arnaz was its protagonist, something to which the chain was reluctant initially because she believed that the audience would not accept that her husband was of Cuban origin.

The rest is history. The series that while it was on the air was seen by two out of every three households in the United States, went on to air 180 episodes spread over six seasons and made Lucille Ball a legend. After the couple’s divorce in 1960, Ball bought her ex-husband’s shares and continued to run the production company. As such, it was responsible for giving the green light to the series Mission Impossible (1966), The Untouchables (1959) and the original series of Star Trek, which in 2021 continues to be one of the most successful franchises in film and television.

It changed the way of doing television

Filming image of ‘I Love Lucy’

With Desilu Producciones Lucille Ball was also a visionary. When it premiered I Love Lucy in 1951, live television was the norm and the only guarantee of quality. Any prerecorded program was considered an inferior product for its loss of immediacy. The usual thing in the United States, due to its different time zones, was to broadcast live on the east coast using a camera, and record the images of the broadcast from a monitor (kinescoping) to broadcast it three hours later on the west coast.

Instead of prioritizing live broadcasting, Lucille and her team decided to go for image quality. They started recording the episodes in 35mm to be able to keep them and they shot with an audience, providing spontaneity because the laughter of the audience present was spontaneous. Those were not the only contributions, they also bet on the multi-camera system, which had already been developed, but for other types of events and no one had previously used it for a television series. With this, agility was achieved during production and freshness in the performances, because several angles of each shot were achieved without waiting for the cameras to change position.

With I Love Lucy the way of doing television was totally transformed, the sitcoms as we know them today and also the reruns were born, something unthinkable at that time, when the useful life of the programs ended once they were broadcast. Ball became pregnant during the second season of his series, Desilu Productions was able to complete the order of 39 episodes that CBS had done including a rerun of the best episodes of the first season. This strategy was a success with the audience that laid the foundations of the syndication of television programs that we continue to enjoy today.


In addition to including a multicultural couple as protagonists and some expressions in Spanish, I Love Lucy he also broke other taboos, such as include her pregnancy in the plot of the series, something that was totally revolutionary in the 1950s and that took many negotiations to materialize. The reason CBS executives opposed this decision was marked by the moral censure of the day. Seeing Lucy pregnant on the screen openly implied that Lucy and Desi, who slept in separate beds according to the code of the time, were actually having sex.

With six successful seasons and two other sitcoms that she starred in afterward, Lucille Ball was a comedy genius who has inspired all generations to come, but she was also a producer with decision-making power about her own series. Ball was a pioneer and visionary and broke the stereotype of the housewife television before it existed.

‘Being The Ricardos’ premieres December 21 on Amazon Prime Video.

• ‘The power of the dog’, the masterpiece by Jane Campion with which Netflix wants the Oscar

Lucille Ball, the visionary who changed the way we do television