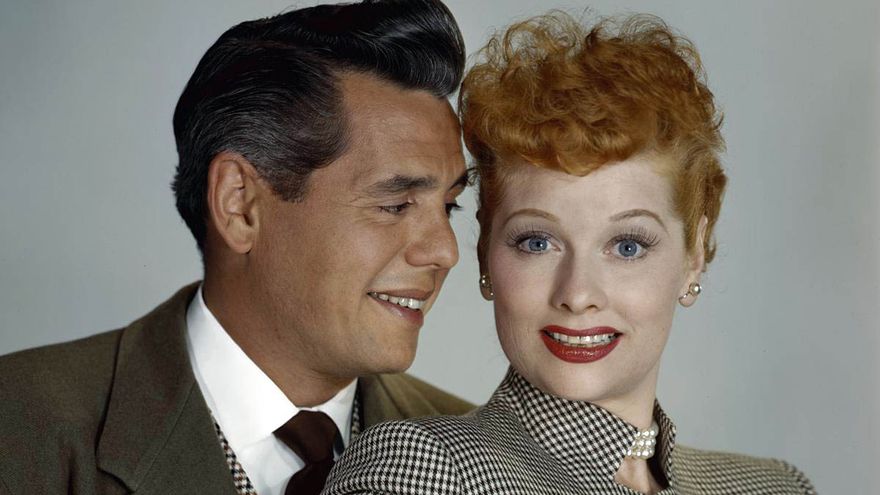 Aaron Sorkin’s new movie, ‘Being the Ricardos’ (Prime Video, December 21), focuses on a week of production of the mythical ‘sitcom’ from the fifties ‘I love you Lucy’, but uses flashbacks and detours to draw the full portrait of Lucille Ball (Nicole Kidman), the teacher of physical comedy who gave life to Lucy Ricardo, the wife with artistic impulses of the conductor Ricky Ricardo, played by the true Cuban musician Desi Arnaz (Javier Bardem).

Still today we need reminders of the milestones of an artist who, although it is hard to believe, did not succeed the first time. Before being a comic queen, Ball was a model, Broadway actress and, under contract at RKO, Glamorous wannabe diva in the vein of Rita Hayworth and Marilyn Monroe. The strongest bet in that direction came in 1942 with ‘Su Último Danza’, alongside Henry Fonda, but later came, above all, series B with little substance.

In 1940 he had met, during the filming of ‘Too many girls’, to the conductor Arnaz, whom he married in November of that same year. Two became one; when CBS proposed to Ball to move the radio comedy ‘My favorite husband’ On television, she insisted that this favorite husband be her real husband.

From the idea, a series with another name was born, ‘I love you, Lucy’, released on CBS on October 15, 1951 and closed in 1957 after 180 episodes. An irresistible comedy, although Sorkin says otherwise, about a young, middle-class housewife’s fixation on inserting herself into her husband’s nightlife and becoming part of show business. The gestures and taste for Ball’s costume are legend. But it is that, in addition, the series could be naughty portrait of his time: their entanglement plots exploded the restrictions placed on women in 1950s American society. ‘I love you, Lucy’ can also be seen as history of television: The tremendous episode ‘Lucy does a TV commercial’ is almost “a kind of documentary about the worst indecencies of the first television commercial”, as the critic Saul Austerlitz pointed out in his 2014 essay ‘Sitcom’.

For four of its six seasons, ‘I love you, Lucy’ was the most-watched series in America, and has remained obsessively watched ever since. At the time, the series were performed and broadcast live and not kept on tape, but Ball and Arnaz insisted that the episodes be shot on 35mm. That allowed him to continue to recover for decades and for Ball to be a reference for several generations of women who believed that comedy was not just a man’s thing. The writers of ‘Hacks’ (HBO Max) thought of women like her when they created the character of Deborah Vance (Jean Smart), that veteran comedian who earns respect, after various epiphanies, from the young ‘canceled’ screenwriter Ava (Hannah Einbinder).

Owner of a large television studio

If Ball and Arnaz could decide how the series was made, it was because they themselves produced through their company Desilu, the same company that, years later, would give rise to ‘The untouchables’ or, with Ball as the sole owner, ‘Star Trek’ Y ‘Mission Impossible’. That’s right: in 1962, Ball became the first woman to run a major television studio.

With his biography a series could be made, but Sorkin (‘The West Wing of the White House’) has preferred to make a film and focus on various crises that he allows himself to agglutinate in one week in 1952How Ball’s former affiliation to the Communist Party reverberates, a decade and a half later (he only did so, he explained, to placate his socialist grandfather); how posting a photo of Desi with another woman in a tabloid magazine affects marriage (she was at that party, but her husband was alone at many others), and how the couple managed to introduce Ball’s actual pregnancy into the mythical fiction.

The 1953 episode ‘Lucy goes to the hospital’, in which Lucy, that’s right, went to the hospital to give birth to little Ricky, was the most watched of the entire series: 44 million viewers and almost a 72% share. Once again, Ball proved to be right. At first, the chain and sponsor had even refused to show the pregnancy. At that time, the chaste Television Code prohibited any suggestion of a sexual nature. Any past time was not always better.

Lucille Ball: the funniest (and most trolled) woman of the 50s