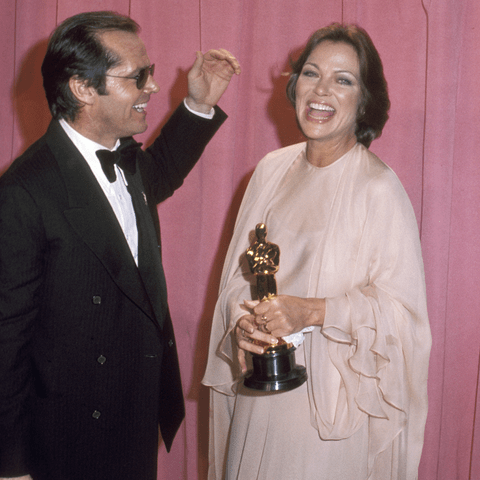 ‘One Flew Over the Cuckoo’s Nest’ actress Louise Fletcher has died at the age of 88. The actress played the famous nurse Ratched in the classic film, a performance that earned her the Oscar, BAFTA and Golden Globe Award for Best Actress in 1976.

‘One Flew Over the Cuckoo’s Nest’ was one of the first movies in decades to garner every major Academy Award and nomination, including Best Picture, Best Director and Best Screenplay, in addition to the cast.

As the daughter of deaf parents, Fletcher made history by becoming the first person to sign her acceptance speech in 1976.

Her acting career continued into the early 2010s, taking on many roles, often villains. She starred in everything from ‘Exorcist II: The Heretic’, ‘Cruel Intentions’, ‘Joan of Arcadia’, ‘Thieves Like Us’, ‘ER’, ‘Star Trek: Deep Space Nine’, ‘Girlboss’ and the version American from ‘Shameless’.

Her representatives have confirmed that the American actress died at her home in Montdurausse, France. From that moment messages came from people in the entertainment industry and fans of the actress, especially from Star Trek.

Robert Hewitt Wolfe, screenwriter on ‘Deep Space Nin’e, tweeted: “It was an honor and a pleasure to write for Louise Fletcher, one of the greatest. A resplendent talent and a class example. Rest with the Prophets.”

Wolfe also shared quotes Fletcher once gave about his Trek villain Kai Winn, in which he described the “operatic” nature of the role he loved. Her former co-star, Marlee Matlin, added: “It is sad to read of the passing of Louise Fletcher. Brilliant actress and Academy Award winner, I remember her as the daughter of deaf parents (CODA), who was the FIRST to sign her acceptance speech at the Oscars. And she was lovely as my mother in ‘Picket Fences’. RIP dear Louise.”

Fans also took to social media to pay tribute to the late actress, with many citing her as an “extraordinary” woman who “will be remembered forever.”

One Twitter user wrote: “RIP Louise Fletcher, whose extraordinary and iconic performance as Nurse Ratched in ‘One Flew Over the Cuckoo’s Nest’ will be remembered forever, as will her incredible and moving Oscar speech that ended up speaking for gestures with their deaf parents.”

While others thanked her for her role as Kai Winn: “With the passing of Louise Fletcher, the world has lost a truly lovely woman, who made us all love so much to hate her.” A third added: “RIP to the extraordinary Louise Fletcher, who gave one of the best movie performances in ‘One Flew Over the Cuckoo’s Nest’.

Louise Fletcher, Oscar winner for ‘One Flew Over the Cuckoo’s Nest,’ dies