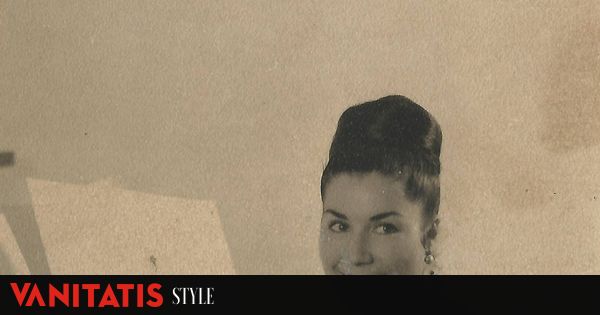 “It went out little by little like a candle.” This is how the family of Lina, the flamenco designer whose costumes went around the world, who has passed away. A hard-working woman who had the affection and respect of all the artists and colleagues. Lina dressed flamenco to Grace of Monaco when he visited the April Fair. His image leaving the Alfonso XIII hotel, wearing a white and pink suit and walking through the Real de la Feria, went around the world. He also dressed the Queen Sofia during a visit to the village of Rocío and, more recently, to the daughter of Tom Cruise and Katie Holmes, little Suri, when the actor was filming the movie in Seville ‘Day and night’ next to Cameron Diaz.

Marcelina Fernández and her husband, Francisco Montero, created the Lina firm in 1960. They were always characterized by their perfectionism and conscientious work. They formed a great team and a great family with six children who grew up in the workshop. Of them, two daughters, Rocío, who studied Fine Arts, and Mila, who did Tourism, took over the generational shift to lead the firm. One of her brothers also works on it, taking care of a new line dedicated to leather design.

The main flamenco dancers have worn batas de cola from this workshop. Their flyers are unique, and top-notch artists like Rocío Jurado, Isabel Pantoja O Maria del Monte They have also commissioned their costumes. His fame went to John Galliano himself, who came to his workshop to learn the secrets of making a bata de cola.

Although they started in the neighborhood of Santa Cruz de Sevilla, currently the store and workshop are located on Calle Lineros in Seville. Marcelina Fernández started sewing as a child. At the age of 8 he dressed his dolls and little by little he got a small workshop. In 1960 she married Francisco Montero, who was a bullfighter, and they decided to create the firm that has been a pioneer in flamenco fashion and that earned her the nickname of the Master among her peers. She made innovations in the flamenco dress, such as lowering the waist to highlight the female figure.

A Isabel Pantoja he began to dress her when he was 7 years old. Her mother, Dona Ana, wanted her daughter to be dressed by the best. They also made their wedding dress, with a 7 meter tail, for their wedding with Paquirri and the baptism suit of Kiko Rivera. Later, they also took care of all the singer’s wardrobe for the film ‘Yo soy esa’, which made them nominated for the Goya for best wardrobe.