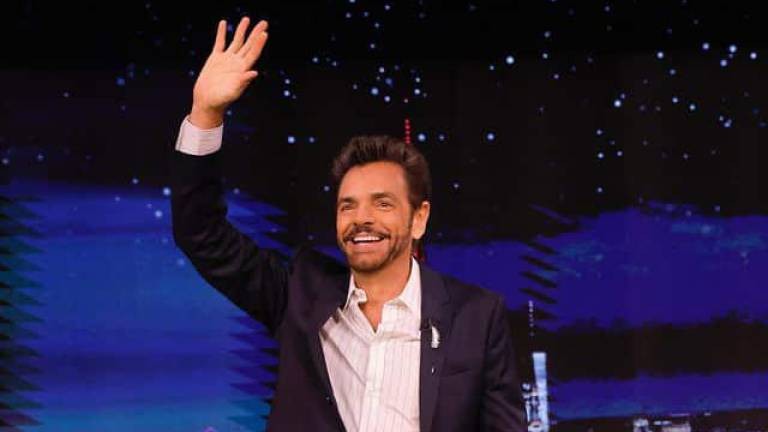 Without a doubt, since Eugenio Derbez left Mexico and sought his dreams in Hollywood, he has had an unstoppable streak of work. In addition to appearing in large film productions and series for streaming platforms, the comedian has had the opportunity to test himself in other genres, such as reality shows and even drama. Recently, the Mexican actor was invited to the program “The Tonight Show” with Jimmy Fallon in New York, where in addition to talking about his role in the film as a music teacher, Derbez realized that perhaps it is time to change his vocation .

The film “CODA” premiered at the Sundance Film Festival a few months ago, and was such a success that it was acquired for a record amount by Apple TV +. During the interview with Fallon, Derbez said that at the beginning of his career he dedicated himself to comedy, and announced that from now on he seeks to change genre to drama films, both in Mexico and in the United States, since most of the people don’t take it seriously to play those characters

The film “CODA” premiered at the Sundance Film Festival a few months ago, and was such a success that it was acquired for a record amount by Apple TV +. PHOTO: INSTAGRAM

“I’ve done comedy my whole life, that’s why people don’t take me seriously for dramatic roles,” said Derbez, who mentioned other actors who have made the same decision, such as Tom Hanks and Jim Carrey, who changed their doings. comedy to drama.

Days before the interview with Jimmy Fallon, Eugenio’s eldest daughter, Aislinn, revealed on Instagram that her father was very nervous, he also remembered when he first traveled to New York with the actor. “15 years ago we came to NYC together for him to fulfill one of his biggest dreams, which was to act on Broadway, while I had no idea what I wanted to do with my life (I ended up studying visual arts there and it was one of the best stages of my life. life) ”, shared the actress.

Eugenio also took advantage of social networks to share the emotion that caused him to be invited to the Jimmy Fallon program. “Tonight I’ll be on The Tonight Show with Jimmy Fallon. See you on television “, wrote the producer also.

With information from Vanguardia