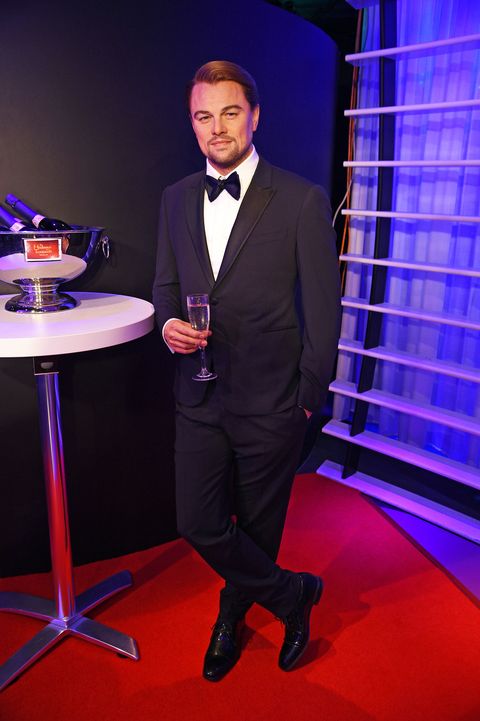 nor the Oscarneither the Golden Globes, nor the MET Gala, nor the Emmys, nor any other party known to man has the number of celebrities who enjoyed the recent celebration of the birthday party Leonardo Dicaprio. Since you don’t turn 48 every day (and except on the 11th of 11, yes, Leo was born on singles dayahem, ahem), the interpreter of Once Upon A Time in Hollywood… he honored this by organizing a party (let’s make this word fashionable again, please) with a party where not a single star from the Los Angeles hills was missing.

And this is Leo, made of wax, waiting for his guests.

And you will be wondering, “how what “a luxurious mansion”? It will be his, right?”. Well no. It’s what it takes to be rich in Hollywood that instead of destroying your mansion with a huge spree, you rent it to another rich man and pay him for the (possible) damage.

Come on, Leo, go out dancing, you do it phenomenally…

A party in which the paparazzi caught the arrival of the guests, but only those who were seen. What does this mean? Well surely more than half traveled there in vans and cars with tinted windows to go unnoticed. Of course, we have the perfect Spanish comparison with this party, and you will prove us right.

Once Upon A Time in 2003… a young man soccer player of Real Madrid celebrated its 27th birthday in a mansion in La Moraleja, now owned by Sergio Ramos. A party that is still remembered today for the number of people, especially young and pretty girls, who gathered there (watch out for this subtle football reference from the editor. Sublime).

“I was at the birthday party with my wife and when buses of ladies began to appear my wife told me to go home. Figo the same”, recounted Iván Helguera years later. A celebration that was not lacking david beckham (without Victoria) and in which there was gossip of the most succulent. The most morbid was the one who claimed that Vania MillanMiss Spain 2002 and current ex-sister-in-law of Sergio Ramos (the poor man ends up indirectly involved in all the ‘fregaos’), had been seen leaving the party in tears for not having flirted with the host.

“Some remember my parties more than my goals. What I like are goals… and parties. people imagine but they have no idea how good they were“, assured Ronaldo during his appearance in ‘El Hormiguero’ in 2017.

I hope to go to a party organized by Leo and Nazario. Illusions (and parties) also live.