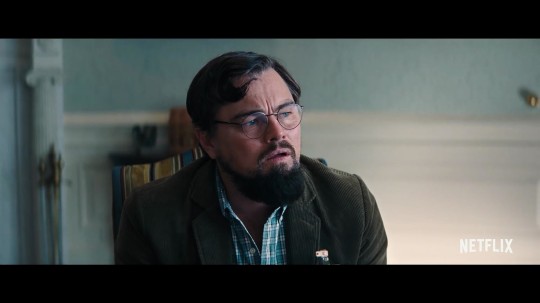 Leonardo is in final talks for the role, according to multiple reports (Photo :.)

In a project that we can already think of as an awards season darling, MGM took over a screenplay written by Scott Rosenberg from Venom that details the life of the 1970s cult leader who was responsible for one of the biggest mass deaths. Of the history.

According to the Hollywood Reporter and Deadline, DiCaprio is in final talks to play Jones in the movie, called Jim Jones.

Jones founded the Peoples Temple – which he promoted as a fully integrated congregation promoting Christian socialism – in 1955, and by the 1970s he had rejected mainstream Christianity and claimed to be God.

He built his commune in Guyana in 1974 and, four years later, told his supporters to drink Flavor Aid which was mixed with cyanide.

The mass suicide of November 18, 1978 claimed the lives of 909 people, including 304 children, with the tragedy being called the Jonestown Massacre.

Jim Jones was responsible for one of the biggest mass deaths in U.S. history (Photo: Janet Fries /.)

The Jonestown Massacre has been the subject of a number of films, TV series, and documentaries in the past, including the 1980 Emmy-winning miniseries Guyana Tragedy: The Story of Jim Jones, and the 2007 documentary by History Channel Jonestown: Paradise Lost.

The tragedy was also heavily referenced in an episode of American Horror Story: Cult.

Jim Jones will also be produced by DiCaprio and Jennifer Davisson through their company Appian Way, while Rosenberg will be executive producer.

DiCaprio has played a number of real characters over the course of his career, including Jordan Belfort in The Wolf of Wall Street, Frank Abagnale Jr in Catch Me If You Can, Howard Hughes in The Aviator, and J Edgar Hoover in J Edgar.

Leo will next be seen in Don’t Look Up (Photo: Netflix)

The 46-year-old won his first Oscar for his portrayal of pioneer Hugh Glass in The Revenant in 2015.

DiCaprio will then hit our screens this Christmas in the star-studded Netflix movie Don’t Look, in which he plays an astronomer trying to warn humanity of an approaching meteor poised to destroy Earth.

Next year, DiCaprio will be a little more serious in Martin Scorsese’s next project, Killers of the Flower Moon, in which he stars alongside Robert De Niro and Jesse Plemons.

He will also play an actual character in this film, as he was cast to play Ernest Burkhart, the nephew of convicted murderer William Hale.


MORE: Selling Sunset Officially Gets An OC Spinoff With Jason Oppenheim On Netflix