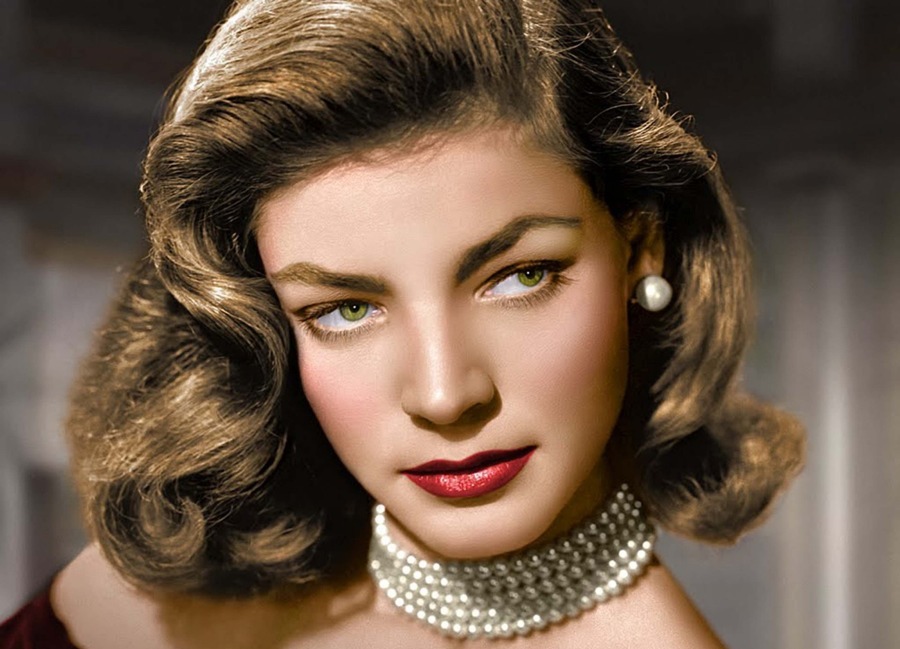 She was born in the Bronx, the daughter of an immigrant couple, he Polish, she Romanian, both Jews; He was 14 when his parents divorced and 15 when he began his studies at the American Academy of Dramatic Art; She worked as an usher and also as a model to help pay for her studies, then her future was forged, she was about to become one of the divas of classic Hollywood cinema.

Lauren Bacall was a cousin of Shimon Peres, Israeli Prime Minister, since their parents were brothers but it was not that note from her personal life that made her more famous than it became for herself but her marriage to Humphrey Bogart, with whom he had two children; their marriage ended when death severed them… Bogart’s death, 12 years after their wedding. He married again, this time his marriage was shorter, although he then had his third child.

Both Broadway and Hollywood surrendered to the beauty and mastery of Lauren Bacall and the American signed some of the most iconic performances of classic cinema, many of them in the company of Bogart: Have and have not, released in 1944, was his first film, The Forger, released in 2012, the last of them and between the two, Confidential Agent, The Eternal Dream, Key Largo, How to Marry a Millionaire, Murder on the Orient Express O Love Has Two Faces among many other tapes.

He worked with the best of Hollywood -Humphrey Bogart, Marilyn Monroe, Rock Hudson, Paul Newman, Ingrid Bergman, Robert Altman, Lars von Trier, Harvey Keitel or Barbra Streisand among others-, he triumphed on Broadway and also in London’s West End, she dared to emulate Bette Davis in the theatrical version of Naked Eve and even Davis herself praised her work; in London he triumphed with the work of Tennessee Williams Sweet Bird of Youth.

Lauren Bacall hastened her life and said goodbye to her at the age of 89 in her hometown, New York.

Your Famous Quotes and Phrases