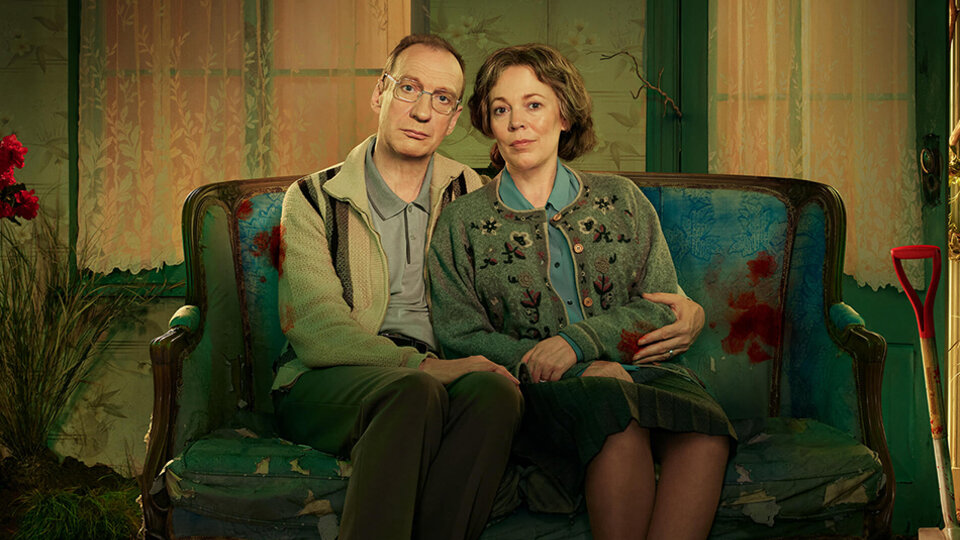 Towards the end of an intense cinematographic trajectory that would only be interrupted by his sudden death, François Truffaut made a film about the occupation of France during the Second War concentrated in a theater. That movie was The last subway (1980), an unexpected success, a melancholic farewell to the remnants of a turbulent period concentrated on stage boards. The story was that of Marion Steiner -interpreted by a splendid Catherine Deneuve-, an actress who tried to protect her Jewish husband persecuted by the Nazis and hidden in the basement of the theater, to carry out the theatrical routine with apparent normality to offer to the Parisians a bit of illusion, and also living one’s own, untimely in love with a young actor, an impulsive militant of the Resistance, played by Gérard Depardieu. That theater and its drama were thus transformed into the perfect substitute for reality, a mental landscape full of lights and colors where time was drawn at a whim, where fantasy resisted bombardment and dreams escaped persecution.

The last subway is the film that Susan and Christopher Edwards discover together – masterfully interpreted by Olivia Colman and David Thewlis – on their first date, like a balm that rescues them from a dark reality to deposit them in the most colorful of fantasies. This invented landscape, full of papier-mache decorations that roam the scene, secret letters that Depardieu seems to send them from an imaginary refuge, and the happy moments lived in front of the screen, is what defines a self-imposed exile in France after 15 years of an unforeseen escape. Landscapers of their own innocence, accomplices of the lonely hero played by Gary Cooper in At the appointed timeTheir day-to-day lives coexist with the posters that adorn Lille’s ramshackle refuge until an oversight brings them back to Britain. The history of that course between the real and the imagined is the axis of Landscapers, the miniseries recently premiered on HBO Max, based on the real case of the Edwards couple who in 2014 were arrested for the crime of Susan’s parents, the burial of their bodies in the garden of their house in Mansfield, and the suspicion of a macabre plan devised towards the end of the 90s.

Written by Ed Sinclair (Colman’s husband) and directed by Will Sharpe (director of the not yet released The Electrical Life of Louis Wain, with Benedict Cumberbatch and Claire Foy), the four-episode miniseries rehearses a curious tone to portray the police story behind the capture and interrogation of the Edwards, who return to England aboard the Eurostar to surrender to justice. The architects of his arrest are agents Emma Lancing (Kate O’Flynn) and Paul Wilkie (Samuel Anderson), pieces of an absurd comedy that delves into the past of the marriage not only to find the signs of a possible crime but also a strange scaffolding of secrets and inventions that can no longer be distinguished. Sinclair writes without distinction the most tragic and the most hilarious moments, coming together in an environment that slides the most austere black and white in a palette of an artificial technicolor that, plane by plane, installs its logic. Chris and Susan mistake their faces for the silhouettes of Cooper and Grace Kelly in the final feat of Fred Zinnemann’s western, champions of their own lonely souls epic.

The most interesting of Landscapers it is the tense coexistence between the two versions of a mystery never fully elucidated. The Edwards were condemned – the well-known legend of the beginning clarifies us – despite the fact that they always maintained their innocence. In this way, the cold lyrics of the official version gravitate in the miniseries – concentrated in the images that collect fragments of television news, police statements, judgments of the justice – and the imagery that inhabits the stories of the accused, which charges It forms in an exuberant and artificial setting, which is amalgamated with the posters that Susan devoutly hangs in the rooms of her French refuge, which turns Chris into the noble knight who rescues her from her infernal childhood. The winks are not only in the first scenes of the miniseries that present that world as a film set, or in the slow dissolution of the word “real” in the phrase that announces the sustenance of fiction, but in the constant rupture of the fourth wall, the coexistence of the past and the present, and the perfect communion between register and representation.

Both Olivia Colman and David Thewlis model their characters on that imperceptible border between the inner experience and the insidious irruption of the outside. Colman shows that the mastery of his performance lies in the deep control of his gestures, sober and disturbing alike, which transmits the gears of his thought never as something obvious and calculated but as the secret safeguard of his final reaction. It is enough to see her in her expressions in front of the Belgian poster of At the appointed time, lost in the adventures of that fictional world that she devours with her alert gaze. The love that unites her with Chris, bordering on the complicity that feeds that marginalized condition, is born from the same fictions that bring them together, those of the cinema and those of their stories of innocence, but also from that guilt affirmed by the cruel police inquisitions , those that need two names for their sentences. What if that sentence was actually the ultimate fantasy?

What The last subway of Truffaut, in which that world of war reappeared on the stage, in daily cruelties rather than in great events, Landscapers Dodge the final sentences of guilt and punishment to explore the labyrinths of events. Who are Susan and Chris is a question that unfolds beyond their status as fugitives or detainees, child lovers or fabulous mercenaries. Their world is as rich as the images they inhabit, thicker than that of the archetypes of a satire, more human than that of the villains of a melodrama. That world that combines the dreams of cinema and the darkness of life does not stop resisting in its staging the vulgarity of crime through the impulse of art. As Truffaut said, “life is transitory by definition, it moves towards decadence. However, everything in us aspires to the definitive, for this reason the cinema can only register tears: the contradiction between our absolute aspiration and the ephemerality of reality ”.