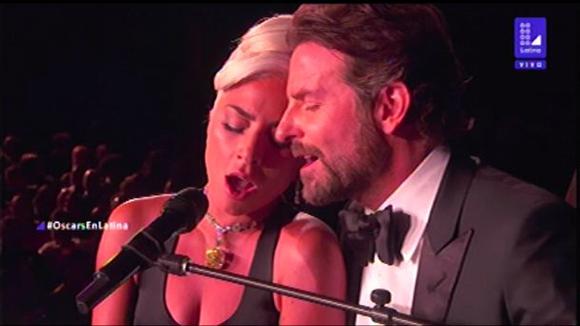 Lady Gaga will release on May 3 a new song entitled “Hold My Hand” that will be part of the official soundtrack (BSO) of the movie “Top Gun: Maverick”, in which Tom Cruise gives continuity 36 years later to the Adventures of US Navy pilot Pete “Maverick” Mitchel.

The song, reports her record company, has also been produced by her along with BloodPop and Benjamin Rice and constitutes her return to film composition since she took charge of the music for the 2018 remake of “A Star Is Born” (“A star is born”), for which he won an Oscar and four Grammys, among other awards.

“Hold my hand everything / Will be ok / I heard from the heavens / that clouds have been grey”, reads a part of the lyrics that Lady Gaga personally advanced to her followers through her Twitter account.

“Top Gun: Maverick” will hit theaters a few weeks after “Hold My Hand”, specifically on May 27, to find its protagonist as a flight instructor for pilots who require special skills, before being involved in a situation that will make him face his ghosts from the past and a mission that will mean “a definitive sacrifice”.

Rising to the altars as a new musical phenomenon since her first album, “The Fame” (2008), Stefani Joanne Angelina Germanotta (New York, 1986) has managed to stay on the Olympus of musical stars with successive albums, such as “Born Thiw Way ” (2011).

His latest works have also allowed him to once again win praise from critics and the public, such as “Chromatica” (2020), his second album of duets with Tony Bennett “Love for sale” (2021) or his leap into the cinema with the aforementioned “ A Star Is Born” and, more recently, with her portrayal of Patrizia Reggiani in Ridley Scott’s “House of Gucci”.