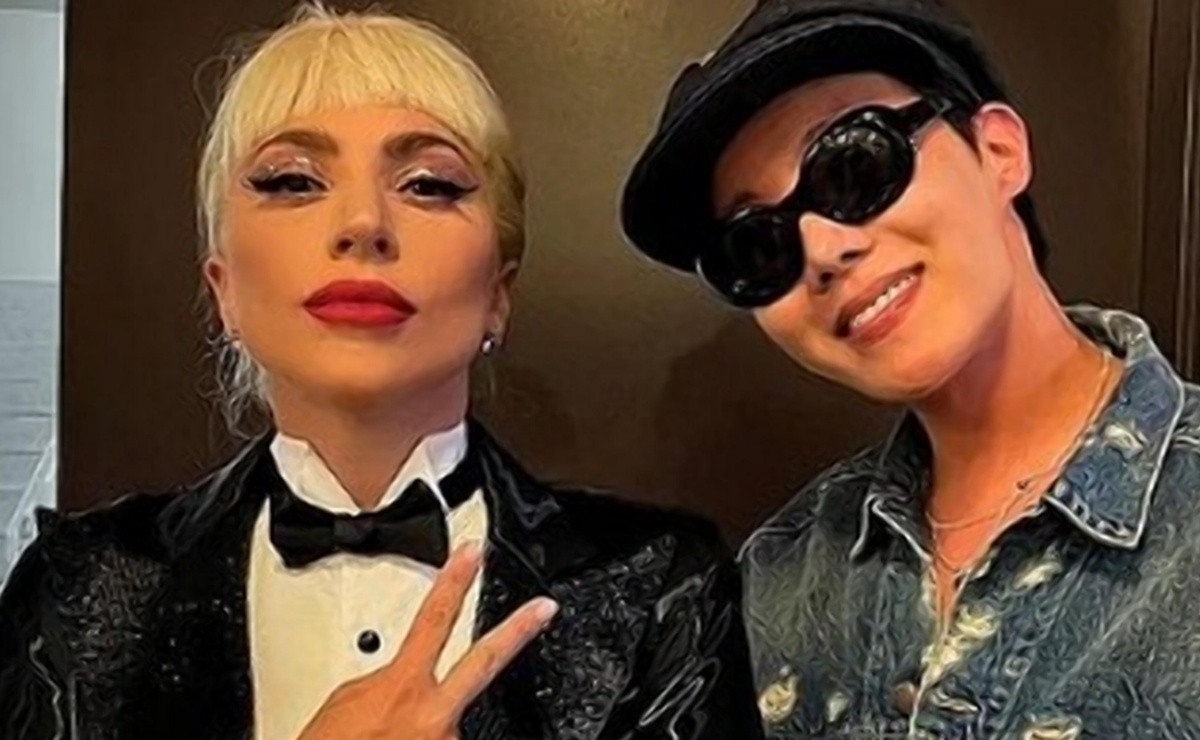 The extraordinary South Korean musical group btslived three great weeks in Las Vegas, Nevada, United States, where they performed four concerts of their new world tour “Permission to dance on stage”. During their stay in the so-called “Entertainment Capital of the World”, the seven members of the boyband carried out various activities both as a group and separately.

At the end of the concert by actress, activist and fashion designer Stefani Joanne Angelina Germanotta, real name of the performer of songs like “Bad Romance”, “Poker face”, “Shallow” and many more, the BTS rapper greeted her personally backstagesharing with ARMY some photos of this meeting, on his Instagram account @uarmyhope, where he has more than 33 million followers.

“Today was a really glorious day,” said Hobi after attending the concert by Lady Gaga.

When it comes to show business, there’s none quite like Lady Gaga! It was a special day for me, as I really wanted to see her performance.

J-Hope expressed that “Mother Monster” was amazing on stage and off stage she was very professional, “and there was a lot to learn from her, every comment from her to me, will stay with me all my life.”

Likewise, the 28-year-old idol from Gwangju, one of the six metropolitan cities in South Korea, described Lady Gaga as “my queen forever”asking him to “please keep making your amazing music. Thanks to you, today I discovered the beauty of jazz, I encourage you as a fan. I love you.”

The ARMY longs for a BTS collaboration with Lady Gaga. Two great exponents of pop music worldwide, it would be something else fantastic.

Recall that during their time on the red carpet of the 2022 Grammy Awards, the Idols said that other artists they would like to collaborate with. Rapper, songwriter and producer Suga expressed that with Lady Gaga.

Besides, after three weeks in Las Vegas, Nevada, BTS returned to their native South Korea to take a short breakto then continue with the release of his new album, which will be available on June 10.

Read more: We Are Bulletproof! BTS ARMY “bursts” in euphoria at the announcement of the idols’ new album

Apparently, Bangtan Sonyeondan will return to Las Vegas in Mayto attend the award ceremony of the Billboard Music Awards (BBMAs)which will take place at the MGM Grand Garden Arena.

These are BTS’s seven nominations for the 2022 Billboard Music Awards:

Graduated from the Universidad de Occidente in 2010 with a degree in Communication Sciences, passionate about human journalism. After participating in the “La Oveja Negra” Talent Workshop given by the Ideas Machine, I was recruited by El Debate companies and months after graduating, I began working as a general information and police reporter. I am the proud founder of Periódico La i (where I worked as editor and reporter) in the city of Guamúchil, Sinaloa, the popular newspaper of El Debate. Two years later I became editor of the newspaper La Sirena, another of the company’s popular newspapers. Later I migrated from paper to digital, when I went to our web portal www.debate.com.mx, witnessing the evolution and growth it has had. I am currently a web reporter and entertainment journalist, conducting interviews with local, national and international singers, groups and actors, I have also specialized in K-Pop and K-Dramas. In these years working in the company, I have acquired knowledge about SEO positioning in Google and Analitycs, as well as content development for social networks.