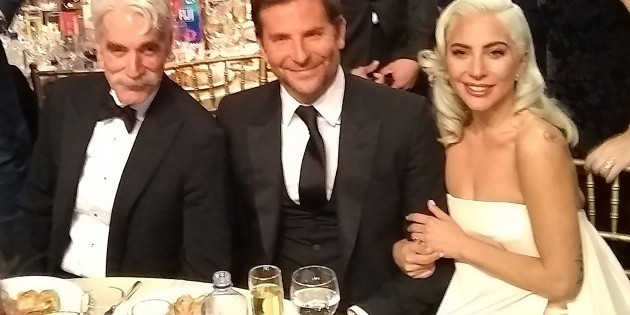 This weekend, Stefani Joanne Germanotta better known as Lady Gaga, has published a tweet in which she congratulates Guillermo del Toro and some of the main members of the cast such as Bradley Cooper, Rooney Mara and Cate Blanchett. “Nightmare Alley is an incredible movie with an incredible cast, congratulations to @RealGDT Bradley is spectacular, Cate and Rooney more than powerful! I love him so much. Go see it! “

However, despite the good intention of Lady Gaga towards her friends Bradley and del Toro, the gesture of urging her fans to see the film has been interpreted by some media such as the Daily Mail as a support in response to the reduced figures which raised the tape on its opening weekend.

Although the British newspaper points out that the gross $ 3 million raised in the first days of its premiere was enough to occupy the number 5 position at the weekend box office, the outlook seems complicated for a film that competes with success of Spider-Man No Way Home and that has cost his production company Searchlight Pictures, almost 60 million dollars. The highest amount they have invested in a movie so far, according to information from Variety retrieved by the Daily Mail.

The Nightmare Alley script is written by Guillermo del Toro and Kim Morgan, with whom the director from Guadalajara secretly married in May of this year. With a cast full of stars, in the film we will see together on screen Willie DaFoe, Ron Perlman, Cate Blanchett, Toni Colette and Richard Jenkins accompanied by Bradley Cooper in the role of Stanton Carlisle, a mentalist with the talent to manipulate the people with a few well-chosen words, who join a psychiatrist (Cate Blanchett) even more dangerous than him.

When does “Nightmare Alley” premiere in Mexico?