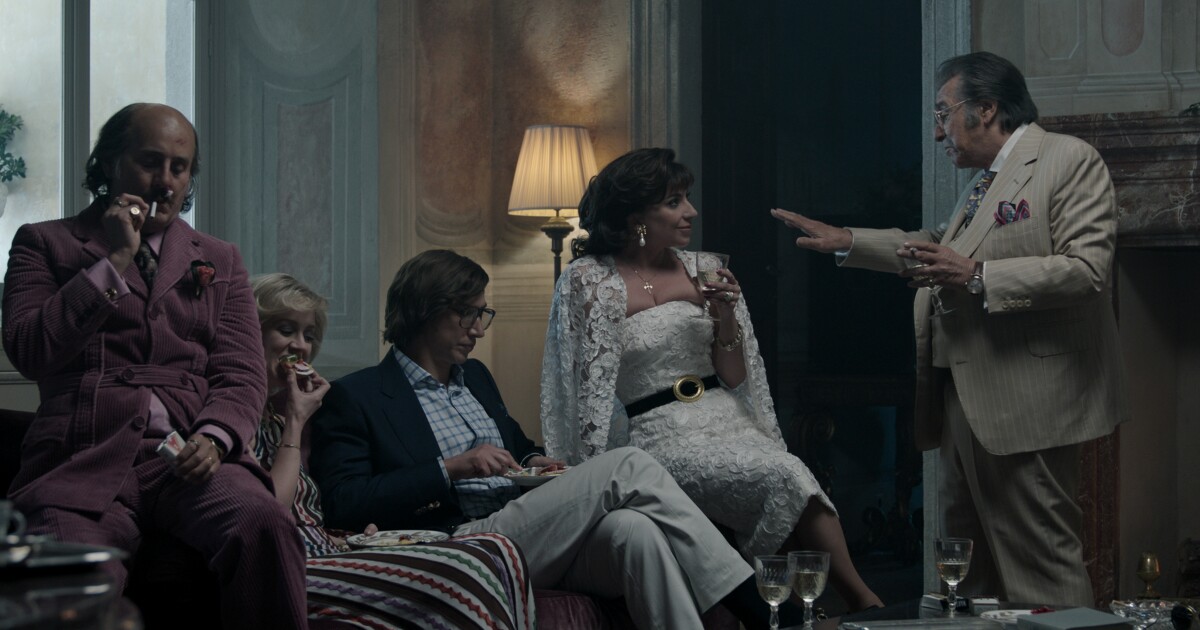 Following her dazzling film debut with “A Star is Born” (2018), Lady Gaga now presents “House of Gucci,” an ambitious and highly anticipated film by Ridley Scott that explores the low instincts and bloody passions that hit the haute couture brand Gucci.

“House of Gucci,” which lands in US theaters this Wednesday, features one of the most luxurious casts of 2021.

But the star of the show is Lady Gaga giving life to Patrizia Reggiani, the linchpin of the murder that rocked the Gucci in one of the most high-profile crimes in recent Italian history.

Reggiani was convicted of ordering the murder of her ex-husband Maurizio Gucci (Adam Driver in the film), who was shot by a hitman in 1995 in Milan (Italy).

Maurizio Gucci was the grandson of Guccio Gucci, the founder of Gucci, and ran the brand from 1983 to 1993.

Since there is no “spoiler” possible here – the story about Reggiani and the Gucci caused a stir and his trial was followed in detail in Italian society – Ridley Scott focuses the interest of “House of Gucci” not on the who but on the because; that is, what led a rich and prestigious family to sink into a labyrinth of betrayals, lies and death.

In a virtual presentation of the film attended by Efe, Lady Gaga admitted that “it was difficult to play a murderer.”

“One of the lessons of this movie is that if the viewer pays too much attention to power, money and privilege, they will be looking at what is not really the real disaster, which is that she was about to order the murder. from her ex-husband ”, she advanced.

“For her there was no money at stake there and I think that people do not know,” he added, assuring that he does not believe that Reggiani married Gucci for money or that he wanted him dead for that reason.

The Oscar winner for best song for “Shallow” considered that Reggiani “had his way for a long time” within the Gucci until “the illusion that he mattered in that family was shattered.”

“As an American woman of Italian descent, I would never go into business with a bunch of Italian men. I think it was a terrible idea on his part, but he really tried and finally backfired, “he said.

A “LABORATORY” OF FASHION
Apart from enjoying the actress again on the big screen, “House of Gucci” has the succulent incentive of seeing Lady Gaga, an absolute icon of fashion, in a film where the costumes, the catwalks and the workshops of sewing are a fundamental part.

Lady Gaga joked that during this movie her dressing room looked like “a science laboratory” with lots of wigs and also pictures of Reggiani’s “looks”.

“But what was really important to me was that her heart shone through it, that the real woman came out of that locker room and that you see her when you saw the movie. Clothes should never be a distraction, “he said, noting that they were very clear about the difference between an imitation and an interpretation.

On the other hand, Lady Gaga ended up delighted with her collaboration with Scott, who is about to turn 84 and is in fabulous shape.

In this sense, Lady Gaga defined Scott as “an architect” and “a legendary artist”, and argued that at all times she felt that her voice was heard and respected.

“I have to say this: ‘Thank you.’ As a woman on set, Ridley, I always felt empowered to speak my mind. I always felt that you cared and supported the women’s perspective, ”she said.

Although perhaps the best compliment from Lady Gaga to Scott was to tell him that he knew how to “create a very good family” among the members of the “House of Gucci” team while they made a film about “a family made shit”.