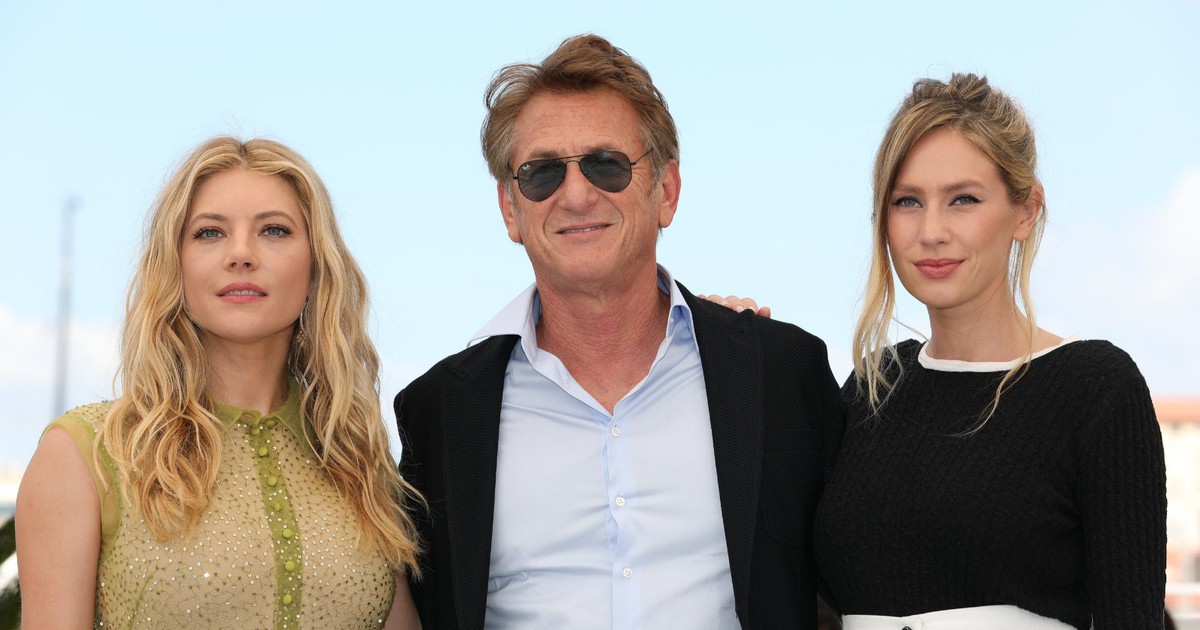 The American actor and director Sean Penn was applauded last Saturday for several minutes at the end of the screening of “Flag day”, a film in which he acts with his children, five years after the sounded boos he received. The Hollywood star attended the official premiere of the film, in contention for the Palme d’Or, with his daughter Dylan, the protagonist of the story, and his son Hopper Jack, who has a more secondary role.

“We trusted the script, with a story that could surprise us and that we hope will surprise the public,” the 60-year-old filmmaker had declared upon his arrival on the red carpet. Based on a true story, “Flag day” tells the life of a father, John Vogel (Sean Penn), who lives off petty theft and who can’t take care of his children.

In 2016, Penn’s film “The Last Face,” starring Javier Bardem and Charlize Theron, was so criticized that it didn’t even hit theaters in the United States. Penn, winner of two Oscars as an actor, first appeared at the Cannes competition a quarter of a century ago with Nick Cassavetes’ “She’s so lovely,” for which he won the acting award. With “Flag day” he competes for the third time as a director for the Palme d’Or (“The last face” and “The oath” in 2001).

Read more: From Orkut to Mandu’arã

“Flag Day” is competing with 23 other films for the highest award, which will be awarded on July 17 by the jury chaired by American filmmaker Spike Lee. So far, eight have been released and the critics have already begun to position themselves. “Annette,” the musical with Adam Driver and Marion Cotillard that opened the pageant on Tuesday, is by far the favorite.

But “The worst person in the world”, the subtle portrait of a thirty-something haunted by doubts – what to study? Who to love? What to do with so much freedom? – He stood as a faithful mirror of the millennials, gaining general approval. It is the last film in a trilogy by the Norwegian Joachim Trier, played by a hitherto little-known actress, Renate Reisnve.

Two films based on real events and starring lesbians were also screened on Friday. Although the similarities end here. The first, “Benedetta”, the long-awaited film by the Dutchman Paul Verhoeven, is a portrait of a lesbian nun in 17th century Italy.

Like the female protagonists of her previous films “Basic Instinct” (Sharon Stone) and “Elle” (Isabelle Huppert), Benedetta, played by the French Virginie Efira, develops a manipulative capacity that turns the congregation in which she has lived since she was a child. .

“The fracture”, for its part, rescues the phenomenon of the “yellow vests” in France, a social protest movement that in 2018 put the government between the ropes. The film, directed by the French Catherine Corsini, recreates a red-hot country: the anger of the popular classes, their divorce with the authorities, and at the same time pays tribute to the nurses, who leave their skin in the emergency services in exchange for much precariousness. All this with a good dose of humor to make it more digestible.

On the other hand, the French actress Léa Seydoux, who starred in “The Life of Adèle” and will appear in the next James Bond, could miss the festival, where she acts in four films, since she tested positive for COVID-19, said on Saturday a press officer.

The contest, canceled in 2020 due to the pandemic, is carried out under strict sanitary measures and all attendees – except vaccinated Europeans – must perform a PCR test every 48 hours. Organizers reported that hardly any positive cases have been detected. “There is no focus in Cannes”, assured the general delegate, Thierry Frémaux.