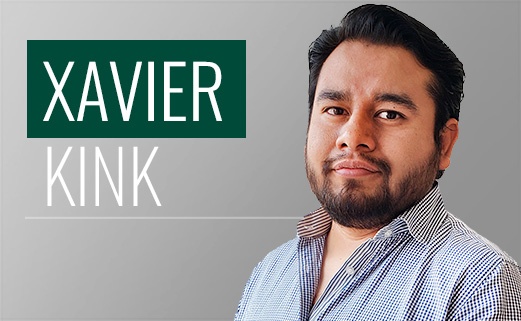 Kristen Stewart began her career in Hollywood very early and as in any industry, prestigious places are highly competitive and of particular difficulty for women, however, she always demonstrated mettle and resilience, something that seemed to falter after, as a Many other actors, his most recognized film role was also a stigma that he would fight to attenuate over the next decade, giving life to Bella Swan, protagonist of the Twilight saga, cost him professional typecasting and media scandal.

After the first film of the vampire saga, Kristen faced the opinion of the public who saw in her the stiff character of Bella, who in the books shows a supposed coldness and detachment that is imputed to Stewart as her personality, however , her interpretation of a character as gray as Bella Swan indicates her acting talent that has shone in the most recent installment of director Pablo Larraín, Spencer, a story about one of the most crucial moments in the life of Diana Spencer, better known as Lady Di, the mythical woman who experienced firsthand the public scorn, the pressure of being part of royalty and the rejection of her husband, Spencer, portrays the cathartic days in which Diana decides to live her own life and face the world more Beyond her image as a saint and princess martyr, a story that since her death in 1995 has fascinated popular culture.

Of all the actresses that Hollywood has crowned as “great performers”, Kristen Stewart was not the first choice of the general public to portray the face of infinite empathy and charity that the media of the eighties and nineties drew on the image of Lady Diana and With the great success of The Crown and Emma Corrin as a young Diana who sees her dreams slowly disappear, Kristen is faced with a major challenge, not only is Diana a highly esteemed character, but also her previous interpreters have failed to some extent in illustrate the way the public and the media have romanticized her, such is the case of Naomi Watts who in 2013 ventured to star in “Diana” a film that portrays the last days of the princess and the rejection of her new way of being. life of part of the nobility and the more conservative public, although interesting, the proposal did not captivate the public or the critics, it was perceived as artificially dark, a side that the spectators were not ready you to see from Lady Di.

It remains to be seen the interpretation of Elizabeth Debicki in The Crown who will introduce us to the Princess of Wales in the period in which Spencer is situated, Elizabeth is an excellent interpreter and retains a very good physical resemblance to Diana; A challenge that before Spencer was great has become gigantic as in an unpredictable turn critics and audiences at this year’s Venice Film Festival have given Spencer and Kristen Stewart, an actress who Many considered it limited and lacking in expression, now it receives praise for its experiential and unpolluted portrayal of Diana, it has managed to turn around a decline that many actors cannot overcome.

We tend to think of actors as celebrities and forget that they are professionals who must compete for their prestige and that quality as an interpreter is extremely expensive, not financially, but professionally, getting the right roles, the right promotion and delivering a quality product That it is entertaining, artistically rich and memorable is very complicated in an art discipline that has been continuously distorted over the last decades, facing the public eye makes the process even more difficult and predisposes us to recognize the actor as artificial among more big is the budget of the film.

For Kristen Stewart the honeys of success did not end with Twilight, they just began with Spencer, a film that is already outlining her to the awards and the coveted Oscar; in the same way we wish to see Robert Pattinson snatch the applause from us with his portrayal of Batman and we hope to see more actors reborn from the ashes and fill the great gap with good roles, good acting and good stories.