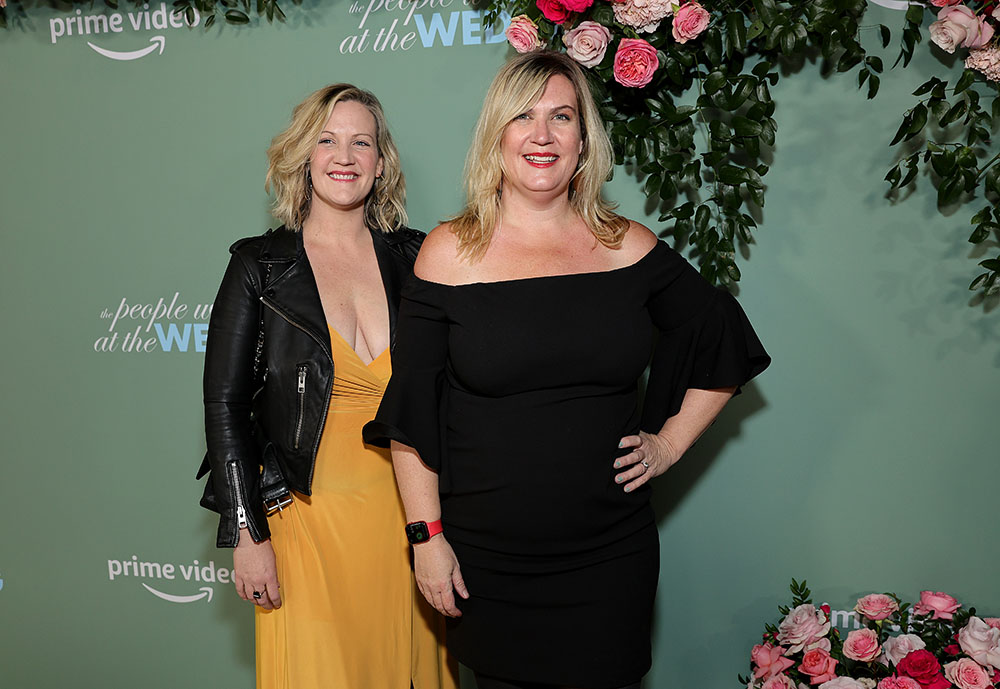 The first scene Kristen Bell shot in Claire Scanlon’s new comedy, People we hate at marriageis one that many might describe as a bit of a nightmare.

“It was 7am and they threw me in the Thames,” Bell explained with a smile Wednesday night as he stood on the red carpet in Westwood, host of the Prime Video premiere. “This river isn’t warm or clean but the minute we were done with this scene we realized, oh, the rest of the movie is going to be a breeze.”

Call it a reward for a dirty job done early on, the rest of Bell’s experience on film played out like a “dream come true.” That was largely thanks to her co-stars. Based on the book by Grant Ginder and written by writer-producer sisters Lizzie Molyneux-Logelin and Wendy Molyneux (The big North), People we hate at marriage follows dysfunctional American siblings Alice (Bell) and Paul (Platt) and their optimistic mother Donna (Janney) as they fly abroad to attend the British wedding of their half-sister Eloise (Cynthia Addai- Robinson). Dustin Milligan, Isaach De Bankolé, Karan Soni, Tony Goldwyn, Jorma Taccone, Julian Ovenden and John Macmillan complete the cast.

“This casting was a lot of fun. They are so fun to be around and we immediately had a family vibe,” Bell said, citing one name in particular. “I was waiting to work with Ben Platt because I’m, like, the number one Ben Platt fan on the planet. As an artist, everything he touches or is part of, I consume. I saw him in concert and I love him so much. I like its existence. Playing the role of her sister and taunting everyone at a wedding was really my dream come true. This won’t be our last project together.

Janney also praised her co-stars. “I thought the script was really great and I knew Ben and Kristen were going to be in it. I met Claire and had a wonderful time talking to her and hearing her vision of how she saw the movie unfold, what was important to her and what she wanted to do was the reason for which I signed,” explained the Oscar and Emmy Award winner. “My opening scene was one of my favorite things to do because it required so much physical comedy, and you get who she is in that scene.”

Platt shares many scenes with Soni as the actors play a gay couple, and Platt said he greatly appreciates their moments playing out as openly as with any straight couple. “It was really refreshing to read the script and see a queer relationship and a queer character whose queerness wasn’t necessarily the subject of the story and whose comedy and brutality was very equal to the other characters in the film, especially in terms of sexuality and their trio,” said the Tony Award-winning actor and performer. “We made fun of him a lot and not of him. I really appreciated the way the writers handled this and I also doubly appreciated our director, Claire, and the care she took for our comfort. She really related to Karin and I, who are both queer, in terms of what feels authentic in a queer relationship and a queer sexual encounter. She allowed us to have a voice and I hope there will be more experiences like that for me and all queer actors.

For his part, Scanlon called it “kismet” that such a talented cast of actors came together to tell a story that, while centered on a marriage, is actually about mending the barriers in a dysfunctional family. “I think we can all relate to a dysfunctional family. I can especially relate to a dysfunctional family – without offending my family,” the veteran director said with a laugh. “I love the message of communication and the fact that if you keep secrets they make you sick, so just let it all out. Let your monster flag fly and the people who love you will be there to catch you. This message couldn’t be better timed with Thanksgiving coming up when we’ll all be together for the holidays.

People we hate at marriage begins streaming on Prime Video on November 18.