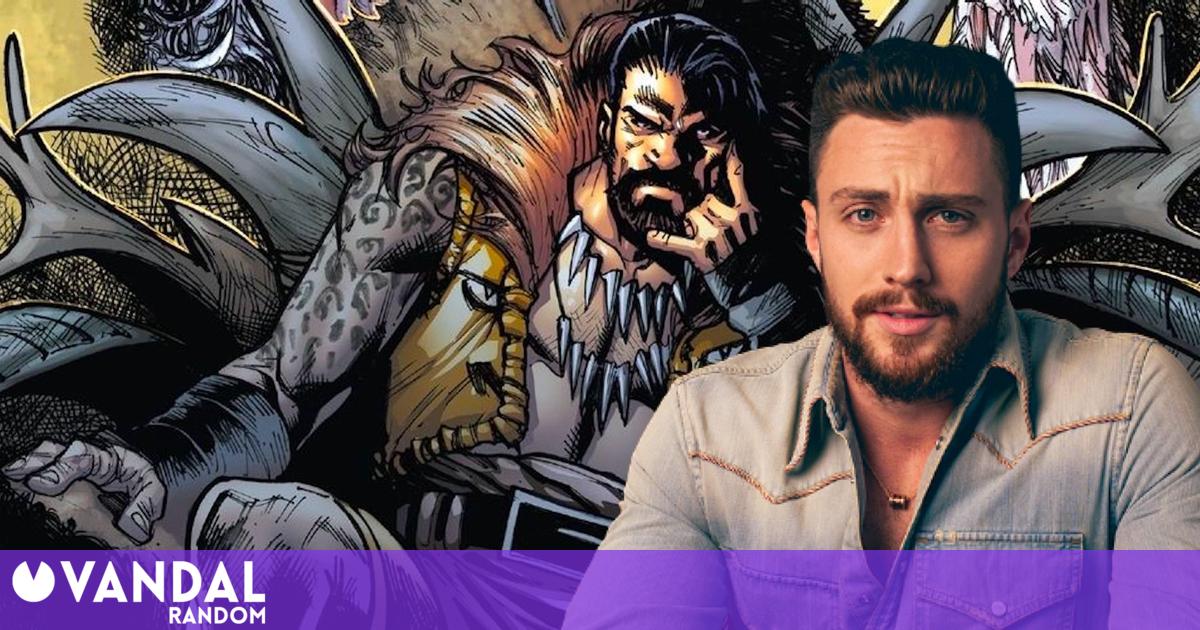 Kraven the hunter or Kraven The Hunter hit theaters in 2023. Sony Pictures has confirmed the release date of the film adaptation of one of Spider-Man’s most notorious villains, an enemy who was featured in issue # 15 of Spider-Man. The Amazing Spider-Man back in 1964 and it has been appearing in various arcs, series and comics. Members of The Sinister Six, was the great protagonist of the story Kraven’s Last Hunt, published in 1987, and the one that gave him the fame he enjoys today. The study, remarks Variety, has announced that Aaron Taylor-Johnson be in charge of giving life to the emblematic character, placing himself at the orders of JC Chandor, responsible for the excellent The most violent year and the success of Netflix Triple frontier.

Sony continues to build its own cinematic universe

For decades there has been speculation about the film adaptation of Kraven, which was one of the constant rumors around the projects related to Spider-man before and after its addition to the Marvel Cinematic Universe. Sony wanted to follow the same strategy as with Venom, developing an own film focused on the character, giving him prominence before a hypothetical crossover and establishing itself in a commercial tactic that has given it great success at the box office. Aaron Taylor-Johnson, who previously played Quicksilver in Avengers: Age of Ultron, has been cast in the lead role, also demonstrating his passion for appearing in an adaptation of a famous comic on the big screen. This tape will be part of the call Sony Pictures Universe of Marvel Characters (SPUMC) and connect with Venom, Morbius and projects still in development such as Madam webb and the film directed by Olivia Wilde.

The character had been awarded by fans to actors such as Jason momoa or Keanu reeves, the latter being the most desired option by Sony for months. This adaptation has a lot of crumb, as Kraven has always been one of the most desired characters in the Spider-Man universe, and one of the most likely to look good on screen. It must be emphasized that different projects based on his figure have been tried to come to fruition over the years, both as a villain in the films starring the arachnid and in ideas about solo films. Sam Raimi tried to include it in his adaptations, Y Marc Webb got to play with the concept to present it in future sequels of The Amazing Spider-Man. Created by Stan Lee and Steve Ditko in 1964, over the years has been gaining weight in the stories of Spidey, Kraven stands out for being one of the world’s great hunters, a former noble run down and full of rage, capable of taking down any prey if he sets his mind to it. Expert in weapons of all kinds and types, is known for track down your trophies and narrow them down with your bare hands, an aspect that he achieves thanks to his physical power and a series of elixirs Y serums it takes to become even stronger and more capable, thereby uncovering superhuman qualities that bring him closer to a wild animal than to a simple man. Taking into account Sony’s plans, if they want to adapt The Sinister Six somehow to the big screen, this movie could be one of the most important.

He is one of Spider-Man’s most notorious villains and his appearance in the movies has been desired for years.

Kraven The Hunter will be released in theaters on January 13, 2023, being produced by the regulars of the film saga Spider-man, Matt Tolmach and Avi Arad and counting on a script from the writers do Art Marcum and Matt Holloway (Responsable of Morbius) and Richard Wenk (The Equalizer). It is quite curious how Sony seeks to find a location in rooms similar to that of Morbius, the adaptation of the Spider-Man villain played by Jared Leto, which will be released in January 2022.