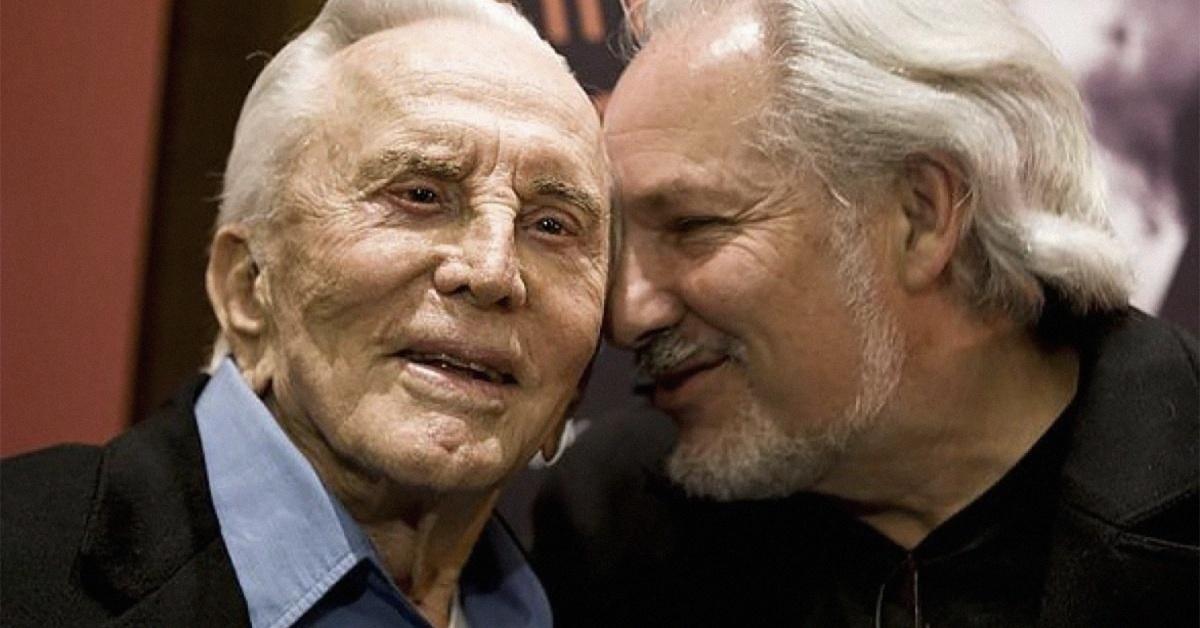 Kirk Douglas He was one of the most important figures in the film industry, perhaps one of the last celebrities to be part of what was considered the Golden Age of Hollywood. In February of last year, at the height of the pandemic, the actor lost his life at 103 years old. Along the way he left behind a legacy of iconic productions and three Oscar nominations, of which he won none. In 1996, the Academy recognized him with an honorary award.

One of the men who worked side by side with Douglas it was Jeff Kanew, that although he became popularly known for having made the peculiar comedy Revenge of the Nerds, in 1984, he had a job in the world of drama where he shared some films with Kirk. The second film he directed, “Eddie Macon’s Run”, was the one that made him meet this figure, with whom he later met again in Tough Guys and on several other occasions, such as when Douglas he was a guest star of “Touched by an Angel.”

The friendship that united them was so great that in the 90s, Kirk It occurred to him to tell his great stories in the industry in a kind of one-man show and summoned him to Jeff to direct it. Known as “Before I Forget”, this work was only seen live and there are almost no records on YouTube or the networks of what it was. The production took place some time after Douglas suffered a stroke and, according to Kanew, there was a family member who called him to ask him to please convince him not to do this show where he would embarrass himself.

Although he trained as a trailer editor, Jeff He says he got tired of working in the restaurant and making the menus. He wanted to be a chef, and although he had not been trained in any institution, he managed to break through an industry as complicated as film. In dialogue with REALPOLITIK he talked about what it was like to work with Kirk Douglas and everything she learned from him.

RP.- When did you meet Kirk Douglas?

In “Eddie Macon’s Run,” the second movie I directed was Kirk Douglas and we became friends, after a difficult start. He became like a teacher, a mentor, because he had a lot of knowledge. That friendship lasted until he died last year. The producer who hired me to do “Revenge of the Nerds” gave me the script for “Tough Guys”, I sent it to him. Kirk, he showed it to Burt Lancaster. It was a challenge. While they loved each other very much, they had a complex relationship, they got very irritated. There were days when everything was fine and others when it was a war. But when the camera turned on everything was perfect.

RP.- What memories do you have of working with him?

I had not studied film and had a lot to learn. Kirk He came to the location to do his part and what I didn’t realize was that he had produced many films, directed, starred in many, and had opinions, many ideas for the film. He sent me a long letter with many questions and suggestions. I thought that as the director and screenwriter was that I had to defend what I wrote. We met in his hotel room and he asked me if I read his letter of like six pages and what I thought. I proposed to read it together and began to reject all his proposals. He was a tough cop from New Jersey, chasing after John Schneider, and he has to interrogate some peasants. He told me that he did not want to question the woman, that he wanted it to be a seduction. I told him no. And he says, “I made some movies, you know? I won’t always be right, but I’m not always wrong,” and he kicked me out of the room.

RP.- How did you amend that problem?

The next morning his driver knocked on my door to tell me that he wanted us to go to the filming location together. He tells me: “Look, I took the job because I liked your first movie, I read the script and I liked it. I’m not trying to ruin everything, but I’m telling you from experience, if you’re going to work with actors, you can’t reject everything they propose. At least it has to look like you’re willing. ” I apologized and told him I was on the defensive. And he told me that what he meant by seduction was not literal, but instead of violent interrogation, be more gentle. From then on, he taught me a lot.

RP.- How did you get to direct your documentary?

A while passed, we remained friends. In 1999 Kirk He did episodes of “Touched by an Angel” and asked if he could direct and they said yes. Since 1999, he was the only person who hired me. They invited him to shoot in Minsk, in Russia, and he said yes if I directed. They gave me the job, but he realized it was four months there and he left, but I stayed. It was a very rare experience. Then I made a movie with the grandson of KirkUntil one day he told me: “I’m writing a solo show and I want you to direct it”, I had never directed in theater but I said yes. This was called “Before I Forget”. But it was his concept, his writing, and I was the third eye seeing from the outside and giving my opinion.

Make that one-man … Someone from your family, was not Michael but I won’t say who, he called me and said: “Don’t let him do this show, he’s going to be ashamed.” He had already had a stroke and it had affected his speech. But he did therapy to get it back. It’s amazing how he got over it, did three shows and they were perfect. They wanted to take him to New York, but he said no, that he couldn’t do it again, that he was exhausted. Some years ago he called me because he had written a book called “Letters of love” between him and his wife, which compiled the letters that were sent, with photos. It was very nice. He said that the people who were going to enjoy it and wanted to do it as a play, with his grandson and granddaughter as Kirk and his wife. We adapted it but the theater did not want to do it unless Michael O Kirk were involved. We put it aside and then Hugh Jackman He received the award Kirk DouglasShe met him, had read the book and asked someone if they had thought of doing it as a play, they told him they had an adaptation, and he said, “With my wife we ​​would love to do it.” And so it was, after several rehearsals, we did it. It was a single night and it was magical. I think it was the last thing I did.

RP.- He said that a relative called him to convince him not to do the show. Did you tell Kirk?

No. I said if you want to talk to him, do it. But I told him that doing this was what kept him energetic, alive, and I would never tell him not to. And it turned out very well. Maybe they were worried. It was weeks before she had her stroke when she received the award for her career at the Oscars and she struggled a lot with a therapist to talk. All he was going to do was go up on stage and say “Thank you” which was the most he could say at the time. But it was Kirk Douglas and an actor somehow got on and said a lot more. It was great.

RP.- He worked as a trailer editor and appointed Mel Brooks and Woody Allen. Who is the funniest of the two?

In the life, Mel. The movies of Woody They are very funny, those of Mel, too. I did a lot of things with Woody, because instead of making a traditional trailer, I filmed him talking about his movie, in the editing room. I filmed him a couple of times in every movie, but when I worked with him he wasn’t fun at all. And don’t try to make him laugh, he’s not going to make you laugh. Only when the camera was on. MelInstead, it was fun all the time, he never turned it off. They’re both brilliant, but it was more fun to be with Mel. (www.REALPOLITIK.com.ar)

If you like what we do, we ask you to help us continue to carry out our journalistic task with the greatest independence and objectivity possible.

We invite you to collaborate with realpolitik

What do you think of this note?