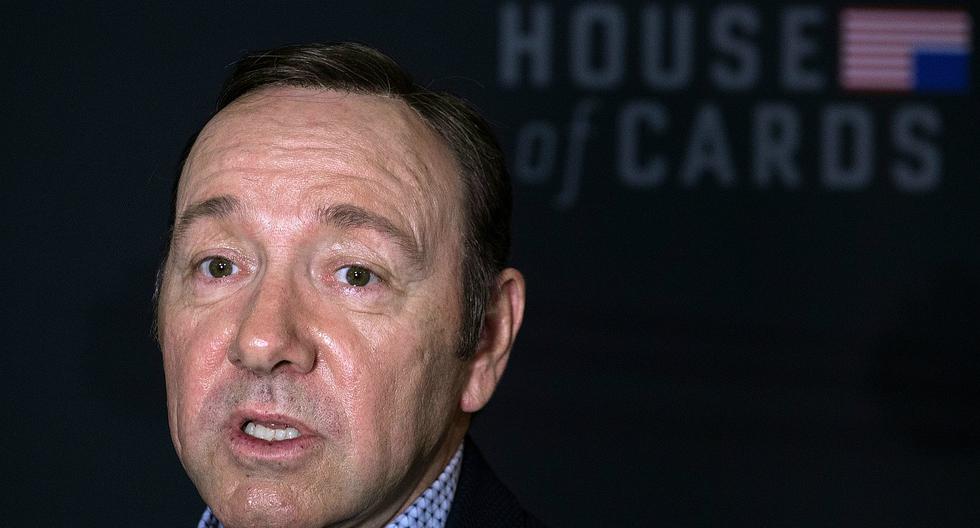 This Owl reads in trome.pe that an arbitrator of the United States justice ordered that the actor Kevin Spacey paid the production company that made the ‘House of Cards’ series about $ 31 million. This court concluded that Spacey, interpreter of the politician Frank Underwood in the fiction series, breached his contract by violating the company’s sexual harassment policy.

Several years have passed and the actor has been denounced by a dozen men and described as a ‘sexual predator’. In his career he has won everything. Oscar, Emmy, Golden Globe Awards. But he couldn’t help it Anthony Rapp, An actor from the series ‘Star Trek, Discovery’, also from Netflix, will tell what happened in 1986, when he was only 14 years old and Spacey 26.

According to Rapp, he attended a meeting organized by Spacey without older companions. “When everyone left, I decided to go home and Kevin, apparently drunk, stood at the door. He was trying to seduce me, he was trying to have sex with me. He grabbed me and threw me on his body, but I got away ”, reveló Rapp a ‘BuzzFeed News’.

At that party, Spacey celebrated having his first movie role. This was ‘The Difficult Art of Loving’ (Heartburn), directed by Mike Nichols and starring the greats Jack Nicholson and Meryl Streep. His role was insignificant, but it must have tasted glorious. That is why a ‘bombshell’ was sent. I do not know why the attacked actor took thirty-one years to make public that testimony that furiously hit the image of the Hollywood star. But what surprised me at the time were the award-winning actor’s excuses for such a serious accusation. Kevin’s public statement, issued a few years ago, read: “As those who know me already know, in my life I have had love affairs with both men and women. I have loved and had romantic encounters with men throughout my life and now I have decided to live as a gay man. “

And then he claimed to be ‘horrified, but did not remember the fact’, and ‘apologized for inappropriate drunken behavior.’ I’m still trying to understand Spacey’s situation: Was he trying to justify the attempted rape of a minor because he is gay? Does the fact of not being heterosexual, of not liking women, give him the right to abuse a minor? Please!! He seemed to believe that ‘coming out’ could ‘soften the alleged crime’.

How loud and outrageous it must have been for a parent of an abused child to hear the justification of an alleged abuser. Predictably, the gay community reproached Spacey’s reprehensible action. He was in his right to go public and assume his sexual orientation without embarrassment, like many Hollywood actors, but not bound by a terrible accusation, which he did not even deny.

In the United States, justice fiercely protects minors from sexual abuse. A legendary and sobering case was carried out by the American Justice against the award-winning director Roman Polanski. The Pole was accused of having sex and taking drugs with a 13-year-old teenager, Samantha Geimer, in 1973.

Despite having spent several decades of such an execrable crime and that Geimer herself requested that her case be closed, probably because she received large compensation from the award-winning Polish director, the highest American judicial authority has him as a stubborn criminal and only hopes that Roman lands, distracted, at the airport of a country with an extradition treaty with the United States to take him from the wicks to a court and from there to jail.

This Owl is forced to think, How many more boys and girls could have been abused by Spacey, being already a millionaire actor, consecrated and with power, and whose cases are still unknown?

Surely, as in other circumstances, they will continue to appear. I think of Michael Jackson, also accused of subjugating minors who visited him at his ‘Neverland’ ranch, in California (United States), and it disgust me. The only thing left for us to do, as parents, is take good care of our children. Do not forget that ‘faces we see, but hearts we do not know’.

I turn off the TV.

Kevin Spacey: The Fall of a Sexual Predator in the Eyes of The Owl