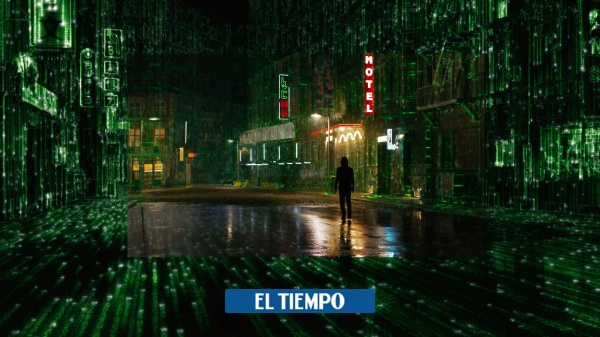 Neo dodging bullets, arching his body back, or walking on walls, in movements that in the physical physics of a mortal are not possible. But for him yes, because he is the ‘chosen one’. It was 1999 and the spectacular effects of The MatrixAs well as a deep and transgressive story that touched on philosophical and even religious themes, they put Lana and Lilly Wachowski, then the directors and screenwriters Andy and Larry, the Wachowski brothers, in the mouth of the world.

By then, the protagonist of what would be a trilogy that would shake science fiction cinema had already played intense and interesting roles: Keanu Reeves He had starred in The Devil’s Advocate alongside Al Pacino; shared with Sandra Bullock in the exciting action film Speed; chased a notorious bank robber and surfer on Kathryn Bigelow’s Point Break; He was a lawyer in Ford Coppola’s Dracula, and he put himself in the shoes of a young man seeking his destiny in the drama My Own Private Idaho, in which he shared with his late good friend River Phoenix. But nothing compares to Neo, or Thomas Anderson, a systems programmer and hacker who had to choose between the blue or the red pill in The Matrix to begin a journey of no return.

(We recommend: ‘The Matrix: Resurrections’ and ‘Batman’, Warner Bros bets)

Today, Reeves is 56 years old and 22 years have passed since his big push to stardom. He is still a quiet man, a lover of social causes, animals, and who is famous for riding the subway to return home. Next week he will return as Neo in The Matrix: Resurrections (Matrix: Resurrección), written by the Wachowski sisters and directed by Lana.

“When Lana looked for me to come back it was a very exciting moment,” recalls Reeves in an interview provided by the studio. As happens to his character in The Matrix, the actor had to refresh his memories and skills to return to the scene in the new film.

In addition to Reeves, in The Matrix Resurrections Carrie-Anne Moss repeats and talents such as Jessica Henwick, Yahya Abdul-Mateen II, Neil Patrick Harris and Jonathan Groff make their debut in this universe.

Reeves shared his experience in the new Matrix, which will premiere in Colombia on Thursday, December 23

Did you enjoy the structure of the film, which goes back and forth?
​
Yes, especially because of the character I play. I thought it was really interesting, in terms of film and narrative structure, how Lana was dealing with the past and the present, not only for the characters in the film, but also for the audience that sees her. I think the use of flashbacks is very enriching, along with some of his editorial choices and the way he brings the audience into the story and allows us to stay connected to the character’s current journey as the film unfolds.

How did it feel to put yourself back in Mr. Anderson / Neo’s shoes?
​
It was nice. The character has a sense of questioning and also has experience and knowledge. So with that, there are moments in the movie where he asks, ‘Is this worth it? What really happened? What does it mean?’. I think it is a haze between memory, fiction, reality, truth, perspective, systems, control, personal perspectives … That kind of kaleidoscope that Neo goes through and that has its references. There are many names that appear in moments that speak of the past and are inspired by it, who have made certain decisions and face them: ‘What have we done? What are we doing? What do we hope to do? ‘ Not only for humans, but also for artificial intelligence, other types of beings that feel. This tapestry, this kaleidoscope, was quite deep and it was a pleasure to play it.

Lana is a brilliant writer and director. What was your experience comparing the work of 20 years ago with that of now? Has your style changed a lot?

Yes. The filmmaker that I worked with in the late 90s and early 2000s and who I now work with on Resurrections was familiar, but he had also evolved, I would say that he lived through a revolution. He was a filmmaker who looked into monitors and was interested in artificial light and who is now fascinated, interested and recognizing the power of the sun. The filmmaker who was seeing things quite objectively on the monitors is now standing next to the camera operator and guiding him through the shots. Someone who is interested in rehearsal now is not rehearsing, they say things like ‘you learn by doing’, but you do it in front of the camera. It is a different way of working, it is a fundamental change and he made it very exciting. Not that the other way isn’t exciting, but this one is much more exciting.

Tell us about Carrie-Anne Moss, who returned as your partner in this movie …
​
She is so special, Carrie-Anne is a pleasure to work with. The duality of our characters is united by love. It is a pleasure to play the connection that Thomas Anderson and Trinity have, and she is an exceptional artist, a righteous soul. It was a real pleasure working together again.

‘The Matrix Resurrections’ talks about taking a leap of faith. For Neo it is literal. How was the training this time, the physicality and the fights that evolve in this saga?

It was very similar to the training I had for past movies. I guess the most important thing this time was that Carrie-Anne and I jumped off a building. That was different. We work with Scott Rogers, who designed all the cable and architecture at the time, he’s someone I’ve worked with before and I have complete confidence in him. I thought it was really cool that Lana wanted our characters to jump off a building and not do the scene in a computer generated environment. She gave us the opportunity to do something and have an experience that we had never had before.

What do you hope audiences experience when they see the movie?
​
I hope you find it interesting and inspiring, have a good time, laugh and cry, have a good livelihood, good food for thought, and have wonderful fun with the experience of seeing it.