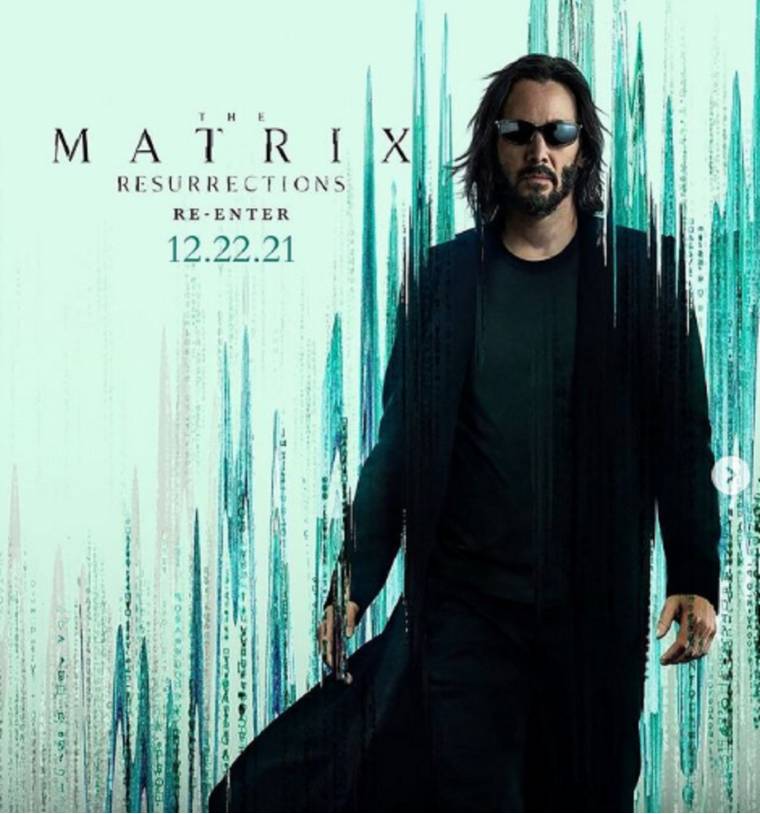 Back on the personality of the hero of The Matrix photo credit: Instagram screenshot

From his personal fortune to the multiple donations he makes to associations, Keanu Reeves is probably one of the most famous and atypical actors in Hollywood. An icon of pop culture that has settled in people’s minds since the 1990s and that the entire planet is discovering with the Matrix saga. The 4th episode is currently in theaters.

This is the year when the actor became known to the general public through a cult buddy movie: Point Break. Keanu Reeves plays an FBI agent responsible for infiltrating a group of surfers suspected of committing multiple robberies in Los Angeles. The actor replies to another icon of the 1990s, Patrick Swayze. The film cleverly combines virile friendship and extreme sports and becomes a reference in pop culture. From Brice de Nice to Fast and Furious, there are countless films that multiply the nods to Point Break. Directed by Kathryn Bigelow, it is a real commercial success with a worldwide box office of more than 83 million dollars. If Keanu Reeves bursts the screen, he was not expected to play the title role. Initially, the names of Matthew Broderick, Johnny Depp, Val Kilmer and Charlie Sheen were put forward.

This is the number of films in the Matrix series. If Keanu became known with Point Break, he explodes with the Matrix saga, directed by Lana and Lilly Wachowski. The films, which retrace Neo’s journey inside the Matrix, are a worldwide hit with $ 1.6 billion in box office receipts. We discover a Keanu Reeves expert in martial arts at the top of his art. Coached by choreographer Woo-Ping Yuen, he trains for months before filming to be able to perform as much stunt as possible on his own. The actor will also take many risks and suffers multiple injuries.

It is the consecration. Keanu Reeves gets his star on the Hollywood boulevard walk of fame. Created in 1958, this sidewalk in the Hollywood district of Los Angeles pays tribute to the actors and actresses who have marked their art. In 2019 there were 2,621 stars. The site attracts nearly 10 million visitors each year. Curious people looking for the name of their favorite star, etched forever on these 80-centimeter square slabs made of terrazzo.

This is the value of Keanu Reeves according to Forbes magazine making, in 2019, the actor one of the highest paid comedians in the world. The Matrix saga and that of John Wick have largely contributed to enriching the Canadian actor who is known for never showing his fortune. Far from being bling-bling, Keanu Reeves is extremely discreet about his personal life and his lifestyle.

It is the discount on his salary that the actor would have accepted so that the production could hire Gene Hackman in the film The Replacements. Because if Keanu is one of the highest paid stars in Hollywood, he is also one of the most generous celebrities in show business. He would have donated between 35 and 90 million dollars of his salary to finance the special effects and costumes of the first Matrix. Some American newspapers even claim that he gave Harley-Davidson motorcycles to the main actors and actresses of the film. A member of the Matrix technical team would have even benefited from a nice bonus given by the actor “himself”. Keanu Reeves still takes the metro and has a reputation for regularly giving a lot of money to humanitarian associations without advertising it.

The success of Matrix in 5 key figures


With a box office of over $ 1.6 billion, the Matrix saga is one of the biggest Hollywood hits in the history of the industry. The first episode of the saga remains to this day the highest grossing with more than 466 million dollars in revenue at an estimated cost of 63 million dollars and won 4 Oscars. The success is such that a good part of the adventure and the story continues on video games with 3 games supposed to bring new elements to the original story.

Towards a slow recovery in cinema attendance

10 athletes who have become actors

Keanu Reeves: the star of the Matrix in 5 key figures