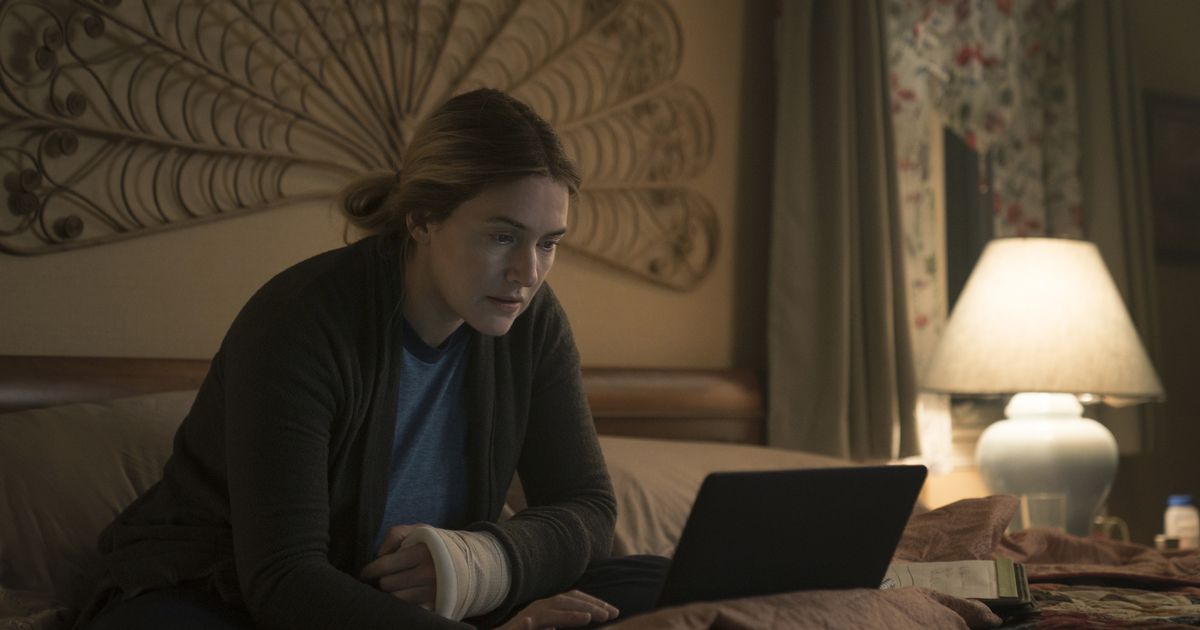 In this HBO miniseries, English actress Kate Winslet plays a policewoman investigating the murder of a teenage girl in a small town in Pennsylvania. An honest and touching portrayal of family and community ties, currently on RTS.

A legend in Easttown for her basketball background, Detective Mare Sheehan (Kate Winslet) must investigate the recent murder of a teenage girl in this fictional town in Pennsylvania. But it is difficult for her to permanently live up to her reputation as the city’s heroine, especially since she has to face several hard knocks in her personal life.

“Mare of Easttown” was created by Brad Ingelsby, a native of the area: “Easttown is a mixture of several towns in Pennsylvania, around where I grew up”. In a making-of available on the HBO website, Ingelsby explains that his goal was to “show these communities that exist, that don’t get on TV often, in a heroic and noble way, and also really sympathetic.” Mission accomplished.

Of course the investigation is catchy, but what makes the strength of the series is the representation of Easttown and the links between its inhabitants.es Because the small town is more like a big family: everyone knows each other, knows everything about the life of his neighbors, argues and sticks together. Through the investigation and the central character of Mare, the series skillfully shows how “our family ties and our past define our identity and our present”.

It tackles dark themes such as suicide, mourning, drugs, but also presents funny scenes, for example in the exchanges between Mare and her mother, or when the detective is preparing for a date. This balance between heaviness and lightness makes “Mare of Easttown” a particular, realistic and touching series.

>> To see, the second episode of “Mare of Easttown”:

Ten years after “Mildred Pierce”, the British actress Kate Winslet returns to television in the title role of this fiction in seven episodes of which only five have been broadcast so far. Her performance as a battered and compassionate policewoman was unanimously hailed by critics. For the role, the actress (also an executive producer) had to learn the Delaware accent, one of the most difficult she’s ever had to do, she told the IndieWire online media. She also worked for several months with the local Pennsylvania police to make her performance more realistic.

Aside from Kate Winslet, the rest of the cast are also very fair, notably Jean Smart (who played an excellent First Lady in “24 heures chrono”) as Mare’s mother, and Evan Peters (a regular at “American Horror Story “, then” X-Men “) as an outside look teammate in Easttown.