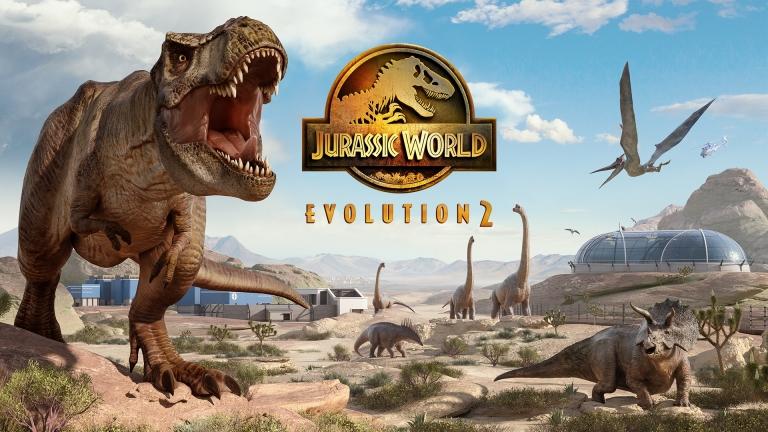 After the success of Jurassic World in 2015, Universal decided to call on Frontier to offer a game that will accompany the release of the next film Jurassic World: Fallen Kingdom. The studio has already shown its know-how in terms of management games with Planet Coaster and Planet Zoo and therefore offers us in June 2018 a game in which we can manage our dinosaurs with a desire not to complicate the game mechanics too much to stay accessible to the general public. Universal does not skimp on the means and Jeff Goldblum even comes to reprise his role of Ian Malcolm as a voice of conscience for the player and we had the chance to talk to him about his work, which he will reprise for Jurassic World Evolution 2 in addition to his role in the next film.

The actor takes in any case his role as ambassador very seriously. “I’m very happy to be a part of it, even in a tiny way. […] It’s been a great experience, it’s unexpected to be able to continue to play that role and deepen this lovely character and continue to work with these talented people both in movies and games. ” If Jeff Goldblum explains to us that he is not a great player himself, he fully understands the contribution that a video game can have compared to a movie. “It can take a longer format, move more slowly, with a pace and a way of exploring these different aspects.”

It is especially the opportunity for the actor to develop his character of Ian Malcolm in more depth while playing the voice of reason for the player as he builds his park. “Ironically, I hate that Malcolm is always right, but his intelligence and wisdom, life and extremely precise area of ​​expertise are part of him. Malcolm has a profile to which I am very attached and which brings me a lot of pleasure. […] The character has, in my eyes, a richness which allows to fill a few things in the games (compared to the films), to elaborate on his way of thinking, his feelings and his opinions with a little humor and these are things that are rarely mentioned in some films. ”

But the big more that a game like Jurassic World Evolution brings to the character according to Jeff Goldblum is that it brings the player to thinking on Ian Malcolm’s Chaos Theories. “In movies, the viewer gets involved, but not in the same way as in a video game, which is more interactive and proactive and makes the player wonder ‘what’s the right thing to do?’ This character thinks about large-scale questions about the environment, cohabitation and how to deal with animals and other species in addition to these sophisticated ideas on chaos theory. […] These aspects are approached differently in video games, especially for the gamer, and I like that. “

We had to ask the actor if preparing your role for a video game was so different than for a big Hollywood production, as well as the place left for improvisation. “Let’s put aside the obviousness of having to do our hair and the character’s body language for films, we compensate for all that in other ways. We are less embarrassed by untimely breaks in filming and we have the impression of doing more “true acting”. You can expand on the character, it’s more creative and you can afford to make the character say things and thoughts in addition to that he wouldn’t say otherwise. I made a few changes to my lines, but the work of the writing team was already superb. ” See you on November 9 to discover the result from his work.